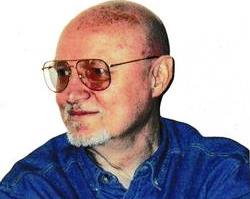 Bernd Magnus, UCR professor emeritus of philosophy and Holocaust survivor, died Nov. 3. Magnus was born in Danzig, Germany where he and his family escaped the Nazi concentration camp of Bergen-Belsen and moved to New York.

After earning his undergraduate degree at the City College of New York and his graduate degree at Columbia University, Magnus began teaching at UCR in 1969. He was appointed as associate dean of CHASS where he served as an advisor to chancellors like Tomas Rivera. Magnus retired in 2009.

Magnus was instrumental to forming the PhD program in the university’s philosophy department and converting it into a center for European philosophy. “Over the years, the (philosophy) department has attracted a large number of graduate students, many of whom remember him fondly for his energy, his generous support, and his influence on shaping their research interests,” said Erich Reck, the philosophy department chair at UCR in a farewell newsletter.

Magnus was a renowned scholar in Friedrich Nietzsche’s writings as well as nineteenth and twentieth century philosophy. He wrote two pioneering books on Nietzsche, co-edited the influential Cambridge Companion to Nietzsche, served on the editorial board for the Complete Works of Nietzsche and was the founder of the North American Nietzsche Society. He also received a prestigious Guggenheim Fellowship for his research on Nietzsche.

Delivering his eulogy, Rabbi Suzanne Singer speculated on his interest in these fields. “I suspect that what really drove him to plumb the depths of the German philosophical mind was a very different, and much more traumatic experience in his childhood,” she said, referring to the fact that Magnus was a Holocaust survivor.

Magnus had written extensively about his experiences during the Holocaust. When Magnus was 4 years old, he and his family spent a year and a half at Bergen-Belsen, a concentration camp in Germany, and they were transported to Auschwitz when their train was bombed by American troops. They escaped and eventually came to America.

Magnus wrote about the importance of writing his memories of these events. “I became haunted about eight years ago by the realization that when survivors in my age group are dead, the last living connection to the Shoah (the Holocaust) shall also probably have been extinguished. That is one reason why I agreed to publish this essay,” he said in an essay entitled “Holocaust Child Reflects on the Banalities of Evil.”

Some of his memories include visceral reflections on concentration camp life. “We were rounded up, massacred and buried anonymously in mass graves in others. Occasionally, infants were thrown out of infirmary windows to see if the camp guards could spear them on the bayonets attached to the guards’ rifles. In the camps that had the earliest fully operational gas chambers and crematoria, we were among the first to be incinerated. Still others died of starvation,” Magnus wrote.

Magnus married one of his graduate students, Lore Woodcock, who now survives him along with two sons and two grandsons.

His memorial service was held at Temple Beth-El in Riverside on Nov. 10. The UCR department of philosophy also holds an event in his honor every year entitled the Magnus Lecture in which a different internationally acclaimed Nietzsche philosopher comes to campus to discuss philosophy.