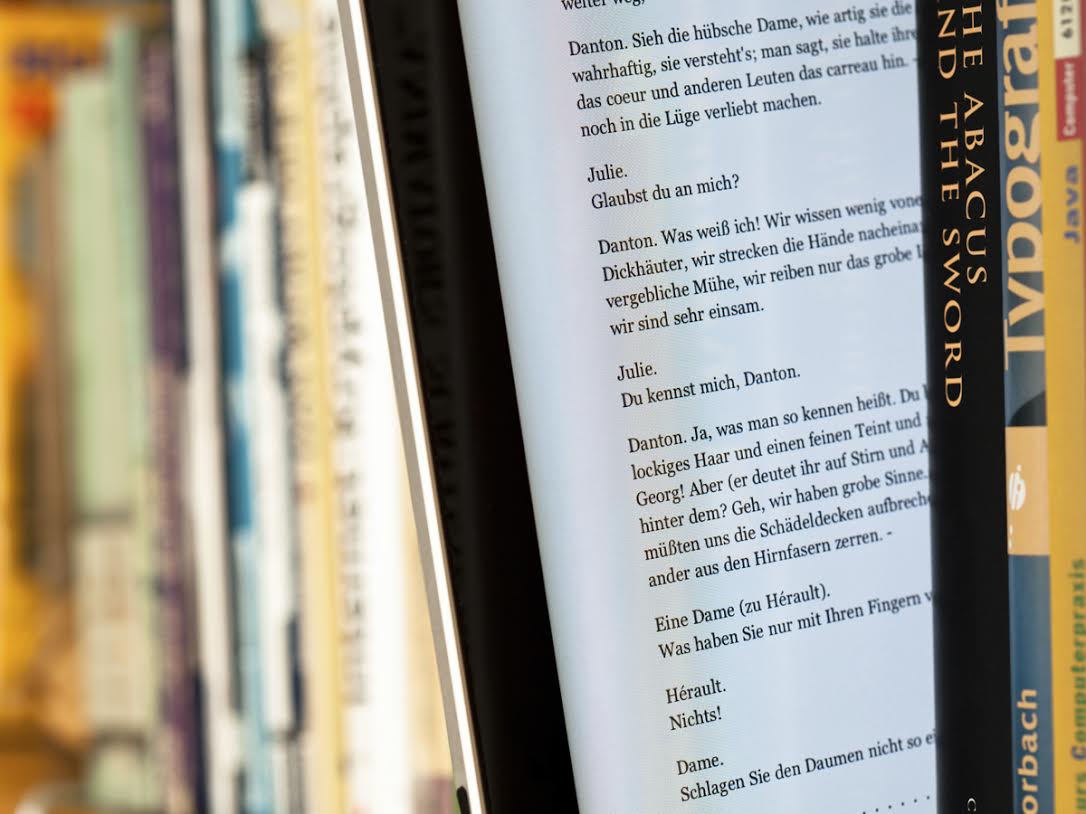 As we enter the third week of the quarter, students are now (or have been) getting deep into their required textbooks. At least, most of us are. I was one of the unlucky ones who is part of a large class, with over 250 students, and I realized, too late, that the campus bookstore didn’t order enough copies of the textbook. No big deal — I always use Amazon anyway. So I jumped online, and my mouth dropped open when I read “out of stock, will ship in two to three weeks.” The class was going to finish the book way before that. What about the library? Yeah, they have a copy — but somebody already checked it out. My final solution? I bought the book from a used seller on Amazon, paid $14 extra for two-day shipping, and received the book over the weekend. Don’t feel sorry for me, though — the book was only $25 to begin with. See what textbook pricing will do to your perception?

The saga didn’t end there, though. A day after I ordered it, the student who got the library copy before me scanned the first 80 pages into a digital format and shared that with the professor, who then shared it with the class. No names, and strong insistence that we buy the book to finish it. UCR doesn’t condone or support copyright infringement in any way. Nevermind if the book isn’t actually available via legal means for students when we need it, causing them to use an illegal digital copy or else fall behind in class.

It’s surprising that Amazon ran out of stock, but, in their defense, the textbook in question was published in 1993, and their business model is not beholden to one single class at one state university in this country. The same is not true for the campus bookstore. However, while running out of copies of a required book is at first glance ridiculous, on deeper consideration, what is the bookstore going to do? They can’t buy a copy for every single student; according to an NPR article, students are purchasing far fewer textbooks today than they were 10 years ago. Many students don’t use the bookstore even when they do buy the books; they go wherever they can find the cheapest price. If the campus bookstore bought a book for each and every student, most would probably end up going back to the publisher, and that business deal would lose money for both.

So, what’s a viable solution to this mess? E-books! Now, hear me out. In 2012, Tom Malek, Vice President of Learning Solutions for McGraw-Hill Higher Education, wrote an article for Forbes in which he addressed the situation with digital textbooks. At that time, though e-book sales in general were booming and have continued to grow to this day, the same was not happening for digital textbooks — only “3 percent of college students (were) purchasing e-books.” He attributes this to a combination of two factors: familiarity with print as opposed to digital, and pricing. While I understand the difficulties of both, they should not prevent publishers from e-textbooks as an option for students.

In the digital format, there is no limitation of space; therefore, no limitation on copies purchased. There’s no waiting for the book to be shipped — it is instantly accessible from your e-reading device of choice. There is a downside, though: Many students simply like to do their studies with print. So do I, actually. It’s easier on the eyes to read a page than a lit screen. Many professors also emphasize taking notes and highlighting, things that are much easier to do with print than with digital copies. This can be worked around: I personally write notes and quotations in a separate notebook. This leads to a question, though: Why can’t we write margin notes on the digital textbook? There are some dedicated e-readers that allow this, but they’re pricey; this feature should exist on all devices with touchscreens. Why can’t I scribble something on the screen, which is then stored separately from the textbook but linked to it, which then allows me to see those notes when I load the textbook again, toggle my scribbles on or off or zoom in on the text to make smaller notes literally between the lines? The Kindle has a form of note-taking, but it’s not all that great for study. A feature allowing doodling would do a lot to improve the digital textbook experience.

What about the problem of price? Malek claims that digital and print textbooks alike are priced based on the research behind them, not necessarily the costs of manufacturing and distribution. This is missing the bigger picture, though, and I’m going to use Steam as an example. Steam is a video game distribution store, done entirely digitally. If you are a gamer, you know all about the Steam sales-events where Steam sells games for ridiculously low prices. Here’s the catch, though: You can only play those games through the Steam service, and you cannot resell or return them. Does this really matter to me if I only paid $20, though?

Digital textbooks, especially those hosted on publisher websites and dedicated e-reader stores such as Amazon, come with the exact same limitations (though Amazon does allow a small window for returns). With a digital textbook, publishers don’t have to worry about a used-book market, in which one print copy ends up distributed to dozens and dozens of students, while the publisher doesn’t see a dime after the initial sale. Furthermore, Amazon has shown that renting digital textbooks can work very well, with copies being distributed in perfect condition from one student to another and publishers seeing money come from that.

Ultimately, though, it’s about options. Students should have the option of purchasing a digital textbook if they wish, at a lower price that the publisher is guaranteed to actually receive, and there absolutely should be software that replicates and even improves notetaking. It boggles the mind this hasn’t officially happened yet.