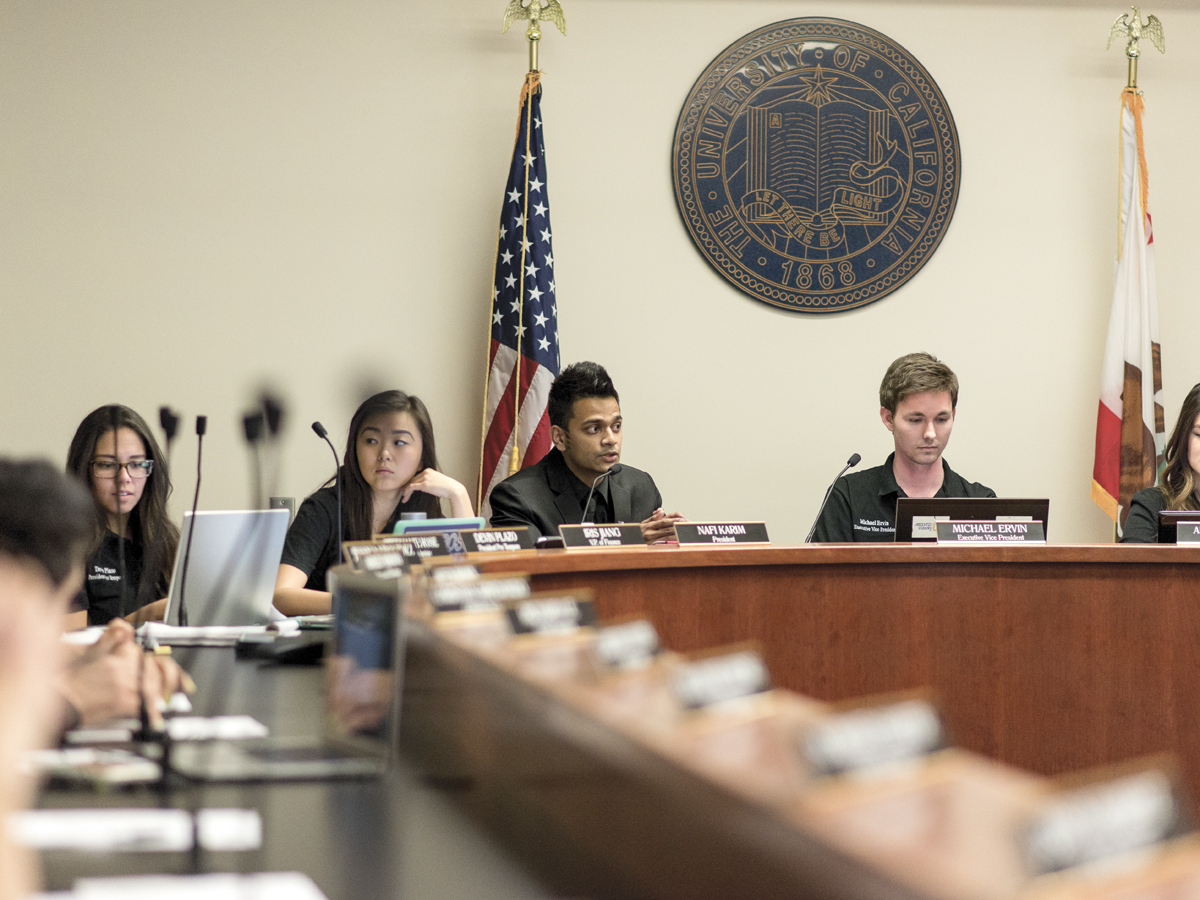 At their first meeting of the winter quarter, ASUCR discussed topics such as professors assigning their own books to their classes, as well as proposed changes to bylaws that would decrease the amount of time senators have to review legislation.

Senator Akeem Brown sees the practice of professors assigning their own books as unfair to students, who are already paying thousands of dollars in tuition and supplemental fees to go to school.

“The purpose of a lecture is for the professor to share their personal knowledge and understanding of a subject,” Brown said. “Just because it is in a book doesn’t change this … The students already pay for the professor.” He compared purchasing a professor’s book to

“paying fees twice for the same professor’s knowledge” that he believes should already be covered by a student’s tuition.

Brown later likened the professor-student relationship to a parent-child relationship to further articulate why he thinks students are entitled to professors’ knowledge. “How would my father appear to me If he sold his knowledge to me, his son, which is very similar to a teacher-pupil relationship,” he said.

Brown’s concerns received mostly positive feedback from members of ASUCR. Vice President of External Affairs Abraham Galvan weighed in, saying, “It’s definitely something worth looking into and I think a lot of students would appreciate that

However, Vice President of Internal Affairs Fernando Echeverria cautioned Brown that there are legitimate reasons why a professor may assign his or her own book, citing, among other reasons, the need to supplement the limited amount of time professors have to lecture with other material.

Brown’s first step is to investigate book sales. “We will contact publishers and ask for total book sales of a particular book between fall 2014 and winter of 2015,” he said in an interview with the Highlander. “It is my intent to determine if the bulk of purchases are by students.”

The next step, he said, would be hearing from both professors and students on the issue. “After analysis of the data and feedback from students and professors, I will decide the best course of action,” Brown said.

President Pro Tempore Devin Plazo brought up a separate initiative to revise ASUCR’s bylaws. One revision would decrease the amount of time in advance the President Pro Tempore must submit legislation to ASUCR for review before it is presented on the senate floor to be voted on.

Chapter 13 section 3(g) of ASUCR’s bylaws currently requires the President Pro Tempore to “submit all new/updated legislation to Senate one (1) week prior to its vote,” but the Legislative Review Committee (LRC) has proposed to change the required time to 48 hours.

“A week often leaves a lot of time to procrastinate and pushes things back a lot further,” said Plazo. “I think 48 hours would be sufficient and would keep us efficient at staying on top of all of the legislation.”

Plazo also felt that because the LRC holds its meetings on Mondays, it would be convenient to “just send the legislation out right after,” giving members of ASUCR the two days before senate meetings to review it.

Since the current bylaw still requires that legislation be presented a week in advance, however, the change cannot be voted on until next week.

Plazo also proposed that a 30-minute required study hour for senators to discuss legislation be instituted at the discretion of the Executive Vice President Michael Ervin before regular ASUCR meetings, but this change will not be added to the bylaws and it does not need to be voted on.

Brown expressed his approval of the change. “48 hours is enough time to go over legislation,” he said. “If you cannot do that, then you probably need to reconsider why you’re here on this horseshoe.”