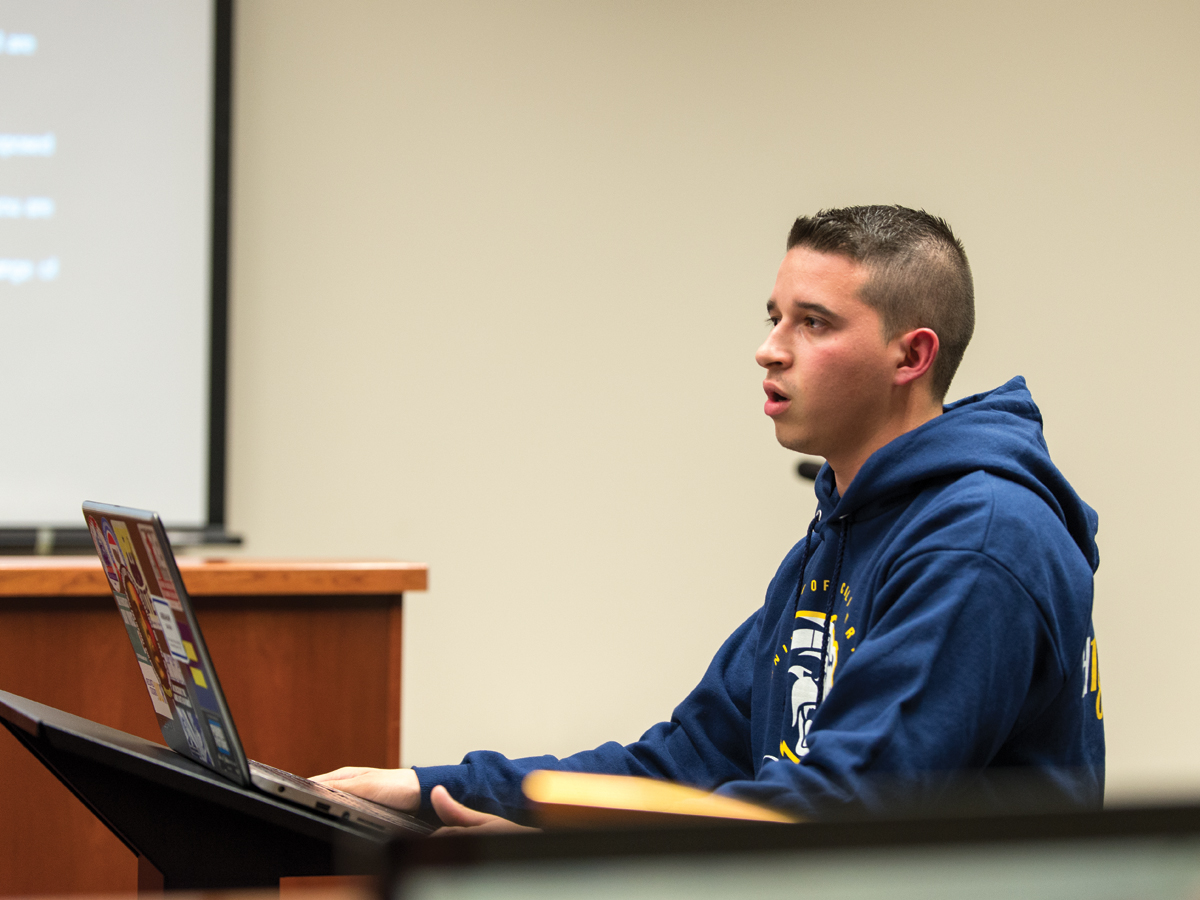 ASUCR passed a series of constitutional amendments at last week’s senate meeting that they hope will be ratified by students during the 2015 elections. The amendments would make it easier to recall elected officials, and also seek to change the selection process for two key executive branch positions, effectively shifting power away from the executive branch.

Currently, ASUCR officials can only be removed through a lengthy process which requires student signatures from at least 10 percent of the college the official represents, and 50 percent of the total senators from the same college.

“There’s no reason why it should be a ton of work for somebody else to remove somebody who’s not doing their work,” said Vice President of External Affairs Abraham Galvan, who introduced the package of amendments.

The amendments require accused members of the legislative and executive branches to be brought up on charges by just one member of their respective branch, and presented to the judicial council, which would decide whether a hearing is warranted. A two-thirds senate vote would be required to approve the recall of the official, removing the direct involvement of the student body.

Galvan also proposed changing the selection process for the vice president of finance, currently chosen by the president, and the elections director, currently student-elected, expressing concerns that these positions may be overly politicized. The amendments mandate that both positions be nominated by the judicial council and approved by the senate.

In response to concerns that an elections director might be elected in the 2015 elections just before the new rules, if ratified, could take effect, a section was added to retroactively vacate the position, with another candidate subsequently selected based on the above amendment.

Galvan also proposed that the executive vice president (EVP) rather than the president pro tempore act as the chairperson of the Legislative Review Committee. He hoped this could later lead to a pay raise for the EVP, who has lower pay than other officials, since, according to Galvan, the position entails fewer duties. In addition, he felt it was unfair for the president pro tempore to have both chairperson and senatorial duties, especially since the position is paid the same as senators.

This amendment did not pass, with over two-thirds of the senate voting against it. “It’s the senators that end up voting on legislation. It should also be the senators that chair and review it,” said Senator Herman Sangha.

Other changes were made, including the correction of grammatical errors and clarifications of position descriptions so that, according to Galvan, “no one can rely on ambiguities or uncertainties to avoid their duties.”

Senator Akeem Brown motioned to include an amendment mandating the creation of a transfer student senator position, citing what he sees as underrepresentation of transfer students and pointing to the successful implementation of this office at campuses such as UCLA. The motion failed with a vote of 2-9-1.

Galvan felt that creating constituencies based on different standards could prove problematic, as in this case, where some senators would be selected based on the college they belong to, and others based on how they were admitted to the university.

Parliamentarian Mohamed Hussein was unsure of how to handle the issue of giving other underrepresented groups senate representation, since it could be exclusionary to only grant representation to transfers.

The amendments, although approved by ASUCR, must be ratified by a majority of voting students in the upcoming election to take effect, a change from the previous two-thirds requirement.

“Our constitution should be spotless if we expect respect from the campus and our members,” Galvan said.