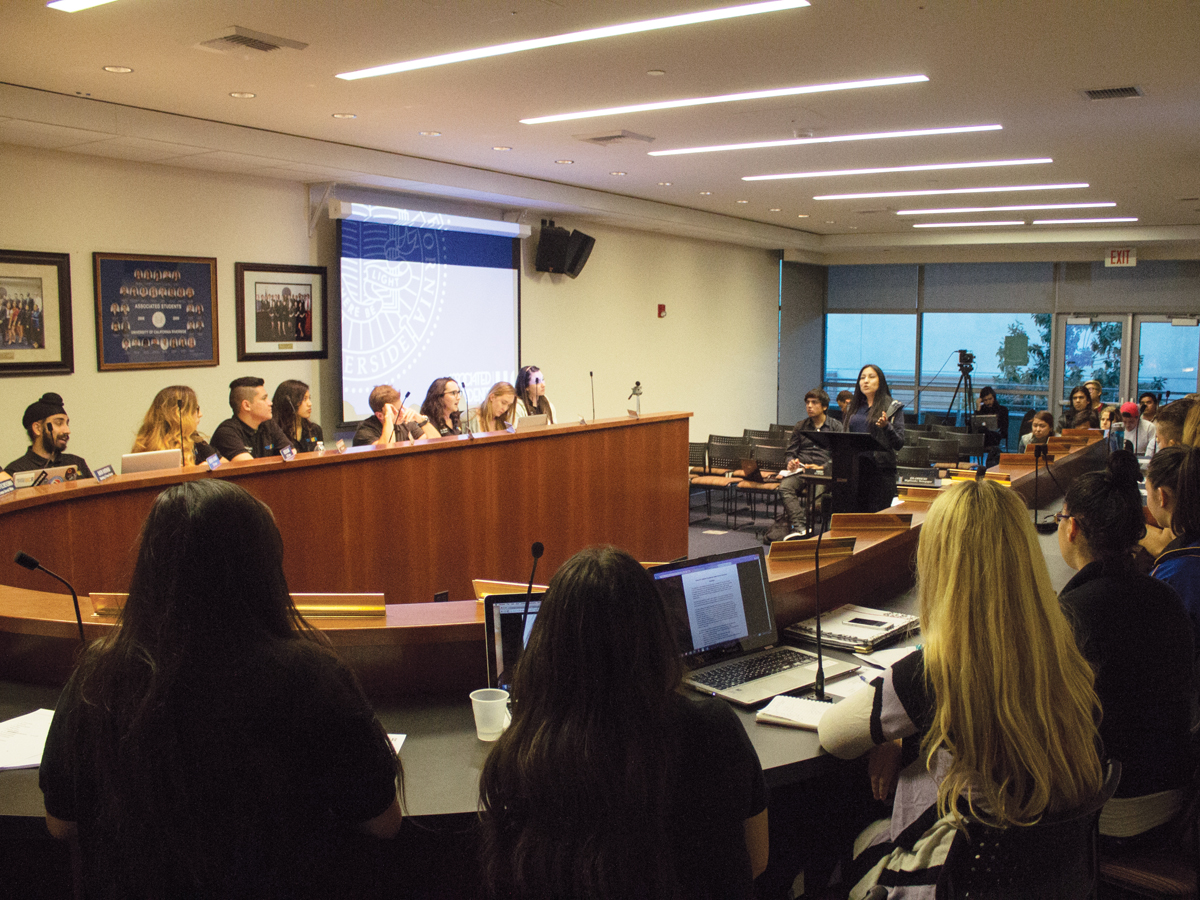 ASUCR voted unanimously last Wednesday to put the Highlander Empowerment Referendum on the 2015 ballot, which, if passed by the student body, will increase funding for UCR’s seven ethnic and gender programs starting in fall 2015. Two new CHASS senators and one new BCOE senator were also welcomed to the student government to take the places of senators who graduated last quarter.

The referendum has been in the works since last academic year, when it made it to the ballot but was 160 votes short of passing. If passed, it would increase fees by $14 per undergraduate student per quarter, 25 percent of which, or $3.50, would go toward financial aid, with the remaining $10.50 being split evenly among the seven programs.

Assistant Dean of Students Joe Virata estimated that UCR’s ethnic and gender programs serve between 6,000 and 8,000 students per year, but noted that this number is difficult to quantify.

Nancy Tubbs, director of the LGBT Resource Center, explained that their current budget only supports two full-time staff members, and their lack of permanent funding makes it difficult to host events and programs for students to the best of their ability.

“This amount actually will only generate enough money to get us at a baseline operating budget,” she said. “We’d probably want to ask for double that amount, but we’re very conscious that this is a fee that students will have to pay.”

“I don’t know what’s going to happen with the referendum, but one thing I know is the needs of students,” said Tubbs. “That $14 a student is going to make an amazing difference in what we can do on campus.”

Several students, including second-year anthropology major and CHASS senatorial candidate Grant Nakaoka, expressed their support for the referendum at the meeting.

“For many of us, UC Riverside will be the last community that we’re a part of that is this diverse,” he said. “I’ve probably doubled, even tripled my knowledge and openness to all the different cultural backgrounds (and) I feel like that’s a very important thing to continue.”

Also mentioned at the meeting were ASUCR’s three new senators, Katherina Zecca from BCOE, and John Dell and Trelynd Bowles from CHASS, who replaced senators who left at the end of last quarter. All three were elected as alternates in ASUCR’s 2014 elections.

Zecca, a second-year environmental engineering major, expressed eagerness about her new position. “I hope to build a close relation to BCOE staff, faculty and organizations to implement changes that will better students’ academic and social experiences,” she said.

Although Zecca was the second BCOE senatorial alternate behind third-year environmental engineering major Ben Roden, Roden took a leave of absence for personal reasons. “My only wish is that (Zecca) brings people together and finds common ground with others,” he said. “I think she is just the kind of person to make that happen.”

Bowles was the third CHASS senatorial alternate, with Dell and fourth-year political science major Constance Towers being the first two. Towers said she turned down the position to make time for her other obligations. “I didn’t feel I would be able to do the position and the students justice,” she said.

-Feminism Awareness Week, an awareness campaign to dispel myths and rumors about feminism, has been rescheduled for week six.