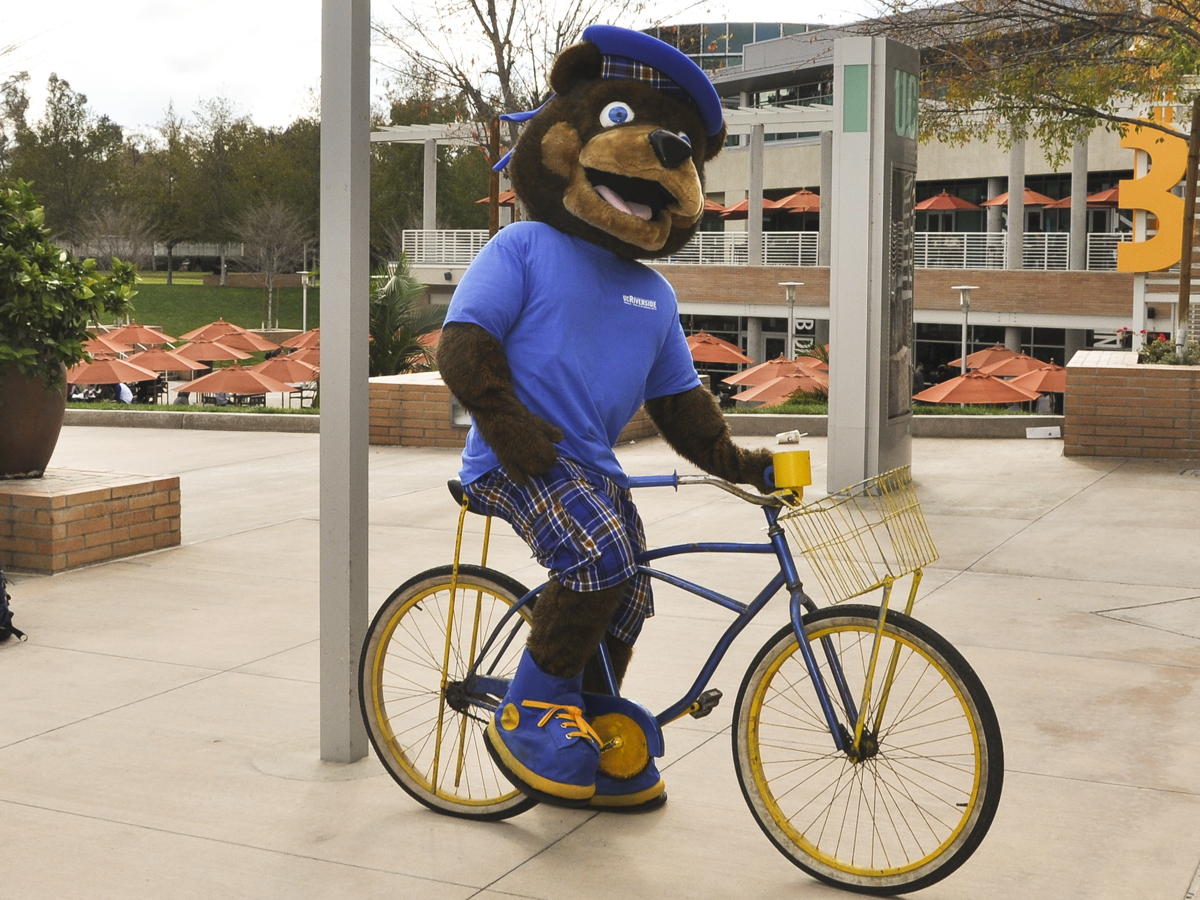 Five UCR students were each selected to receive $1,500 grants under UC President Janet Napolitano’s new UC-wide Sustainability Fellowship and Internship Program. In less than three weeks, UCR received 38 student proposals vying for these fellowships, more than the number of proposals submitted at any of the other nine UCs.

The program was created to complement the UC’s Carbon Neutrality Initiative, which intends to bring the net carbon emission levels from UC vehicles and buildings to zero by 2025. Each UC was allotted $7,500 for Napolitano’s fellowship to encourage student involvement and participation.

Park’s project involves the use of resin-dipped clothing to repair broken tables and chairs to create strong, usable and artistic furniture around campus to help spread climate change awareness. Rolf wants to use the fellowship to create solar-powered “closet dryers,” which will reduce the electricity ordinarily needed for drying clothes. Ulloa plans to install more energy-efficient light bulbs around campus. Qi strives to create color-coded maps that will help indicate traffic-related pollution emitted around UCR. Lastly, Roy hopes to identify every energy source on campus and establish energy-saving alternatives for each one.

John Cook, director of sustainability at UCR, along with Matthew Barth and Mary Droser, UCR professors and members of the Global Climate Leadership Council, assisted the council in selecting the winning proposals. This process involved careful examination of how each proposal addressed the issue of carbon neutrality as one of the main criteria.

“It had to be something unique and that would impact the campus. Was it a project that could help us reduce our carbon footprint and was it something feasible?” Cook later explained. The proposals also needed to be clear and easy for other students to learn about.

While the fellowships were initially awarded back in February, the winners will have until Dec. 31 of this year to complete their projects.