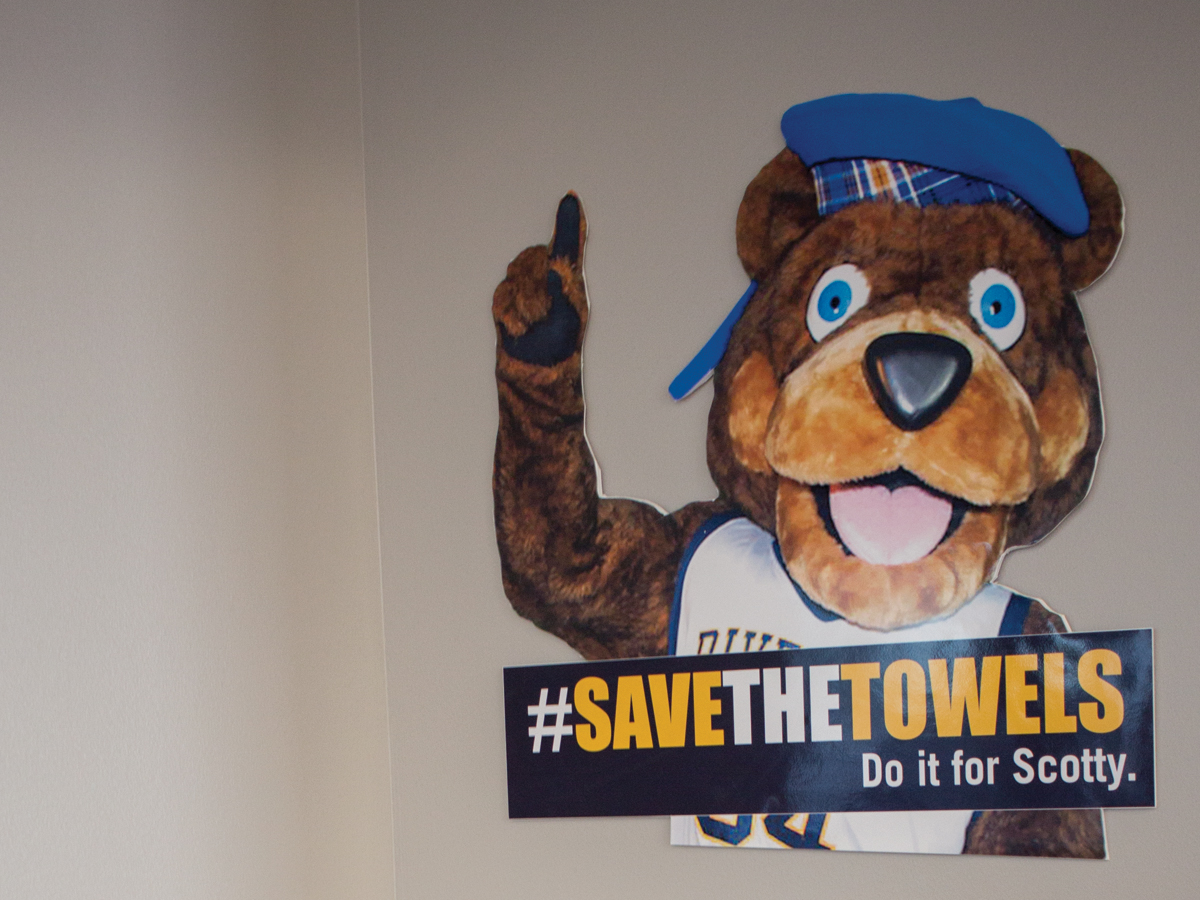 The UCR Student Recreation Center (SRC) is home to many things — an Olympic-sized pool, freshly painted tennis courts and most of all, towels, thousands of which have disappeared since the expansion of SRC South occurred back in Oct. 2014. In response, the SRC has launched #SaveTheTowels, an awareness campaign to curb the number of lost and stolen towels.

As part of the campaign, the SRC has created lighthearted advertisements and videos, asking the public to drop off their towels in the bins located around the gym. “Save the towels, do it for the whales,” reads one ad.

“Over 150 towels are stolen from the Student Recreation Center each week. It’s almost come to the point where complimentary towels may not exist anymore,” reads an SRC post on Facebook.

Prior to October, the recreation center operated on a pay-to-own towel service, selling students their own towels for a flat fee of $1 per towel to pay off its cost. After the expansion occurred, the SRC switched to a free towel service as a way of complementing the new facilities and programs.

“We often get people coming to us asking about the shortage of towels and this campaign is helping us explain … why we have such (sic) few towels left,” said Marvin Ma, an SRC front counter employee, who believes the uptick in towel theft occurred at the beginning of winter quarter, causing more than 2,000 towels to vanish.

Referring to a one-time incident, Ma said, “We ended (up) having to cut the bigger (pool) towels into small towels to make (up) for the loss,” adding that the new year can bring fresh faces into the gym who may be unfamiliar with the new gym policies prohibiting the theft of towels.

Ricky Haro, night manager of special events and facility operations, said towels must be returned after use to be washed and disinfected to ensure that users have available towels throughout the day. “Towel usage is a requisite for using any equipment at the SRC as it promotes proper hygiene and helps diminish the spread of infections,” he said.

An option that the SRC is considering includes switching to a check-out system, should their campaign fail to curb the number of stolen towels.

Many students have noticed a minor delay in the restocking of towels, which may adversely affect their experience at the gym.

Brianna Spence, a UCR student who frequents the gym, described the towel service as a “great convenience” and is in full support of the campaign. “It’s irritating when there are not any out. People need to be more appreciative of having access to free towels,” she said.

Vivian Lee, a UCR graduate student, was surprised to hear about the number of towels drying up, but did notice having to wait about 10 minutes for more towels to be restocked during a typical gym day.

Bringing her own towel to the gym, second-year Betteena Marco thought it was “ridiculous” for people to take advantage of a free service. “I feel like people feel entitled, since they’re paying so much for this gym,” Marco said, alluding to the $208 per quarter gym fee that has irked some students.

Meanwhile, third-year Yesenia Talavera personally experienced the problems of towel abuse by other people. “There was a girl dying her hair different colors,” Talavera said about a girl using too many towels. “And I was like ‘you know, my tuition is paying for replacement towels right now, when it could be paying for something beneficial.’”