This year’s ASUCR elections have finally drawn to a close. Finally.

Most national elections are not about issues. Instead, they’re about personalities or scandals as candidates bring out the big guns to nuke their opponents into oblivion. This year, ASUCR candidates proved they are the same as their national counterparts, with all the mudslinging and personal attacks that entails.

The campaign season, which started at the beginning of spring quarter, was always competitive. And competition’s not a bad thing — it inspires students to turn out and gives us actual choices when we go to the ballot box. This year, however, those competitive spirits resulted in a weeks-long war as officeholders sought to use their positions for political gain, heedless of any concepts of fairness, checks on authority or respect for the people and institution of ASUCR. The end result has been to paralyze student government for weeks on end and drag the reputation of ASUCR through the mud.

At an April 30 ASUCR meeting, attendees alleged that one political party had been engaged in illegal campaign practices, and that the same party had been favored by ASUCR’s judicial branch when the matter was adjudicated. ASUCR members chose to levy charges against two of the justices, arguing that they had failed to do their jobs and notifying them only hours in advance of their pending trial. After senators voted to remove them from office, the judicial branch could no longer legally meet according to the ASUCR constitution — effectively dismantling one-third of the three branches of student government for almost purely political purposes.

The allegations of illegal campaigning are themselves disheartening. Regardless of whether they are true, they say something about the willingness of students to engage in the types of negative campaigning we say we are against.

On top of that, what happened next was a mind-numbing, back-and-forth proxy war as both political factions struggled to gain the upper hand. Over the next 48 hours, each branch made conflicting determinations about the legality of those actions. Some members argued that the judicial branch could still meet, and in an email sent to just a few members of ASUCR (only later made public), an executive order was issued that overturned the senate’s actions and reinstated the justices. The following morning, senators held an emergency meeting and voted to overturn the reinstatement. Meanwhile, the judicial branch believed itself to be back in session and itself issued a ruling stating that the senate’s meeting was unconstitutional, voiding the overturning of the executive order.

Are you confused? You have every right to be: ASUCR’s actions over the past two weeks are an exercise in opacity, obfuscation, partisanship and dubious morality. Given every candidate’s solemn pledges to make ASUCR more transparent, one would imagine that a handful of members would actually seek to carry out that promise. But the result has only been vague promises that violate the trust that ASUCR must maintain if it is to continue operating effectively.

They have first betrayed the trust of students. All the political maneuvering between ASUCR has left the impression that our elected officials only serve for their own gain, and no branch manages to come out of this looking honest. Conflicts of interest are everywhere, with the executive branch, senate and judicial council each taking actions to favor one or another of the political parties, which just so happen to be the ones they support. How can the student body trust any part of ASUCR now that all three branches, which are all supposed to check one another, have instead descended into trench warfare?

Campus administrators are also watching what is happening, and imagine what is going through their heads right now. What they see are bands of immature students bickering among themselves, unable to rise above petty disputes in favor of potentially breaking rules and irresponsibly abusing political power. This was epitomized when a member of ASUCR called on campus administration to settle the spat between students. What does it say about us when we as students cannot be responsible enough to work through our own problems? There’s no reason for UC administrators to take us seriously when we can’t even run our own elections without scandal. ASUCR is supposed to be an independent governing body, capable of making its own reasoned, responsible decisions.

All of the actions ASUCR has taken in the past few weeks have only heightened mistrust in the organization — and it will be increasingly difficult for ASUCR to operate successfully in an institution whose currency is trust. This is a problem because the institution of ASUCR is capable of great things. It can provide much-needed funds to campus organizations who undertake charitable causes. It can advocate for student needs that are overlooked by legislators. It can bring solutions to everyday student problems, and is unique in having opportunities to do so.

Yet when the elections cycle devolves into accusations of malintent and infighting among elected officials, it is clear that something in the institution must change.

Perhaps a way to start is to rid ourselves of the party system. Originally started as a way to increase competition, the idea may have worked too well. By grouping candidates together on slates, an attack on the party feels like an attack on each of the individuals who are a part of it. As a result, candidates believe every accusation is a personal attack and respond in kind. It’s no surprise that relations between candidates then become strained and end up in people lashing out at their rivals. Competition is good, but not if it results in predominantly uncivil discourse — it’s not productive and only results in hurt feelings.

Structurally, changes also need to be made in the duties and appointment of our government officials. More people need to be involved in the selection of justices so that the judicial branch is accountable to our entire elected government rather than just a small subsection. Justices should seriously consider recusing themselves from cases they have conflicts of interest in, or are perceived to have conflicts of interest in. Additionally, many of the elected positions, especially the director positions, should be made nonpartisan so there can be no allegations of bias. We have already made one step forward in approving constitutional changes that make the elections director an appointed position, but we must continue to watch and ensure that new elected officials do not abuse their powers.

But there are only so many structural changes that can be made. At a certain point, people have to behave responsibly, and no amount of procedural safeguards can protect against elected officials who neglect their duties or are actively malicious in their intent. As UCR students, we must hold our student government to a higher standard — and so must our elected officials.

We always hear that students are the future leaders of the world. If this year’s ASUCR elections are an accurate representation, however, we have serious work to do.

Time is a luxury only the rich can afford, and it is about time we change that 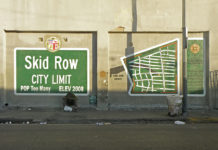 Gov. Gavin Newsom’s Project Roomkey has been lethargic so far, but increased funding may expedite the process