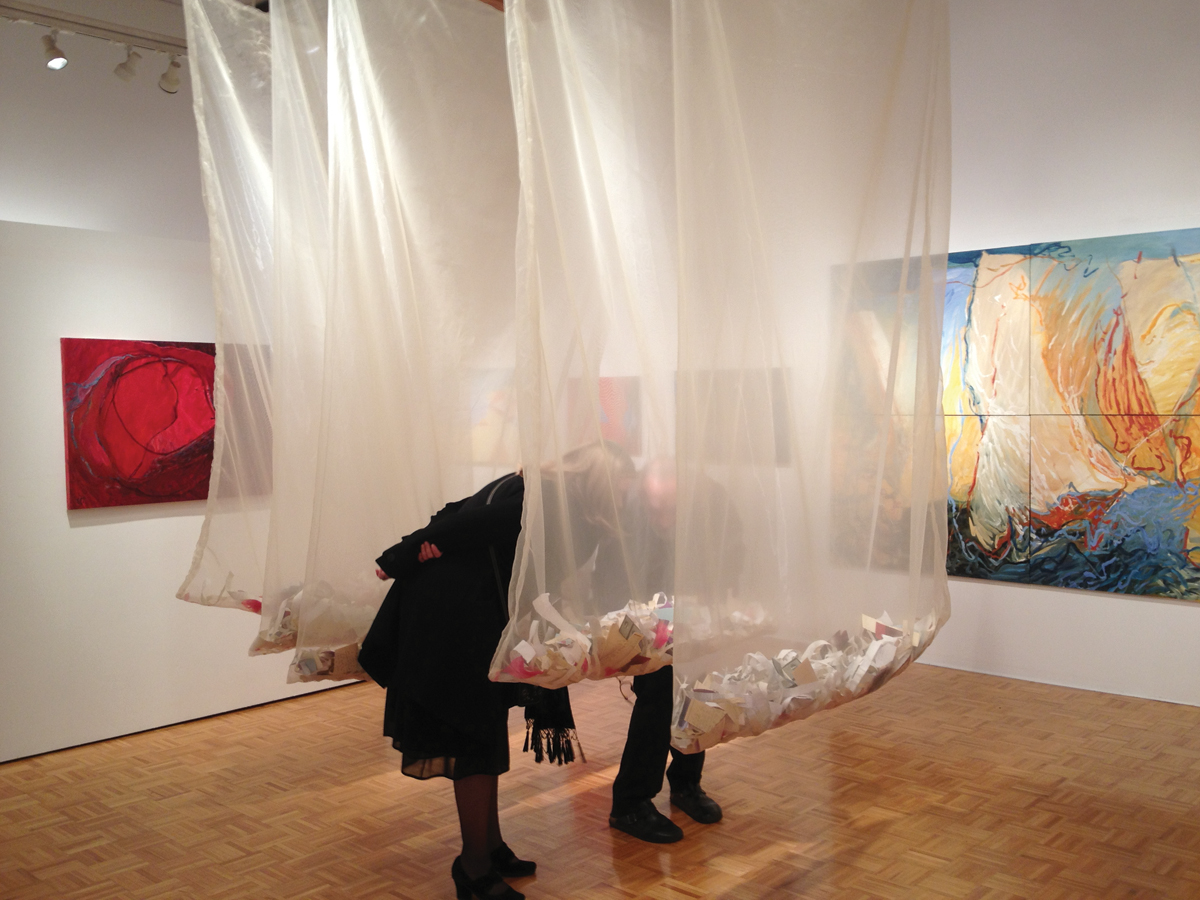 UCR anthropology professor Susan Ossman recently received a $10,000 grant from the National Endowment for the Arts (NEA) for her research project series entitled “On the Line.” The project started as a solo art exhibition in February 2013 and has evolved through subsequent shows with collaboration from various artists, writers, choreographers and anthropology graduate students from campus.

“It all started with my own artwork” said Ossman. The conception of the “On the Line” project came about in the 1990s when the professor was doing anthropological work in Morocco. She was particularly drawn to the images and smells that precipitated from the laundry hung out in the city.

“Watching the cloth in the wind and the people hanging out on the terraces…this was really inspiring to me.” This led to the creation of the first few pieces of art that would eventually culminate in her solo exhibition entitled “On the Line” and would be showcased at La Sierra University’s Brandstater Gallery.

The subsequent exhibitions, “On the Line: Second Look” and “Hanging Out,” built upon the research that was conducted in graduate seminars held at UC Riverside as well as interviews that were conducted from the audiences in the galleries. Those who were enrolled in the graduate seminar focused on the themes of domesticity, gender and class vis-a-vis art and literature with the laundry process as its subject.

Students of the seminar and artists who showed interest in the project were given the chance to incorporate their own artistic pieces into the shows that included short stories, musical compositions and choreographed dance performances in what Ossman called a “mingling of art and anthropology.”

The interviews were conducted in the galleries and recorded by Ossman and her team. Though initially the idea of sharing stories about laundry seemed far-fetched to some, Ossman facilitated discussion about the topic and people naturally opened up to the idea. “They realized that they were telling the history of their family or commenting on the changes of the times,” she explained.

Ossman recalls an Iranian girl sharing her story about growing up and doing laundry on the terraces in Iran. It was a space where she could socialize with the neighborhood women as well as spy on and flirt with the boy from next door, something that was strictly forbidden on the streets below.

“I was surprised and happy that people were willing to share their stories,” says Ossman “People would be really moved and crying or laughing…the depth of the emotion was surprising compared to academic work.”

While the particularities of the next exhibition in the “On the Line” series are still being worked out, Ossman hopes to incorporate a database of ‘laundry stories’ that participants of the exhibitions can access as well as add to with their own stories. She plans to have three pop-up exhibitions in Riverside in the coming months.