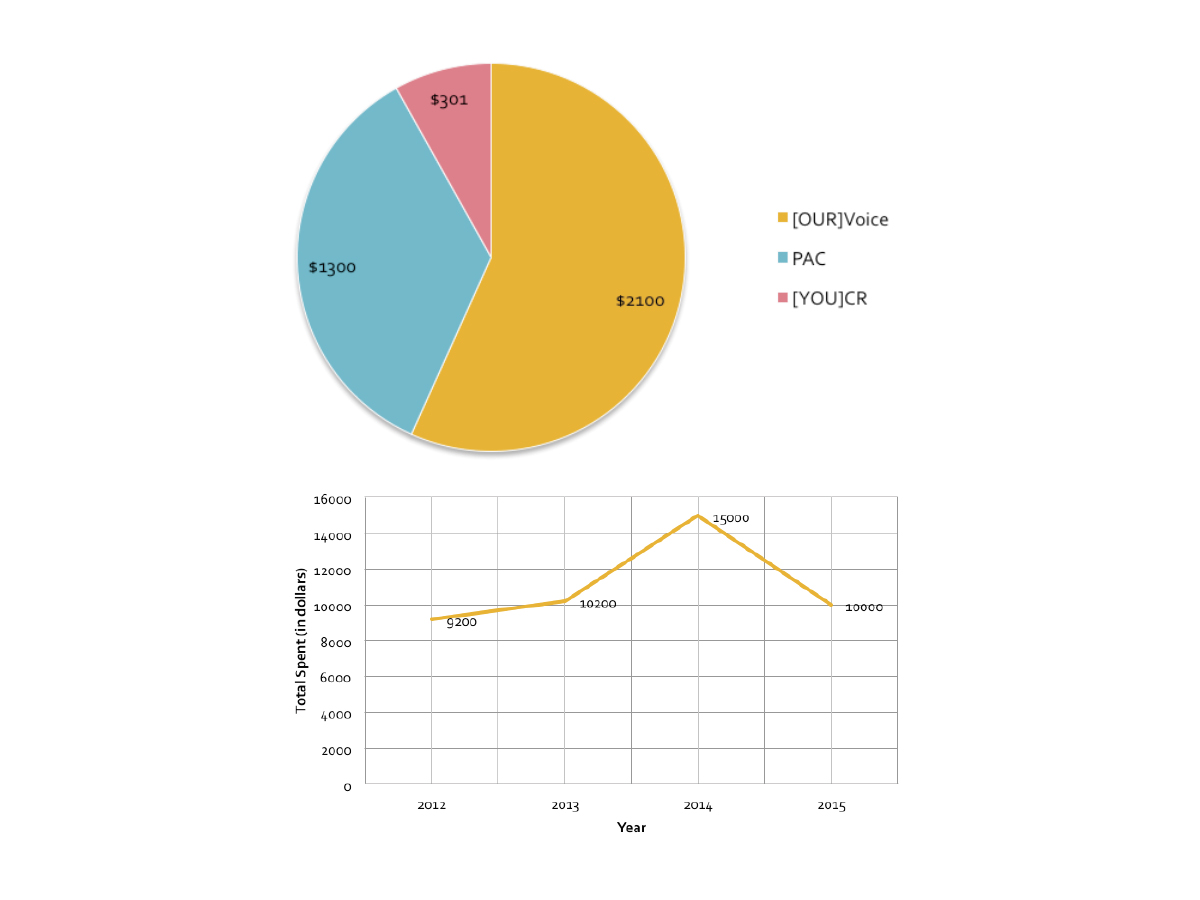 The ASUCR Elections Committee spent over $10,000 to promote campaigning and events regarding elections. In addition, party finances — funds individual parties used to promote their campaigns — from [OUR]Voice, PAC: Pride, Action, Change and [YOU]CR, have been made public, totaling over $3,700 spent solely on promotional items.

While the amount of money this year was far less than the $15,000 spent last year on elections, the committee was able to reach a 35 percent voter turnout, 15 percent more than the required 20 to pass referenda.

The amount of money spent was the lowest since the 2012 election season, in which $9,200 were spent. By comparison, campuses such as UCLA have spent as much as $25,000 for their elections.

Many of the events funded by the elections committee have been used to encourage voter turnout through giveaways, such as free In-N-Out Burgers for the first 500 voters to chances to win prizes by spinning a wheel.

Elections have been mired in controversy over the past few weeks, as allegations of laptopping by [OUR]Voice and alleged favoritism towards PAC and [YOU]CR from the elections committee caused an intense divide from supporters of the parties. While the senate condemned the judicial branch’s ruling to exonerate [OUR]Voice’s decision, members from the current senate have not commented on whether the members of the party — who won13 out of 16 positions in the student government — will take the role of the senate next year.

[OUR]Voice spent the most on promotional items, spending over $2,100 dollars on shirts and giveaways ranging from stickers to scantrons. Elected President Ashley Harano, who ran with [OUR]Voice, stated, “This year’s election seemed to have a smaller selection of giveaways compared to last year, but I believe the attention to elections was still high. Give away’s (sic) aren’t necessary, but having candidates who actively want to talk with students and learn their issues is definitely necessary.”

PAC spent close to $1,300 on their campaign t-shirts and giveaways. According to their presidential candidate Devin Plazo, giveaways ”allow for parties and independent candidates to spread their name and platform to students outside of their own networks. It is nearly impossible to meet all 18,000 students during campaigning so leaving flyers in lecture halls and passing out items throughout the campaigning period helps reach a large span of students.”

In addition, Plazo elaborated on the reason why campaign t-shirts took up the majority of the party’s finances. “A large portion of our budget went towards T-Shirts because PAC chose to have all of our shirts made sweatshop free. We went through a website called ethixmerch.com that ensures all products are sweatshop free, union made and fairly traded,” Plazo explained.

Representatives from [YOU]CR, who spent the least amount of money at $301, could not be reached for comment.