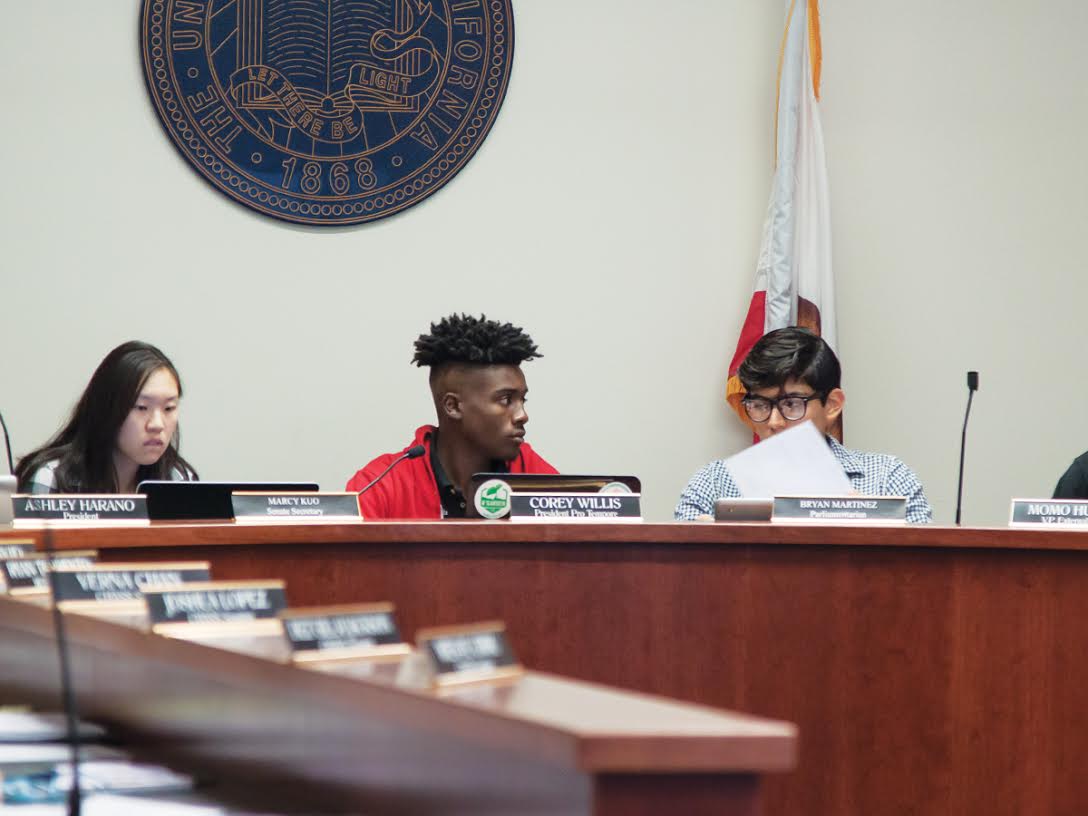 The Associated Students of UCR (ASUCR) approved appointments to several offices at last Wednesday’s senate meeting. After the appointments, legislation on a key resolution pertaining to student representation on the Board of UC Regents was also passed, along with bylaw modifications and a presentation regarding an update on the Highlander Empowerment Referendum at Costo Hall.

Pejae Chai was unanimously elected as the vice chair of finance under Shafi Karim, the vice president of finance. Chai has been involved with the finance committee, GCAP, as well as other financial endeavors. Kevin Tseng was also appointed as Karim’s finance secretary.

Johannah Eichinger, a second-year biology major, was appointed as the director of communications under Michael Ervin, the vice president of campus internal affairs. Eichinger was also part of the GCAP committee and has had experience working in several ASUCR events in the past.

Resolution UC Board of Regents Student Advisory Proposal was unanimously passed in Wednesday’s senate meeting. Spearheade by the current student regent, Abraham Oved, this proposal was sent to every associated student president with the goal of having it approved before the Regents meeting this November. President Pro Tempore Corey Willis explained how out of the 26 members of the UC Board of Regents, 18 members are selected by the governor of California, and seven are ex officio members or members associated with the office of the governor.

This essentially leaves only one position available for students across UC campuses to have their voices heard — namely through the student regent. This disproportionate representation is voiced in the proposal, which states that “the student regent is currently tasked with representing the interests of all 246,000 undergraduate, graduate and professional students of UC.” Therefore, the intent of the Student Advisory Proposal would entail an overhaul and restructuring of the UC Board of Regents which “ought to increase student representation.”

Increased representation would be achieved through the implementation of a student advisor, who would, in effect, have the same rights as the Student Regent with the exception of voting authority and a one-year term. ASUCR’s Vice President of External Affairs Mohamed Hussein expressed his support of the resolution along with his frustration of the current system in place with the Board of UC Regents, saying that there is only one student regent with the rest of the members being “over 45 (and) rich white guys,” along with a few women and a person of color.

Additionally, specific bylaw changes and alterations that were discussed and promised in previous ASUCR meetings were unanimously approved. Chapter 39 of the bylaws, or the Food Security Committee (formally known as the Food Pantry and Implementation Committee), was adjusted to meet the current demands that our campus requires. Changes in the language were decided upon such as number of members of the committee, requirements, appointments and favoring a more long term focus of the committee rather than implementation. Chapter 38 of the bylaws was unanimously struck down due to redundancies, and was decided to be subsumed by the Committee of the Non-traditional/Transfer Students.