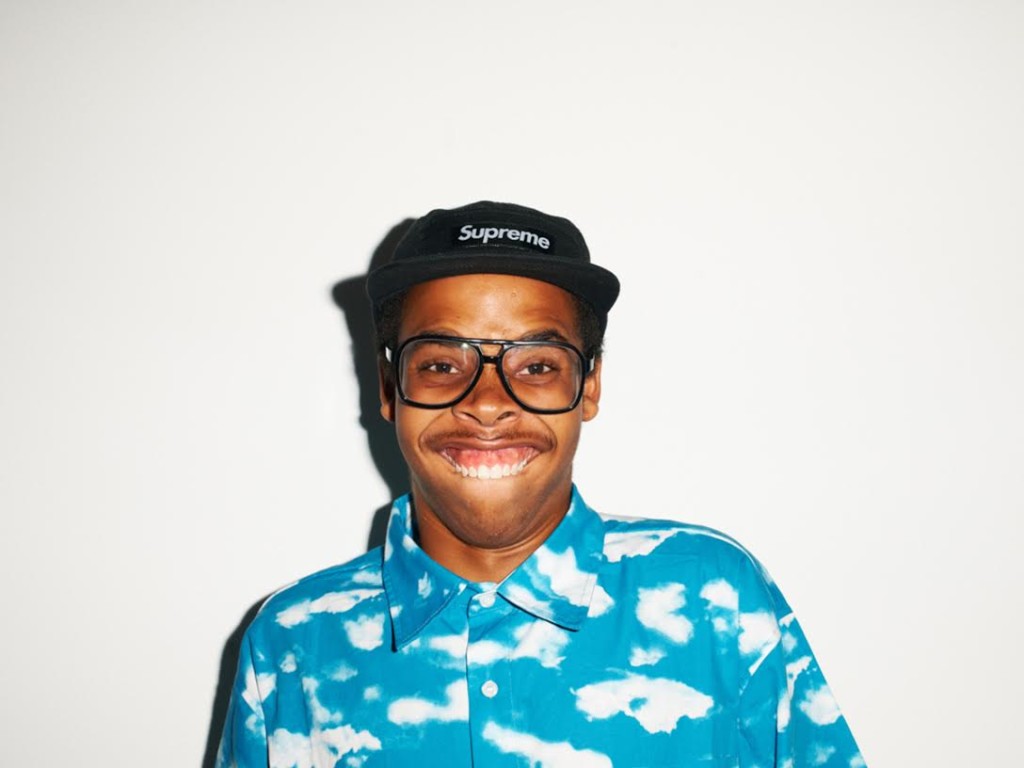 Filled with violence, misogyny and homophobia amongst other vitriolic references, Thebe Neruda Kgositsile, known now as Earl Sweatshirt, shocked and adored critics and audiences with his debut mixtape “Earl.” The lyrics were eerily reminiscent of a late-90s Eminem, settling him in perfectly with his former crew Odd Future, with the do-it-yourself aesthetic and fuck-it attitude which have been prevalent in hip hop since the NWA days.

This wasn’t the late-90s, however, this was March of 2010. Young Money was on the rise with Drake gaining popularity in the charts a year before with his debut mixtape “So Far Gone,” and Lil Wayne seemed invincible as “Tha Carter III” dominated the hip hop landscape.

In other words, it seemed hip hop had become a bit of a joke. Industry veterans such as Kanye West and Eminem both dropped “808’s and Heartbreak” and “Relapse” respectively that while successful commercially, were critical flops. While “808’s” would later gain some critical acclaim as it aged on, a question regarding the future direction of hip hop was left hanging.

Which is why Sweatshirt, despite his vulgarity, was a welcome change to the common hip hop landscape. His flow was impeccable, the lyrics were cleverly offensive and as DatPiff states, Tyler the Creator’s production created, “The Dopest Fucking Beats To Date.” 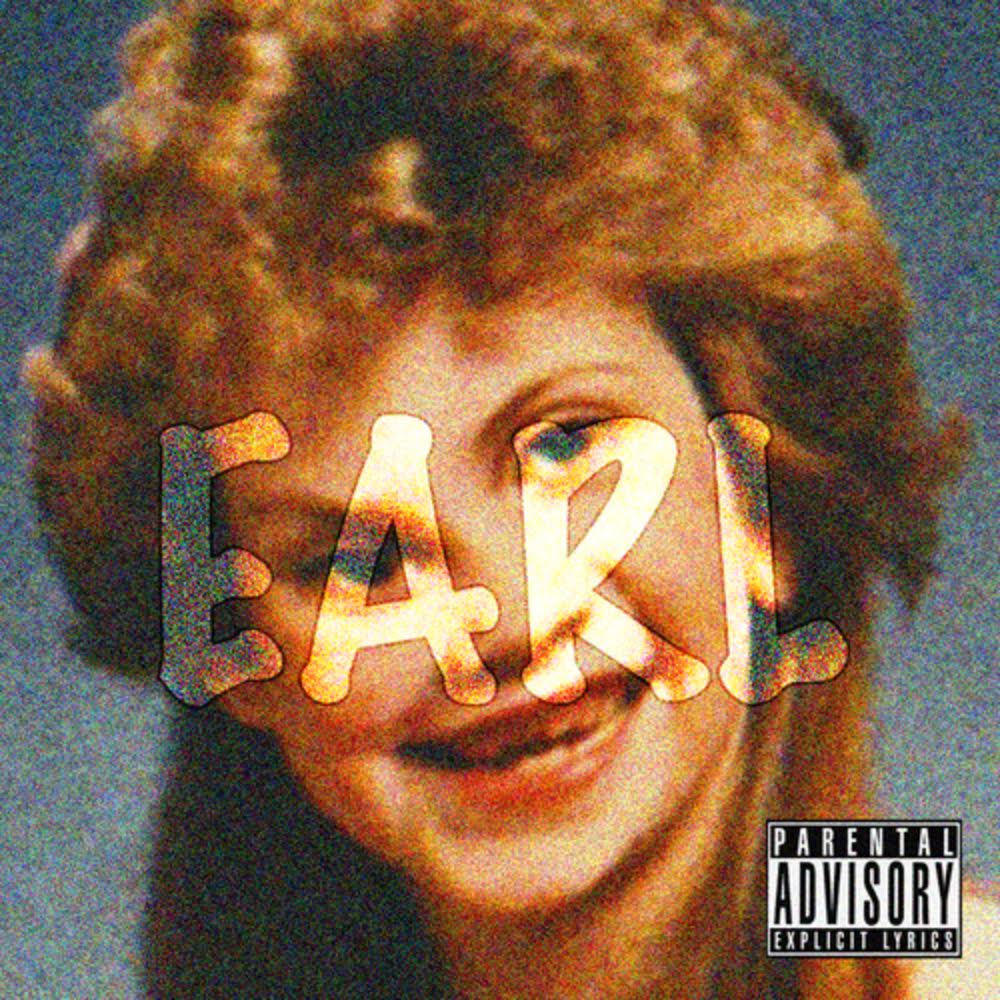 Introducing the mixtape with a skit entitled “thisniggaugly,” Sweatshirt immediately dominates his self titled track, to open up the audience to the twisted mind of Odd Future. Introducing himself as a “high and bothered astronaut,” Sweatshirt proceeds to entertain the audience with images of murder, decapitation and rape as he’s “redefinin’ the meanin’ of black holes.” The beat is accompanied by a simple drum and bass which seems to distort, the more vivid Sweatshirt gets with his descriptions.

Following afterwards is “Couch,” which turns into a rap battle between Tyler and Sweatshirt who both deliver clever lyrics for the track’s dominance. Accompanied by a relaxed beat with calm synths and a heavy drum beat, Sweatshirt attempts to show off his chops against an older Tyler. As Sweatshirt is in the middle of describing a girl named Heather he “kidnaps,” Tyler interrupts to “back stab” Sweatshirt on his own track in an effort to “kill” him. The rap battle evokes the mixtapes underground style as the art form turns into a competition as the rappers attempt to one up each other on the track.

This action results in Sweatshirt’s immediate retaliation of the following track “Kill,” where he vows to not only retaliate against Tyler, but everyone. This track accompanied by another dark beat serves as a message to the hip hop industry as Sweatshirt makes “The hotel switch from heartbreak to Bates quick.” The track seems to call out hip hop songs regarding pop music themes such as love. These had been dominating the charts through rap songs like Drake’s “Best I Ever Had,” which dominated the Billboard Hot 100 a year before.

Ironically, the next track, “Luper,” mimics those pop music themes, as Sweatshirt reminisces about wanting to skip school in order to avoid an ex-girlfriend. Yes, it’s childish, but this track perfectly displays a sense of Sweatshirt’s real personality: a young 16-year-old boy lamenting a loss of an old flame as he has difficulty deciding if he wants a “fam of four” with the girl or if he “fucking hate(s)” her. “Luper” has arguably the hardest beat on the album, with a tight piano loop flowing smoothly with his lyrics and flow. In this, Sweatshirt tries to straddle the persona he created as a murderer and sociopath between his actual feelings as a teenager.

As the track closes out, he returns to his similar themes in the song’s conclusion by describing his ex’s murder, before going on to the most controversial song on the album, “Epar.” After repeatedly showing the audience just how many words can rhyme with “T-Rex Cock,” Sweatshirt harks back to rap tracks from the earlier decade such as “99 Problems,” as he is pulled over in the song. Instead of making the song a statement regarding racial prejudice among law enforcement, Sweatshirt simply describes his fantasy to murder the officer and ditch the car.

This track is probably among the most problematic. After returning from a boarding school in Samoa for problematic behavior, Sweatshirt disavowed songs such as “Epar,” which vividly describes a rape in Vince Staples’ verse. The issue with these songs display the artists immaturity (granted, he was 16) and while it is begrudgingly a clever track, the misogyny and violence definitely push boundaries and understate the effects of such atrocious behavior.

The next song “Moonlight,” quickly descends into a demonic trance, as Sweatshirt contemplates suicide with a voice synthesizer on the track as Hodgy Beats wishes to avoid cuddling after sex. After the eery rhythms fade out, the comical song “Pigion” comes in as it attempts to offend everyone as the hook references Nazis, ADHD and a “letterman” as he joins Odd Future’s varsity class of not giving a fuck.

The track perfectly describes the Odd Future aesthetic with the mantra  “Kill People, Burn Shit, Fuck School,” playing out in the latter half of the song. “Pigion” asserts the crew’s quest for dominance in the game as they attempt to rise up by talking about the craziest actions possible in an industry that was dominated by groups such as Young Money. People like him were more focused on a capitalistic hedonism obsessed with drugs and fashion, rather than a carnal hedonism obsessed with violence.

“Stapleton” closes out the mixtape as it recalls all of the actions mentioned in the previous songs to announce his arrival with Odd Future. As the song closes out with “Odd Future Wolf Gang Kill Them All fuck ’em all / No lube, it’s the crew to get use to, faggot,” a hint of the group’s prominence in the industry is hinted at.

Once “Goblin” dropped, Odd Future established itself in the mainstream. However, “Earl” caught the raw essence of the group before it blew up through its production and caustic lyrics. Sweatshirt never got to experience the groups peak due to his “exile” in Samoa, yet the opportunity he missed allowed him to mature.

“Earl” was a lot of guilty fun. While its rhythms are still  one of the best to this day and for a young rapper, Sweatshirt definitely stood out lyrically, its brief content could only be handled in small doses. Samoa gave him an opportunity to mature and further develop his themes, no longer as a teenager but as a young man.

“Earl” was a mixtape that was needed for its time, amongst autotune, fashion, lean and one liners, Sweatshirt broke this tradition and created a punk attitude against mainstream hip hop. Yet it’s perfect in its brief 25 minutes of cartoonish violence and a reminder of what Earl Sweatshirt was and why he needed to break away from it.