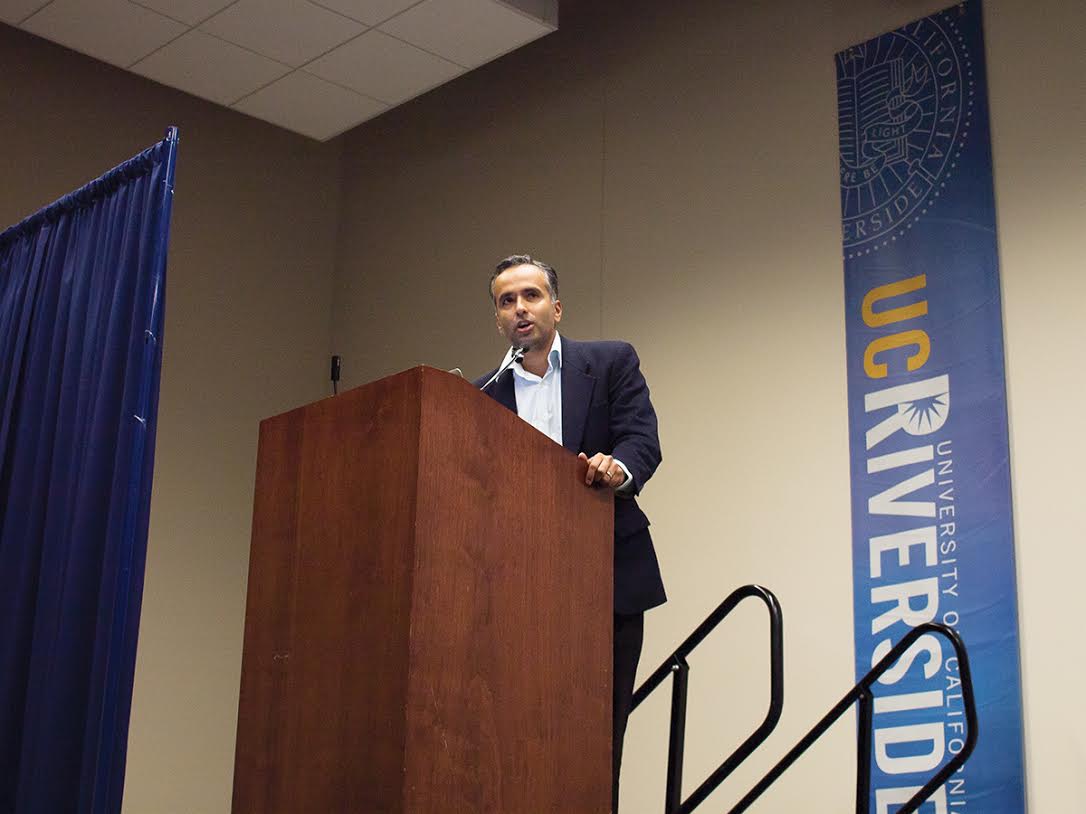 The UCR Global Issues Forum held its first meeting on Thursday night to discuss immigration policies that are adopted and enforced by western nations, the statistics of who these migrants are and the socioeconomic implications of their integration and assimilation within countries.

Thursday night’s forum, entitled “Comparing Immigration Policy in the U.S. and Europe,” featured a panel of three experts in the fields of immigration, political science and public policy — specifically, Distinguished Professor Richard Alba from The City University of New York Graduate Center, Associate Professor Sara Goodman from UC Irvine, and our very own Professor Karthick Ramakrishnan. The forum entailed all three panelists giving presentations on their approaches and interpretations of immigration trends and policies, followed by a Q-and-A session from the audience.

Alba began his presentation by emphasizing the distinction between immigration policy and integration, the latter being “whether the people we let in … become members of the mainstream society where they are residing.” Alba further explained his findings about integration made in his book Strangers No More in which he compares the perception of immigrants in the U.S. and Europe.

The professor acknowledged the inherent economic and educational disadvantages presented to immigrants coming to western nations, but concluded by revealing a recent finding indicating that these immigrants (particularly as Asians and Latinos) are filling a top tier percentage of the labor market — a trend that, Alba hopes, will ameliorate the inequalities faced by immigrants.

Ramakrishnan provided a primer on the history of immigration policy in the United States, in which he highlighted the recurring theme of states vs. federal intervention, regulation and overall involvement in dealing with immigrants. The professor then described points made in his new book “The New Immigration Federalism,” such as the distinction between laws that control entry and departure of individuals, and laws that are not explicit in how we ought to treat immigrants.

Later, Ramakrishnan went on to explain the highly polarized nature of immigration policies, specifically in Republican states such as in Georgia and Arizona, which attributed to the rise of restrictive policies caused by the sudden rise in immigration to these states. He humorously pointed out that “what does matter is not how new the immigration is, but how Republican the destination is.”

Elisabeth McAllister, a second-year English and studio art double major, is in charge of outreach for the UCR Global Issues Forum through communicating via the forum’s website and blog, and was a photographer for Thursday night’s forum. “Change begins with ideas, and is carried out by people coming together to act on those ideas,” said McAllister.

McAllister was ecstatic when she heard about the forum’s goal of acting as a conduit for students to discuss global issues and gain insight into these problems that affect everyone. “I feel very strongly about the education and involvement of students in contributing to the global community Instead of passively letting global issues occur and watching policies being enacted, I believe that each member of the university community has an obligation to be educated about what is happening on a global scale,” said McAllister when asked about why she joined the Forum. “We students should be engaged … towards something bigger … the prospect of a better future.”

Thursday night’s forum was the first Global Issues Forum, which was created as a coalition between several interdisciplinary faculty members, students and clubs. The next UCR Global Issues Forum titled “Living History: Austerity, Crisis, and Politics in 205 Greece” will be held on Dec. 2. More information can be found on the forum’s website and social media through Facebook and Twitter.