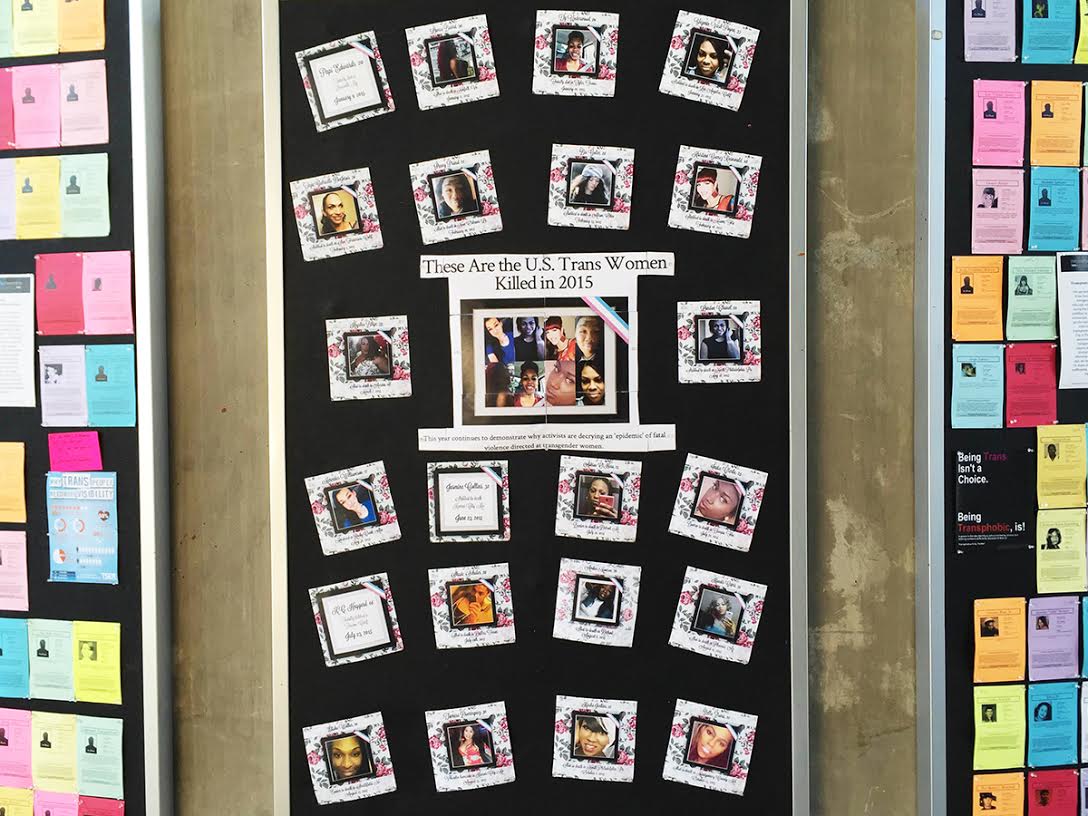 Thirty-three students gathered on Thursday, Nov.18 at the Bell Tower for a candlelight vigil in remembrance of the transgendered people across the world who have been murdered in the past year. The vigil, hosted by the activist group Asterisk with assistance from La Familia, took place at 6 p.m. and allowed students to share and write about their solidarity with the trans community on a sign which stated “Rest in Power.”

This demonstration is part of the nationwide “Transgender Awareness Week,” which takes place from Nov.14-20. According to the Human Rights Campaign, 1,700 transgendered people have been killed worldwide since 2007. In 2015, a record number of 21 transgender murders were reported in the U.S., with most of them being transwomen of color.

The vigil also hosted a banner crafted by La Familia which featured the following quote by prominent transgender activist and actress Laverne Cox: ”Each and every one of us has the capacity to be an oppressor. I want to encourage each and everyone of us to interrogate how we might be an oppressor and how we might be able to become liberators for ourselves and for each other.”

The leadership of Asterisk read off a list of 112 names of transgender people who were killed worldwide due to murder or suicide. The suicide rate amongst transgendered or non-gender conforming individuals is approximately 41 percent according to UCLA’s William Institute.

Various students spoke about the importance of remembering those lives and stressed the importance of reciting each of those individuals names, as many media outlets have used the birth name of the individual, as opposed to the name they identified with when they died. As each name was read off, every individual in the group recited “say their name.”

One student spoke about how the simple act of reading those words had affected them stating, “When you (the Asterisk speakers) were reading off that list, that’s too many fucking names. It’s heartbreaking to know that people feel so unsafe in this world that they can’t be who they are.”

Cloud Whorl, a second-year biochemistry major and one of the organizers of the event explained the importance of the vigil, stating it was an act of remembrance and resilience. “A lot of folks are murdered and they are never reported as trans … and so I think remembrance is a large component … Getting up in the morning and being able to do things such as school work and org work when you know that your siblings (members of the larger trans community) are dying … there’s a lot of resilience and a lot of strength in that.”

As part of the “Trans Week of Remembrance,” the LGBT resource center held an online peer chat on Monday and Tuesday, a lecture by poet and social activist Leah Lakshmi, a workshop entitled “Keeping Trans Folx Alive” and trans pride reception on Friday.