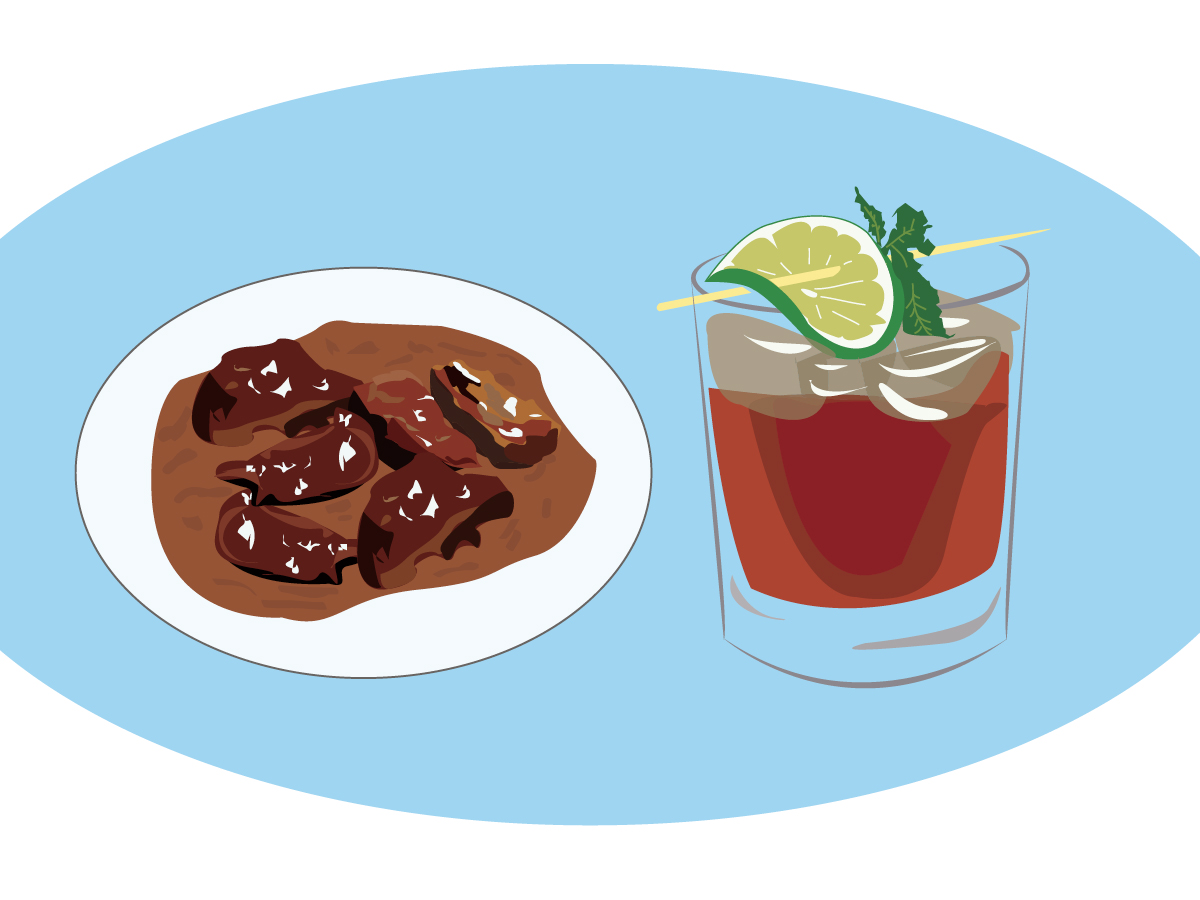 In my family and possibly yours, Christmas dinner means loads and loads of tamales, followed by days and days of leftover tamales. While it has become somewhat of a tradition in my family, powering through pounds of masa can become a chore after a while. This year, I decided to break the monotony and whip up a batch of chili colorado, which can be great as a side to tamales or in burritos when paired with rice, beans and cheese.

To start, buy yourself about one to two pounds of chuck steak, which is usually on the cheaper end of the spectrum at grocery stores. Optionally, purchase a clove of garlic, a yellow onion and some chili powder or peppers of your choice. Most importantly, buy about one large can of chili colorado sauce for each pound of meat. Now, I know it can come across as lowbrow to use canned sauces, but I’ve found you can get the same quality through spicing up store-bought sauce as making something from scratch. Personally, I suggest El Pato colorado sauce, but La Victoria is good as well. Cooking time is approximately four hours, so I’d suggest waiting for a day when you’re not in a “I’m hungry right now!” sort of mood.

Your first step is to cut all your chuck meat into cubes, about one inch squared. If you bought the optional vegetables mentioned earlier, dice them up as well. Get yourself a big pot, and coat the bottom in about three tablespoons of oil. Heat it over medium-high heat and roll the meat in some flour. Once the oil is hot, add the meat and sear it on all sides. It’s not imperative that you be super accurate, but aim for full coverage. This will trap in the juices so you don’t end up with a pot of beef jerky. Add the vegetables and then pour in your cans of sauce. Bring to a slow boil, and then cover and simmer. Approximate cooking time is three to four hours. To tell when it’s truly done, you want to wait until your meat is “fork tender”: a piece of the chuck steak should split when punctured with a fork.

Serve however you like, and store the rest for later. While this does make a lot of food, the natural antimicrobial properties of capsaicin should help it keep in the fridge longer than other leftover foods.

I spent Christmas Eve in a bar, playing pool with my girlfriend and listening to the snow and rain hitting the wooden roof. I also taught the bartender how to make two drinks that are some of my personal favorites: a Dark and Stormy and a Tom Collins. While these aren’t exactly winter cocktails, I find them perfect for pining for the warm summer days of California.

To make a Dark and Stormy, you’re going to need spiced rum, lime juice and ginger beer. For the uninformed, ginger beer is the tougher cousin to ginger ale: it has a lot more kick. While not exactly common, I’ve started seeing it more and more at grocery stores, and lots of liquor stores usually have some in a forgotten corner. It’s basically three parts ginger beer to one part rum, topped off with a splash of lime juice. Some people substitute bitters for lime juice, but that’s a matter of preference. If you use vodka instead of rum, you’ve made a Moscow Mule.

The Tom Collins is my favorite cocktail. The only problem is that absolutely no one, aside from a few exceptions, knows how to make it. However, I gave my preferred recipe to our bartender on Christmas Eve, and I’ll re-gift it to you.

Start by adding a shot of gin and a shot of lemon or lime juice into your glass. While stirring, add about half a teaspoon of sugar or roughly the amount in one sugar packet. I always pocket these at Starbucks, so this step is easy. Top with one to two ounces of club soda, and serve. You’ll feel as classy as the Queen of England, and also have the knowledge that you’re not disappointing me.