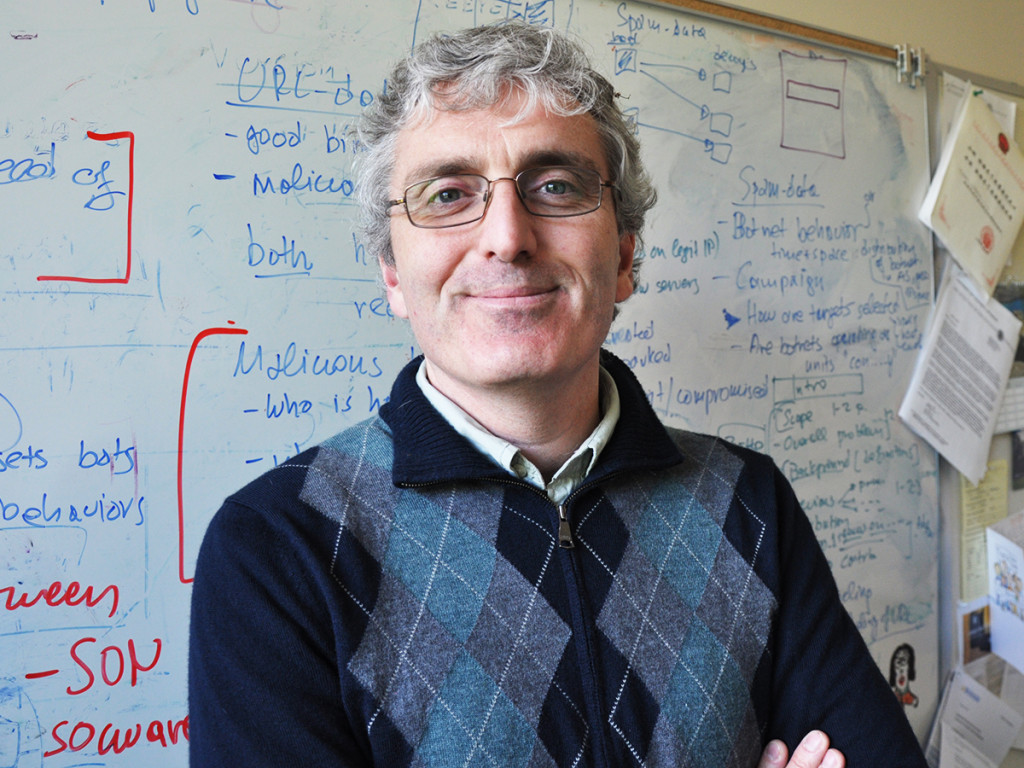 According to a study by former UCR computer science Ph.D. students Xuetao Wei and Iulian Neamtiu and current UCR professor of computer science Michalis Faloutsos, 9 percent of popular free apps on the Google Play app store interact with websites that have been implicated in the distribution of malware that can compromise a user’s security.

In addition, 73 percent of apps are connected to low-reputation websites (sites that receive a web-trust rating that is under 60 percent) while 15 percent interacted with bad websites, used for the purpose of stealing a user’s information or spam messages. Apps that were studied range from popular marketplaces such as Amazon to Pandora Internet radio.

“We focused on a relatively neglected aspect of security research, which is the potential for good apps to leak personal information through the sites they interact with. A lot of people believe that if an app is popular or available on one of the big app stores then it must be safe, and we suspected that wasn’t the case,” Faloutsos said in a press release.

The team used a tool called AURA (Android URL Risk Assessor) which allowed them to discover more than 250,000 URLs accessed by 13,500 apps. The team then cross-referenced how trustworthy they were using VirusTotal, a database of malicious URLs, and Web of Trust (WOT), a popular website rating system.

“I think the fact that 9 percent of the good apps (popular applications) we analyzed interacted with at least one website that distributes malware is very worrisome,” Faloutsos stated. The professor also elaborated that even though there is an amount of risk that users are exposing themselves to, not every single interaction with these apps will have a negative outcome.

The team presented these findings on Dec. 8 in San Diego at the Institute of Electrical and Electronics Engineers Global Communications Conference.

On Dec. 7 the Blood Orange Infoshop venue posted on its Instagram and Facebook that it will be passing its physical space down to a new collective called the Black and Brown Underground. According to the post this new collective is made up of former Blood Orange members along with “Black Lives Matter” members from the Inland Empire.

“This space will be renamed after the new collective but will operate similarly as an all ages, sober, safe(r), radical DIY space and will hold the similar political ethics of The Blood Orange Infoshop,” states the social media post.

The Blood Orange Infoshop served as a venue which provided movie and documentary screenings, underground music performances, and a variety of different artistic exhibitions to serve underrepresented communities across the Inland Empire.

The new collective held a grand opening on Jan. 7 as part of the city of Riverside’s monthly Arts Walk. The group’s first meetings will also be held in January at 3485 University Ave. Suite 2.

On Jan. 5, Dr. Bruce Ovbiagele gave a public “vision seminar” for UCR, the first of four candidates set to address the campus. The four candidates will all speak in similar sessions as part of the interview process for being selected as the next dean of UCR’s School of Medicine.

Ovbiagele is a neurologist currently employed at the Medical University of South Carolina, who hails from Nigeria with an M.D. in 1991 at the University of Lagos. Ovbiagele’s resume, provided by UCR, shows internships in the field of psychiatry and internal medicine at UCLA from 1996 to 1998. His residency in neurology was done at the UC Irvine Medical Center and Long Beach Veterans Affairs Medical Center from 1998 to 2001, and then a fellowship in vascular neurology from then until 2002. He currently serves as co-chairman of the department of neuroscience at the Medical University of South Carolina since 2012.

The next three candidates are set to speak over a period of eight days as part of the process of becoming a dean for UCR’s major colleges. According to university spokesman James Grant, “It’s meant for the campus community. It’s an academic presentation and a chance to get to know the candidate’s campus vision.”

UCR’s School of Medicine has been searching for a permanent dean to replace Interim Dean Neal Schiller, who has been serving the school ever since the first dean, G. Richard Olds, left in July. The next presentation will be held on Tuesday, Jan.12 in Genomics Auditorium 1102A at 10 a.m.

The presentations of all the candidates can be viewed online at provost.ucr.edu/searches/