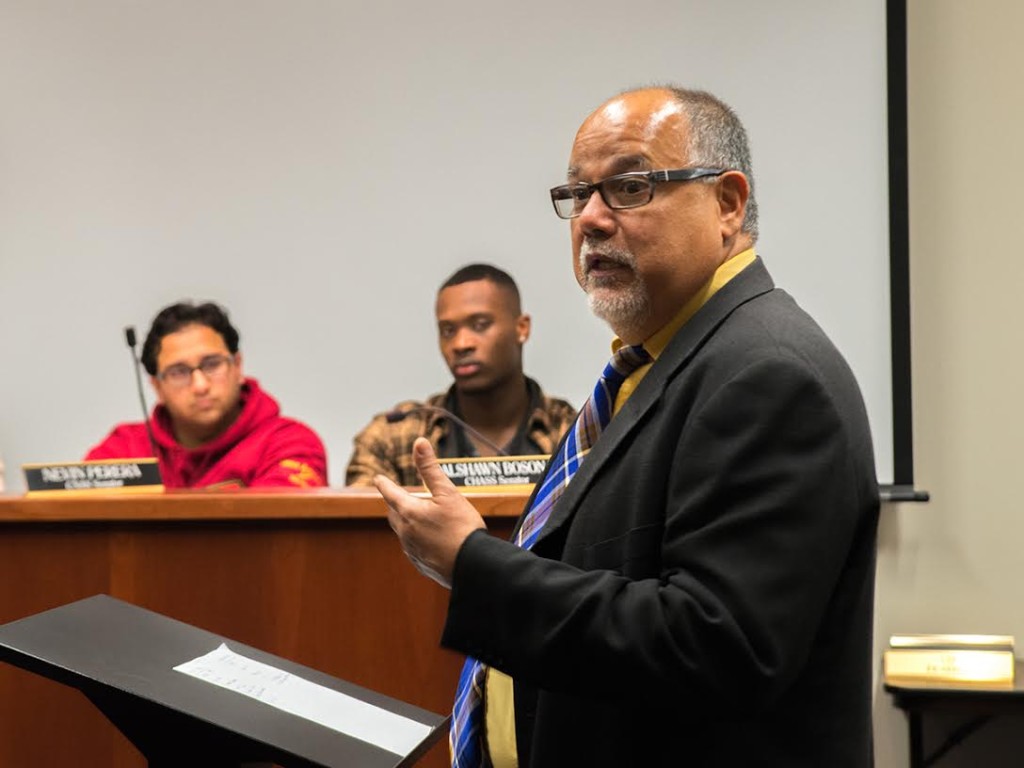 ASUCR convened on Wednesday, Jan. 13 to address the passage of ASUCR Wellness Resolution No. 3, the conflict that took place between a student and a visiting demonstrator on Monday Jan. 11 and the discussion of a resolution condemning United States Immigration and Customs Enforcement (ICE) and the deportation raids that were carried out in early January.

ASUCR unanimously passed Wellness Resolution No. 3, requesting that the administration allocate funds for a new religious center to replace the current Meditation Center on campus. Senate President Pro Tempore Corey Willis, who wrote the resolution, reports that in its current condition, some students feel that they are unable to achieve spiritual well-being and would like a better location to practice their beliefs. As stated in the resolution, “a failure to meet such demands is a blatant disregard for students’ wellness and the various cultures and religions to which those students may belong.”

With the current meditation room, students have reported that “they feel as though they are disturbing those students who are meditating and vice versa.” In addition to the difficulties with privacy, others feel that the room is simply being used as a place to study or hold discussions.

Vice President of External Affairs Mohamed “Momo” Hussein asked for “a temporary and immediate solution to the problem” concerning the cleanliness of the meditation room floors and the issue of space. This is important for religions that require a clean surface to pray upon, such as Islam, whose followers are required to pray five times a day.

In passing the resolution, with a vote of 10-0-0, Willis said that ASUCR is taking the “first step to ensure that any conversation surrounding wellness incorporates our students’ spiritual wellness.” Vice Chancellor of Student Affairs Jim Sandoval commended the resolution and said that “he is very eager to work with ASUCR” and will do what he can to advocate on the behalf of the student body.

Earlier in the meeting, Hussein requested to add to the agenda the discussion of a conflict that arose between a student and a visiting demonstrator who allegedly spat in the area of students who walked by the Bell Tower and used racist and misogynistic rhetoric. At the time, the altercation warranted intervention from Hussein who knew the student involved. The issue was up for public comment to discuss possible solutions. Isolation and police escort were among the topics suggested as ways of dealing with future altercations. No official action was taken during the meeting.

The last issue on the agenda was to pass a resolution condemning the raids carried out by the ICE in the first week of January. The raids deported 121 people who were mostly Central American undocumented immigrants living in the United States who fled violence from their home countries in 2014. Mafalda Gueta, fourth-year biology major and representative from UCR’s Undocumented Student Programs attended the meeting to express her concerns with the language that was used in the resolution, saying, “We feel that there’s a lot that needs to be changed in this resolution …  We would love to meet with you and actually have input on this.” A motion to table the resolution until next week so that further input could be culled from students whose communities were affected by the raids was passed.

-The HUB Executive Board has voted to schedule Heat with Spring Splash for an extended one-day event which will be hosted by the Associated Students Program Board (ASPB).