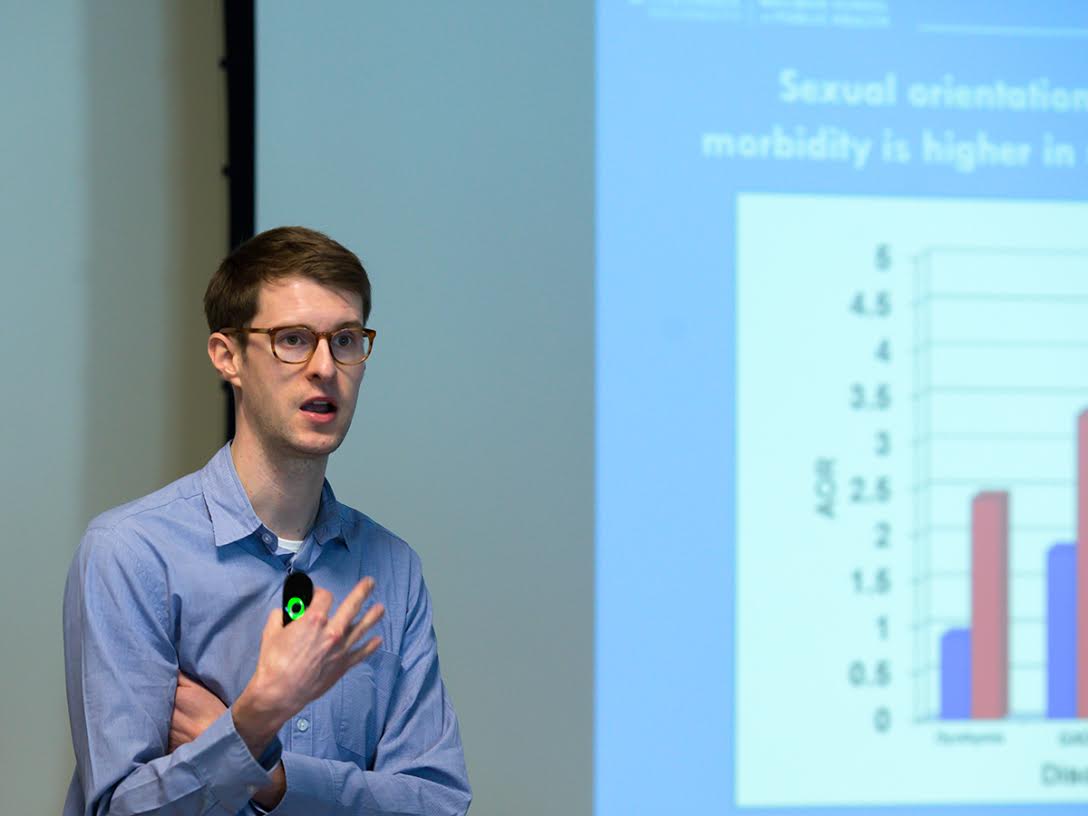 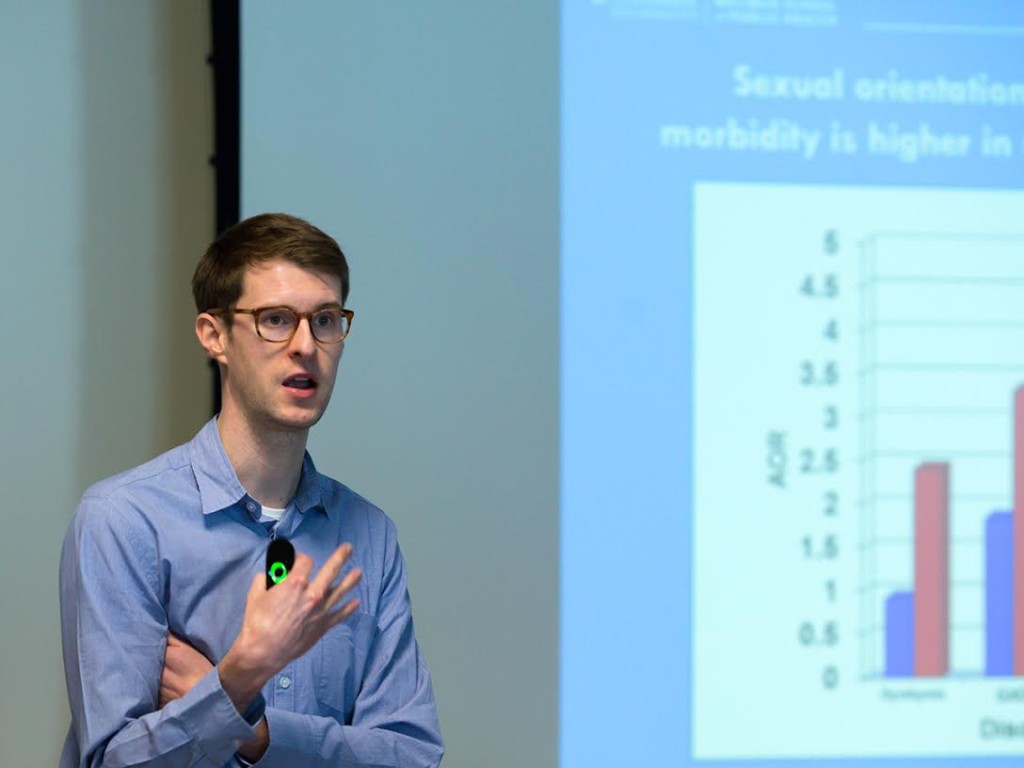 On Monday, Jan. 11, Columbia University Associate Professor of Sociomedical Sciences Mark Hatzenbuehler gave a seminar to address how social policies and attitudes affect the mental health of Lesbian, Gay and Bisexual (LGB) individuals in the U.S. The seminar was held in HUB 269 and was packed to maximum capacity with a crowd of about 40 people.

The professor used the General Social Survey (GSS) — a sociological survey used to collect data on demographic characteristics and attitudes of residents of the United States — to examine anti-gay prejudice in communities where LGB people lived. The survey asked heterosexual people in that community regarding their opinions of their LGB neighbors and measured anti-gay prejudice based on their responses. This research was then linked with the mortality data of LGB individuals from the National Death Index over a 20-year period beginning in 1988.

Approximately 25 percent of deaths were caused by cardiovascular diseases in high-prejudiced communities compared to 18.7 percent of deaths in low-prejudiced communities. “Psychosocial stressors are strongly linked to cardiovascular risk, and this kind of stress may represent an indirect pathway through which prejudice contributes to mortality. Discrimination, prejudice, and social marginalization create several unique demands on stigmatized individuals that are stress-inducing,” Hatzenbuehler stated.

Highly prejudiced communities were typically in states which passed constitutional amendments banning gay marriage, or did not pass hate crime legislation to protect LGB individuals. Currently, 20 states have not passed hate crime legislation protecting sexual orientation or gender identity that allow the U.S. department of justice to investigate and track these crimes.

Hatzenbuehler also briefly discussed his earlier research entitled, “The Impact of Institutional Discrimination on Psychiatric Disorders in Lesbian, Gay, and Bisexual Populations: A Prospective Study,” which was published in the American Journal of Public Health. The study focused on how constitutional amendments banning gay marriage contribute to mental disorders.

After the presentation a brief Q-and-A session was held, with one person asking if this research could be broadened to include a larger in-depth study of how policies such as high rates of incarceration and deportation affect LGBT people of color. “My hunch is that with what we’re seeing is that those (issues) are other indicators of structural stigma,” Hatzenbuehler answered. “The challenge of all this is finding reliable data that have information on incarceration of LGBT individuals as a whole.”

A sociologist who attended the lecture pointed out the problems of the GSS as many of the respondents were white men. Due to this, the statistics were skewed to reflect mostly white gay men as opposed to LGBT people of color. Rima Patel, a fourth-year public policy major who attended the lecture, was concerned with this fact. “You’re only getting the data-set from one type of ethnic group. You cannot apply it to the entire community, that was kind of a little bit shocking to me,” Patel explained.