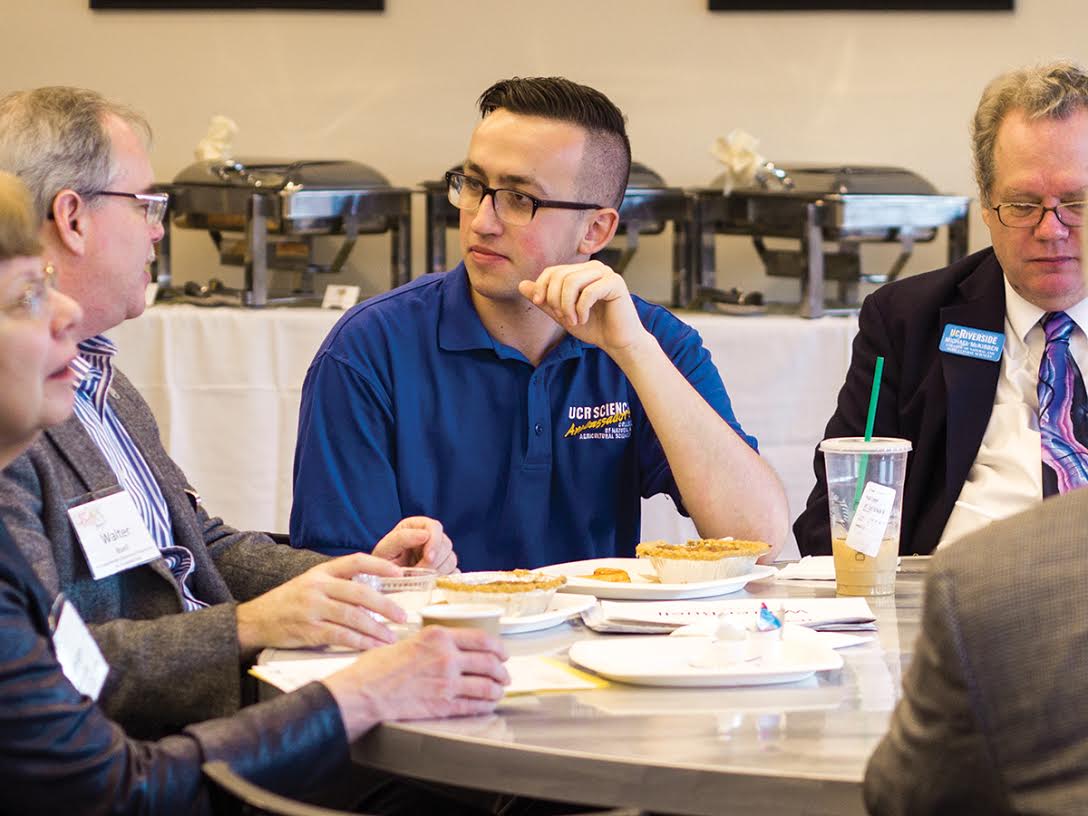 On Feb. 8, Connor Richards, a fourth-year physics major, became the first UCR student to receive the prestigious Gates Cambridge Scholarship. Richards is seeking a master of advanced study degree in applied mathematics and theoretical physics at the University of Cambridge in England for the 2016-2017 academic year.

The Gates Cambridge Scholarship was established in 2000 through a $210 million grant from the Bill and Melinda Gates Foundation to the University of Cambridge. Every year since, 40 American students and 50 international students have been awarded full scholarships that include tuition and living stipend of approximately $20,800.

“The secret is to just apply for everything you can, even if you think you won’t get it because sometimes you actually end up getting it,” said Richards.

The Gates Scholar has also been involved with numerous on-campus activities. He has been a part of the University Honors Program and has been a CNAS science ambassador since his sophomore year, in addition to his role as university advancement ambassador. His work involves outreach work for the science, technology, engineering and mathematics fields and mentoring incoming students. For recreation, Richards takes part in intramural football.

“I have played intramural football almost every quarter I’ve been at UCR. I’d love to win a title before I leave. But I guess I still have graduate school too if it doesn’t happen,” said Richards.

After his year abroad, Richards hopes to continue his education in the United States by pursuing a Ph.D. in physics. His top three choices are Princeton University, University of California, Santa Barbara and Cornell University where he hopes to continue his research. Richards is currently researching supersymmetry — a particle physics theory that involves the relationship between bosons and fermions to describe symmetry in spacetime — at the Large Hadron Collider. On campus, Richards has been involved with research for physics professor Owen Long since his freshman year.

“I want to keep doing the same research I’m doing. We’re currently studying supersymmetry. Basically what we’re doing is looking for dark matter. Dark matter is this mass that permeates the universe and we have no idea what it is but we know that it should be there. If we find evidence of symmetry than we think we know what dark matter is and that’s a huge deal. For my Ph.D. and beyond I want to look for evidence of dark matter and new physics, stuff we don’t understand yet,” said Richards.