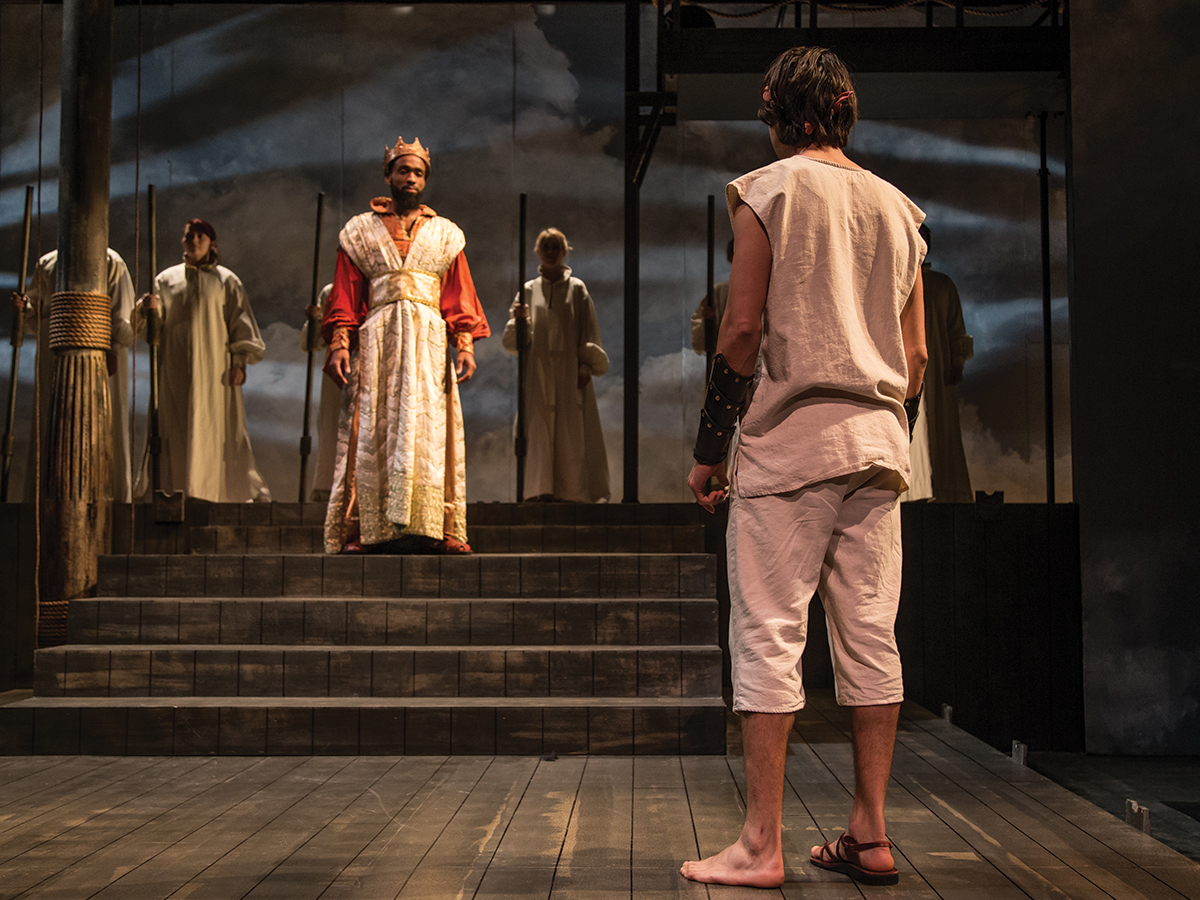 While many bemoan the lack of culture at UCR, few take the time to actually go to many of the events put on by different departments on campus. For the past few months, the theater department has been working on putting on “Argonautika,” a play written by author Mary Zimmerman. The play is a comic reinvention of an ancient Greek play, which narrates the story of Jason and the Argonauts, and their quest for the Golden Fleece. While I watched the opening night, “Argonautika” will run for  seven performances until Feb. 27.

Taking place at the Arts Building, the venue was small and intimate, but immediately the set design created an authentic atmosphere that would really carry the tone of the play. Set up as the deck of a ship, with a central open stage and a raised platform behind it, the stage was set up so the the characters would enter and exit between the audience bleachers.

As someone who has not gone to very many plays, I was not expecting to be that pleased by the performance. I was thoroughly surprised by how genuinely entertaining the piece was, at times incredibly funny, and at others suspenseful and even tragic. The salient characteristic of the play was its irreverent humor. There were many moments that had a self-referential element to it, as if the play was winking at the very conditions of Greek tragedy.

Moreover, the cast was entirely composed of students, which made the performance that much more impressive. The chemistry between the actors was brilliant, which went very far in creating an authentic atmosphere for the play. For example, Medea and Jason, who are lovers in the play, fit together perfectly, allowing me to suspend my disbelief and see them as an authentic couple. The harmony, and then the seeds of discord that are sewn into their relationship felt like the arc of a real relationship.

However, more than the amazing performances, the little details are what made the play so engaging were the staging effects: the lighting, which would dim to change the tone or spotlight a character. In tandem with the lighting, there was also the score, which would very subtly signify the passage of time, or would add extra tension to an already tense scene.

While the entire play as a whole was very entertaining, there were specific moments which stood out. For example, there is a scene where one of the characters fights a large monster, who is notorious for brawling with all sailors who land on his island and defeating them. This scene is great because it encapsulates the kind of irreverent humor that stood out the most about the play. The character, Pollux, runs around all over the stage ducking the monster’s blows, only to get bopped on the head and fall over.

Another incredibly enjoyable scene was when all of the heroes and characters who are a part of Jason’s crew are introduced. This scene is a song-and-dance number, where all the characters are sitting around chanting, and one character comes up and gives a little individual verse that introduces them. Most of the crew are famous characters from Greek myth, like Hercules and Meleager. These characters are always very unique, and feel fully rounded but have individual quirks that are always kind of present. For example, Hercules is always touting his strength while Meleager is incredibly prideful.

After the play, I caught up with Taylor Kim, who played Hera. When asked about what it felt like to work so close with a cast and see the final product ,she stated, “When you spend so much time together, you gel together and you become a family which makes performing so much fun because you’re with these people you have bonded with.” This level of friendship could clearly be seen in the play. While on stage, the entire cast looked like they were having fun, which made the whole production feel authentic.
For those of you who are looking to add some culture into your night or are simply exhausted from week seven brain drain, “Argonautika” is the perfect thing to liven up your night. All the romance, adventure and tragedy contained in this play will keep you absorbed until the very last moment.