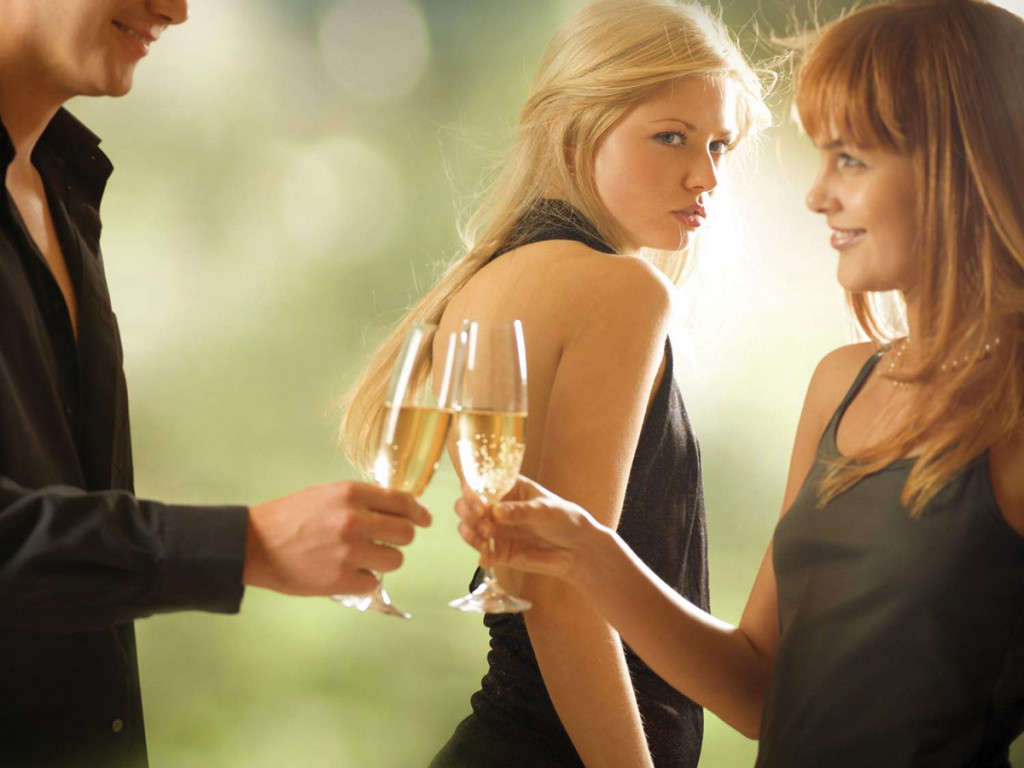 Aside from cheating, what’s the number one issue that has led to breakups since the dawn of time? Here’s a hint. It’s the “green-eyed monster,” also known as jealously. Jealousy can be shown in many ways, but the important thing to note is how it’s being received by your partner. It’s also good to know that it’s okay to be jealous sometimes, especially since it means you care deeply for the person. What’s not okay, however, is to get jealous about every little thing and end up micromanaging small aspects of a relationship. Don’t spiral into the madness of being envious —  it’ll end up costing you a lot more than just your relationship.

When you see your significant other buddying up with someone unfamiliar it may look suspicious at first. But before jumping to rash conclusions you need to communicate with your partner. Never assume that your significant other can read your mind. Another thing to note is that bottling up feelings of anger can result in an even more dramatic encounter later on down the line. Lay everything on the table and tackle things as a pair. Two minds are better than one.

In a relationship, everyone needs to have a considerable amount of space and have their own life outside of the particular courtship. Don’t assume any cheating or dishonesty is going on when someone is simply living their life outside of you. People have multiple threads and bonds that make up their life and those shouldn’t be expected to sever simply because of a relationship. Respect their previous lifestyle and make sure that your partner also respects yours. Before you let any suspicion turn into anger, seek out a conversation with your partner.

“I feel that it’s okay to act on jealously. Your significant other should always be open to listening to you and wanting to change for you if you are the jealous type,” says second-year sociology major Rae Fernandez.

When should you refrain from showing jealousy and not speak on your emotions for the greater good? It may seem like a hurdle and even impossible to achieve. But remember that everything in this world doesn’t need a reaction. Unless the issue you’re having is affecting how you communicate and interact with that person on a daily basis it probably isn’t even worth bringing up. If you want to gauge how important something may be —  and throw out any baggage that you might have, it’s best to talk with a valued friend. Consult with them and make sure that before you get accusatory or confrontational you actually have grounds to stand on. Rushing in head-first with simply your pride in one hand and heart on your sleeve is very dangerous. Don’t chance anything based on emotion alone.

Once you address your partner they should be willing to hear you out. Even if it’s a petty reason, knowing that your significant other understands is always going to calm things. If you’re in a relationship with someone, you have to understand that you’re going to see the most ugly parts of them. But when they begin to surface, no matter if it’s at the beginning, or months in, you need to be able to handle them with consideration or the relationship will be on a crash course to destruction.

“Reassurance is a must especially when one’s partner starts to become jealous. But because of the constant overthinking,” says first-year communications major Kate Ferrer, “we all sometimes don’t even want to hear nor take in the reassurance given, because we’re just that stubborn, which can also lead into a destructive relationship.”

Relationships can be time-consuming, soon becoming a neverending journey for happiness. They require constant attention and continuous effort. You have to allow yourself to bring down all walls and defense mechanisms when you get into a relationship. One of the typical symptoms of jealousy is the inability to find reason and truth within your partner’s actions. It’s almost like a temporary relapse of the mind, and it can affect how you act toward an individual. You cannot be selfish when you’re sharing your livelihood with someone else. Even the most painful truths can be dealt with as long as there is always an opportunity for a forum of healthy discussion and compromise.

Don’t let jealousy get the best of you. It’s not something you can easily control. When you’re jealous, always try to find peace within yourself before exerting force on someone else in an emotional outrage. No one goes through these feelings alone, and that’s the most important lesson to take out of everything. One of the easiest remedies is to always have open lines of communication. Without communication there’s no way feelings are going to be conveyed as accurately as they should. Also, make sure your partner is willing to be accepting of change, or at the very least, welcome to a healthy compromise. We’re all just trying to keep our emotions at bay especially when dealing with the ones we love the most.