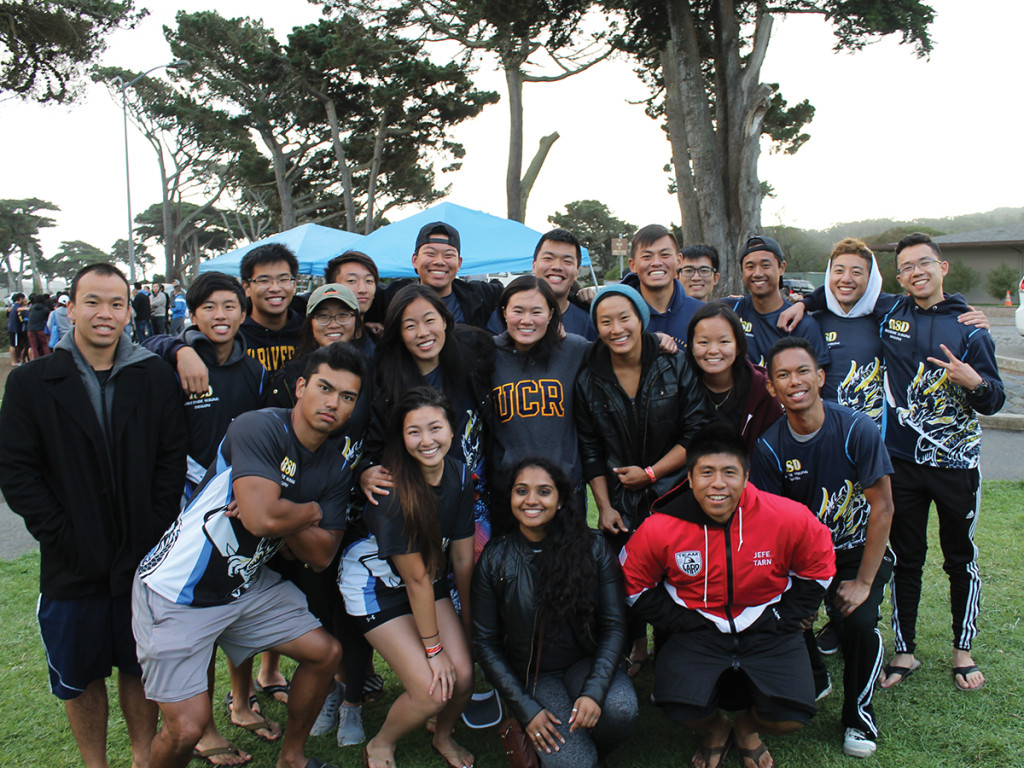 The Riverside Surging Dragons (RSD) have made a recent surge of appearance on UCR’s campus as they took home a second-place award for the 2015 College Cup C Division, an annual competition in which groups are divided into divisions based on preliminary races. Founded in 2010, they are an on-campus organization that participates in competitive dragon boat racing to “instill discipline, hard work, passion and focus.”

While seeking to enhance the sport of dragon boat, RSD also spreads awareness on the Chinese cultural background behind this paddling sport. Dragon boating has had its roots established centuries ago in ancient folk rituals of Chinese villagers as a celebration of a lunar holiday. Dragon boat racing nowadays, though, is quickly becoming one of the fastest-growing aquatic sports, attracting popularity with its competitive tournaments and events, while still recognizing the traditional aspects of camaraderie, strength and endurance in its practice. This is no exception for Riverside’s Surging Dragons as they see themselves as more than just a group of paddlers, rather a group that seeks to fulfill their mission which, according to their mission statement, is to “strive to push beyond (their) limits and be the best that (they) can be.”

A typical routine for this organization’s practice begins with picking up all members of RSD by 8:15 a.m. on both Saturday and Sunday mornings. While for anyone like me, early morning weekend practices would be the deciding factor against participation, the passion each member has toward dragon boating motivates their will to devote so much time to the sport. They arrive in Long Beach by 10 a.m. to immediately begin their land practices –– drills, stretches and warm-up laps –– before moving onto water practices. Their day ends at 12:30 p.m. when it comes time to return the dragon boats and paddles to the rental shop.

After enduring long practices and sacrificing a great majority of their weekends to RSD, their most rewarding experience is during the competitive races. Terry Chiang, fifth-year business informatics major, explains how after spending “up to 10 weeks just preparing and conditioning” themselves, he is most satisfied when they “get to travel to places like San Francisco and Arizona to compete (and enjoy) a good bonding experience with the rest of the team.”

Participating in a dragon boat club since high school, third-year environmental engineer Kevin Kwong states that he continues to be a member of RSD as a result of “this feeling that the team will keep on improving and continue to represent UCR in the future.” As the current coach, Kwong also reveals that he feels most rewarded when he notices “that everyone on the team gave it their all and did their best … to aim to improve themselves for future races” during each competition.

With about 30 teammates now, membership within RSD continues to expand as more Highlanders witness the passion and excitement behind dragon boat racing. While first-year pre-business major Nathan Wong had known about the competitive sport since high school, he chose to join UCR’s team for “its camaraderie and its team aspect” as well as “to recreate team bonds and to share (his) experiences with the world.”

As a “team sport that requires 20 paddlers to work in sync with one another, we all work toward one goal, and that is winning the race,” explains Chiang. With this, the dynamic between all the members of RSD grows increasingly tighter. “The team is very much like a second family; we all support each other and grow with one another,” expresses second-year business major Charlene Su.

Aside from the growth of the team as a whole, RSD has also allowed for personal development within each individual member. As the dragon boat coach, Kwong seeks “to not only improve the team, but also to improve (himself) as a leader … (and) to force (himself) to get out of (his) comfort zone.” RSD thus poses as an opportunity for members to gain “teamwork skills and the ability to be open-minded and listen to others on top of being able to time manage and build one’s spirit,” elaborates Wong.

Riverside’s Surging Dragons unifies students who seek to increase their awareness of the cultural sport as well as engage in a team-building experience. The long hours spent in team practices, meetings and competitions reveal the passion and dedication each member holds for the sport and for each other.