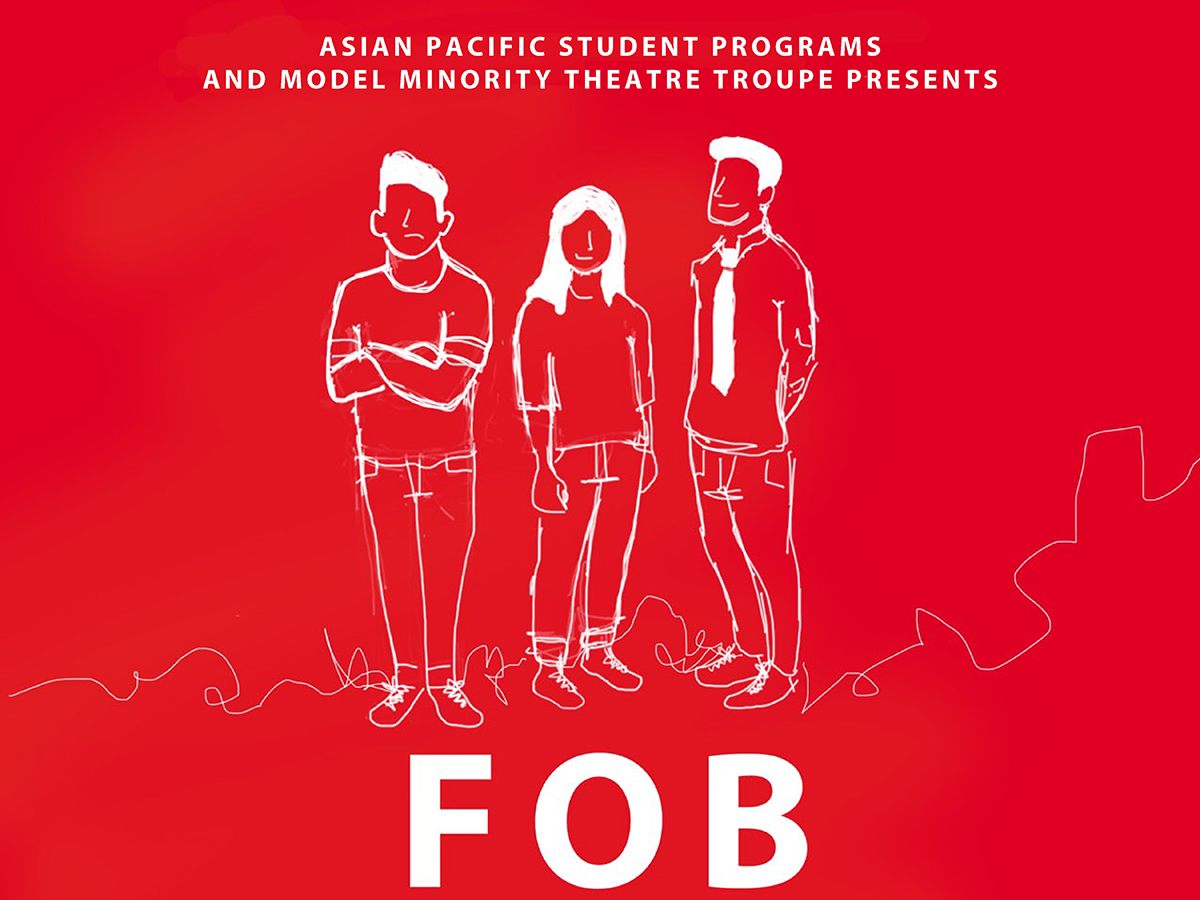 “FOB,” or “Fresh Off the Boat” is a pejorative I’ve heard far too many times at UCR. While it can be used to refer to anyone with a non-American accent, it is primarily used to insult Asians and Asian-Americans. In the 1970s, David Henry Hwang tried to appropriate the word back with his award-winning play, “FOB,” that depicted the struggles of established Asian-Americans and Asian immigrants. The play is now part of a student production that will run on Wednesday, Feb. 24 in HMNSS 411 at 8 p.m. and Saturday, Feb. 27 at the Culver Center at 7 p.m. Before the first official screening, I had a chance to sit down with director Oscar Ho and Stage Manager Scott Shima.

The play is promoted by Asian Pacific Student Programs and the Model Minority Theater Troupe, and though it has some support from faculty, almost all of the work is done by students (though Ho is an alumnus, he is recently graduated). The small, three-person cast has a diverse level of theater backgrounds, starring theater major Sam Li as the titular “FOB” character Steve, Giselle Austria as first-generation character Grace and CHASS Senator Nick Carrillo as the antagonistic, second-generation character Dale. Though these are the only students likely to be seen by attendees, Shima assured me there are about “10 to 15” students assisting behind the curtain.

Ho explained the basis of the play to me, describing it as a “melodrama with some comedy” that deals with the cultural connections and difficulties of Chinese immigrants coming to America. Though the cast is entirely made up of Chinese characters, Ho explained that he felt it had universal appeal across differing ethnic backgrounds which would make it an ideal play to perform on our campus. Shima also added that it was chosen because it isn’t “too out of range” in terms of production.

As Asian-Americans themselves, Ho and Shima both felt a personal connection to the play. Shima felt that he used to identify with the character Dale, as he used to feel different from “foreigners,” and that studying this play helped him realize that there is not much of a difference between fourth-generation immigrants who have less of a connection than recent immigrants. Ho, even though he is second-generation, explained that he strongly identified with the first-generation character from the play. He elaborated that he had seen people from similar ethnic backgrounds disparaging people who still have accents or mannerisms from their home country. The two both had high hopes that this play could entertain as well as inform students who come to see it and possibly help people examine and work on their own biases.

The logistics of setting up the production apparently weren’t too difficult, as Ho is a UCR film veteran who assisted with numerous videos during his time here. In describing his influences as a director, Ho admitted that Darren Aronofsky’s “Black Swan” was his favorite film. This play has tested his skill, however, as this is the biggest production he has ever been a part of. He explains he does have a hands-off directing style, however, allowing the actors to grow into their roles on their own. Shima is a veteran thespian himself, and has been capably serving as the focal point of planning the production as stage manager.

Regarding their plans for the future, the two expressed their desire to have the play travel to other stages in Southern California. Shima added that they hope that their UCR performances will inspire other student productions, as “we need more student productions on our campus.” While the two did add that there are inherent worries in making a student production, it is certainly feasible. Hopefully, there will be more student-led productions in the years to come.
Oscar Ho was previously the distribution manager for the Highlander Newspaper.