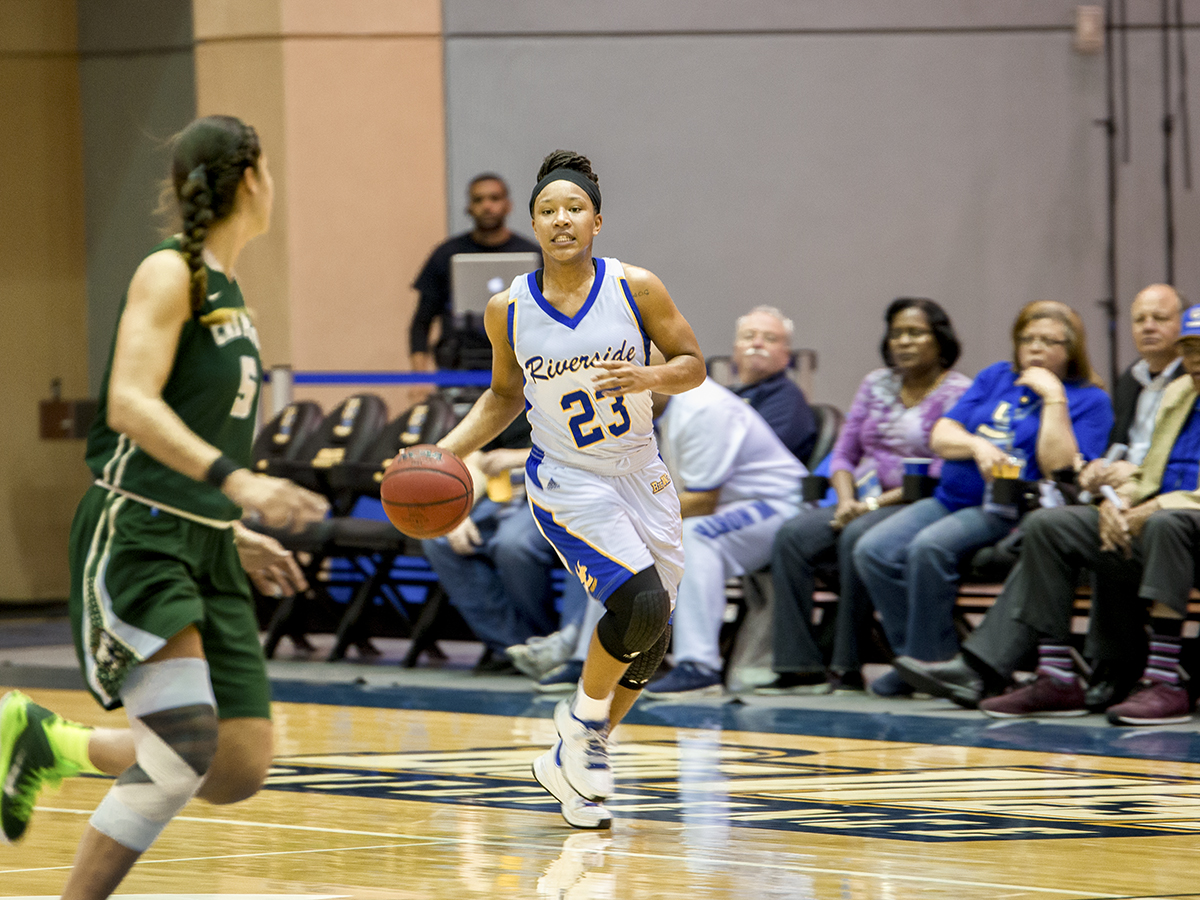 The crowd stood and applauded as senior forward Annelise Ito walked off the Student Recreation Center’s floor for the final time in her UCR career on Saturday, March 5. It was Senior Night for the Highlanders and Ito, who has been out since early February with a torn ACL, was announced as part of the starting lineup before being taken out before the opening tip, to commemorate her storied UCR career.

As for the game itself, UCR women’s basketball overcame an early 10-point deficit to defeat last-place Cal State Fullerton, 69-45, and secure the program’s first-ever undefeated conference record at 16-0.

As has become standard, the Highlanders played with incredible tenacity defensively on Saturday, forcing a whopping 22 Titan turnovers, which they converted into an even more remarkable 28 points. Yet as usual, this wasn’t the only area the Highlanders thrived in as the group held Fullerton to a meager 19 percent clip from outside and a 32 percent mark from the field overall on the evening.

The win and how they earned it falls in line with what UCR has managed to do all season. Play hard-nosed defense, create easy opportunities offensively and have fun doing it.

The Highlanders will be headed into the Big West Conference Tournament as resounding favorites, with a two-round bye until the semifinals where they will face off against the lowest remaining seeded team on Friday, March 11 at 12 p.m.