Highlander
Home Radar Building Culture To Recall the Past: Connecting History through Photography 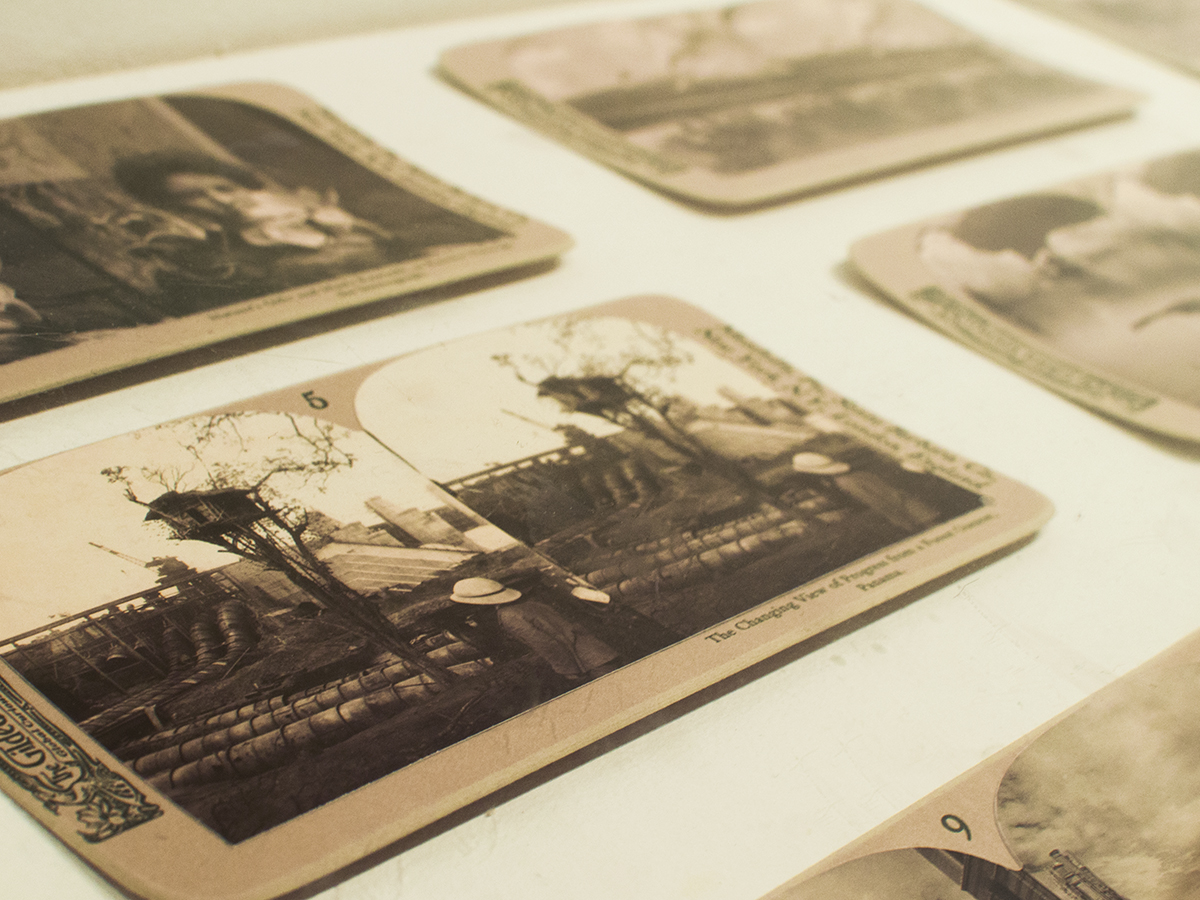 In the basement of the California Museum of Photography, down a spiraling metal staircase, is the current exhibition titled “Recollection,” which artists have created with the use of the museum’s Keystone-Mast Collection. This archive of photography dating between the 1870s and 1930s is the largest of its kind, naturally attracting artists from all over the world to try their hand at creating something new out of the old. By taking historical photographs and editing them to create a new piece, the artists of “Recollection” are recalling the past and creating a link to our present society.

One such piece, “Cultural Reflections” by Jim Pomeroy, takes a grainy black-and-white photograph of a woman engrossed in her television set, and then manipulates the original by adding words over the surface of the photo. The top-lefthand corner reads, “The reflexive effects & functional inversion in a privatized spectacle,” which functions as a sort of caption to headline the photo.

Across the rest of the picture in an outdated black font, words like “vegetative induction,” or “passive” float along the scene, creating a double-narrative of sorts: a woman absorbed into a television show and then another presence commenting on the effect this relationship between human and technology has. This particular piece was put together in 1985, and the critique here of isolation created by the intense, unyielding concentration on media is perhaps even more relevant today when Netflix-binging is as common, or even more so, than outdoor activities as a form of recreation.

The exhibit also features artwork that casts a critical eye on political issues. Another of Pomeroy’s creations from the same year also uses the same technique of text overlaying historical image. In white font that takes up nearly the entire frame it reads, “It’s Star Wars time again, and, as the empire strikes back … but who is playing Darth Vader now?” The text appears over an image of the Nicaraguan coast being invaded by ships. This speaks to American colonialism, imperialism and exploitation. Especially given the current political climate, it’s a healthy question to ask using the framework of popular film culture: Who are really the bad guys? The artist is careful in his critique; he doesn’t blame or point fingers. He simply asks the viewer to come to their own conclusion.

This theme of convergence between the new and old is inherent in the media itself; the layering of past and present creates a bridge between the events of the 19th9th and 20th century and the habits of our own society. As it turns out, they have more in common than one may originally think.