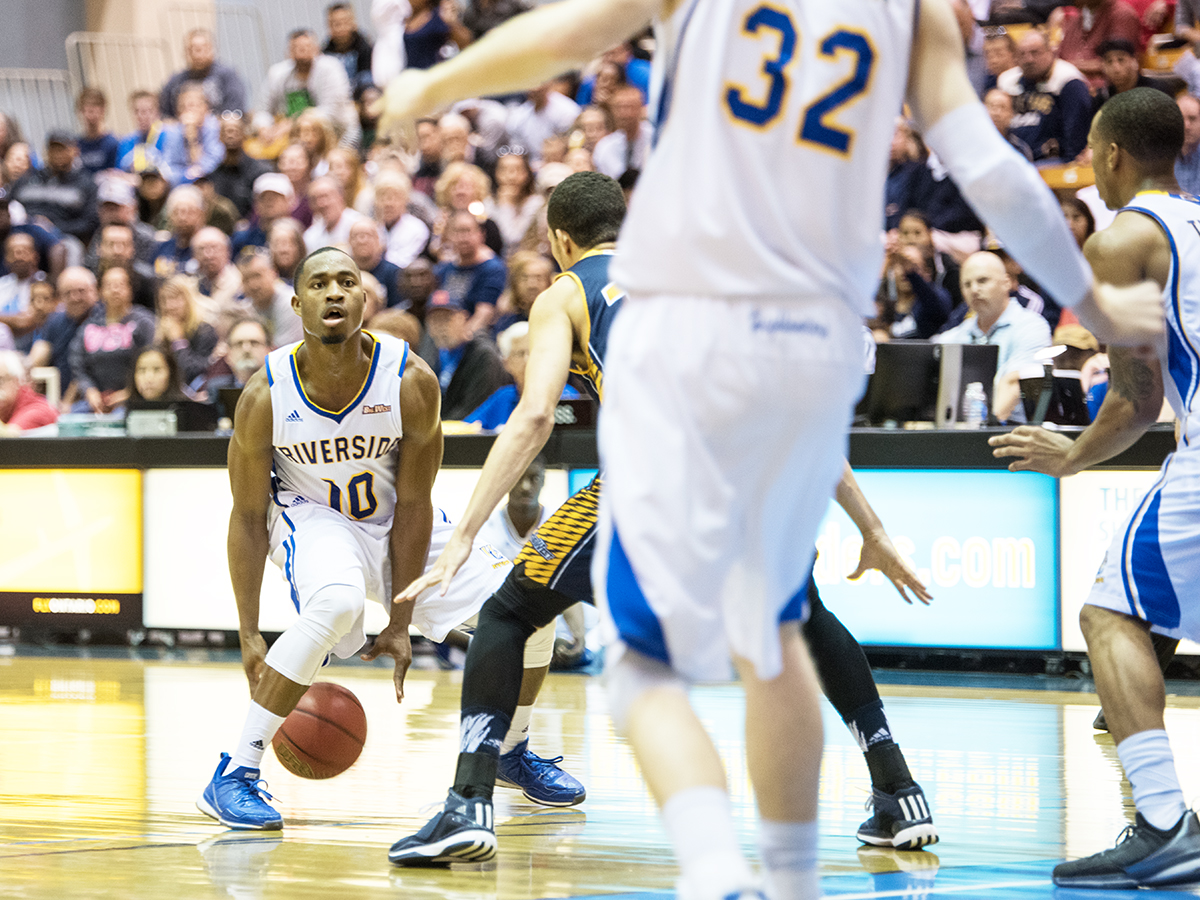 The UC Riverside men’s basketball team played two hard-fought games this week, one against UC Santa Barbara and one against conference and Southern California rival UC Irvine. Yet in both, the Highlanders came up short.

In the first game of the week on Thursday, March 3, the Highlanders were in prime position heading into halftime. The Highlanders were just behind by a five-point deficit by the end of the first half, but their hopes were quickly dashed when UC Santa Barbara went on a 21-3 run to start the second half. In the end, the deficit proved too for a UCR comeback as UC Santa Barbara won the game, 81-55.

The Highlanders carried motivation from this loss on their backs heading into their final game of the regular season against UC Irvine. Before the game UC Riverside honored its two seniors on the team, Jaylen Bland and Steven Jones, prior to tip-off for the regular season finale. The Highlanders seemed in terrific position to send them off with a win, leading by a score of 62-52 with just over 7:45 left to play, but UCI would not be denied. Behind the efforts of arguably their two best shooters, Luke Nelson and Mike Best, the Anteaters came storming back and eventually took the win by a score of 76-66.

The Highlanders will now travel to Anaheim to take part in the Big West conference tournament, which will run from March 10 to March 12. The team will take on third place Long Beach State who posted a 12-4 conference record and defeated UCR in their two meetings this season.