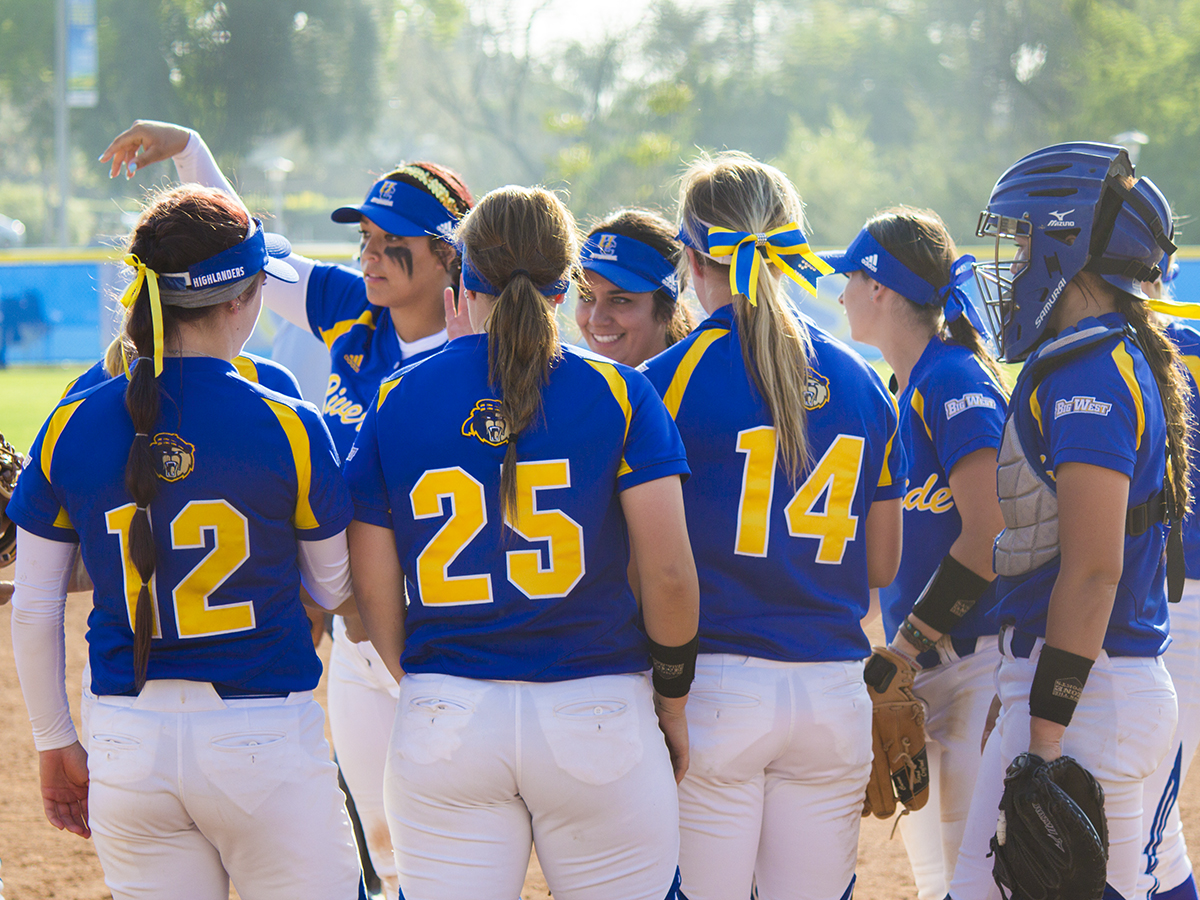 UCR’s softball team continues to dominate this season, with a 12-6 record overall and a 7-1 mark at home and the team was poised to continue its success in this weekend’s Highlander Classic hosted at the Amy S. Harrison Softball Field. The Highlanders did not disappoint the crowds, sweeping both Utah State and Santa Clara University in the two-day Highlander Classic.

In the first game of the tournament against Utah State, UCR sophomore Kaylynn Pierce pitched the game in its entirety. Pierce was focused and maintained control of her pitch, allowing a mere three runners on base throughout the game and striking out the Aggies 11 times. Toward the end of the fifth inning, Pierce was visibly fatigued and allowed a single home run, but this did not faze her as she persevered and finished out the game allowing only two runners on base and no further runs scored. In addition, the Highlanders were able to score another run in the sixth inning, bringing the final score to 4-1.

In the following game against Santa Clara University, the Highlanders once again demonstrated excellent teamwork and communication, helping them to ultimately win.

UCR quickly accumulated six runs in the first four innings due to three Santa Clara errors. Despite the large lead, Santa Clara was able to catch up in the sixth inning to tie the score at 6-6, in thanks to Kimberly Goulart who hit the ball into the left outfield and second baseman Haley Harris then made a fielding error, thus allowing Geenamarie Bonilla to advance to home.

In the seventh inning, UCR batter Jenna Curtan walked to first base and Shylene Helms followed her with a bunt, allowing Curtan to advance to second base and Helms to first. Both would advance again when junior Stephanie Tickemyer sacrificed a hit. With both Curtan and Helms in scoring position, the crowd was sitting on the edge of their seats in anticipation of a potential walk-off score when Erika Campbell then hit the ball into left-center field, enabling Curtan to score the winning run.

UCR closed out the tournament with a clean sweep, shutting out Santa Clara, 8-0 on Sunday, March 6 by way of mercy rule in the fifth inning. Starter Pierce pitched her second complete game of the weekend in a dominant outing, allowing only two hits and three strikeouts for the day. The win sealed the Highlanders’ second consecutive tournament victory in a row and put them at 15-6 overall on the year with an even more impressive 10-1 record at home.

UCR will look to continue its success on Tuesday, March 8 with a home series against Toledo before hosting the Mizuno Invitational from Friday, March 11 through Sunday, March 13.