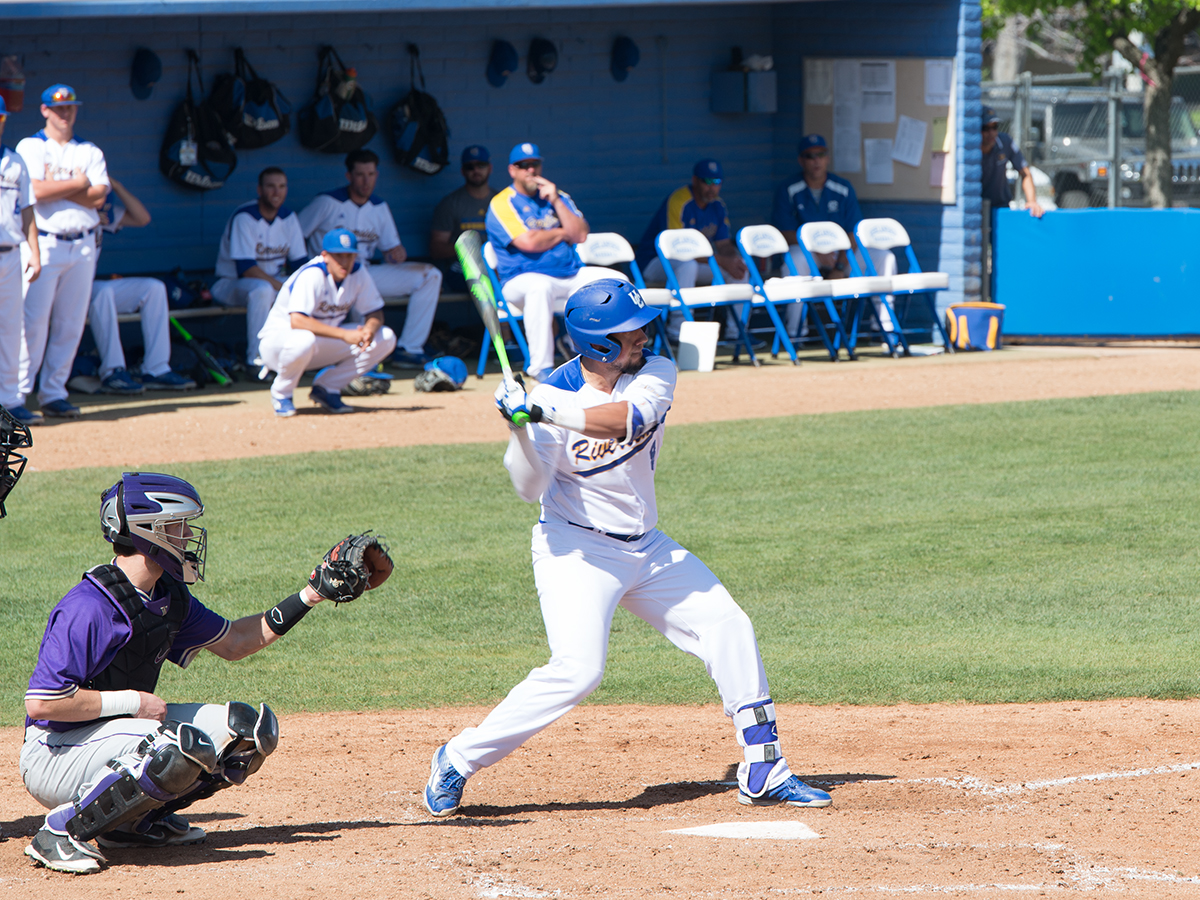 The UC Riverside baseball team (4-5) lost a tough one in the opening game of a four-game away series against the Portland Fliers (6-3) on Friday, March 4. Austin Sodders took the mound for the Highlanders in his third start of the season and had a rough outing, which lasted only two and one-third innings. Sodders gave up three hits and five walks which led to six earned runs. The Highlanders quickly found themselves down 8-2 by the fourth inning, with UCR’s two early runs coming in the form of an Aaron Cisneros home run and a Mark Contreras RBI. Innings five through seven yielded no scoring for either team, however, UCR scored four runs in the top of the eighth inning to bring the score to 8-6. This was not enough as the Fliers put the game just out of reach on a two-run home run from Caleb Whalen to bring the score to 10-6.

There were definitely positive takeaways from Friday’s loss. The offense produced six runs off 10 hits with four doubles and a home run, which is exactly what coach Troy Percival was expecting from this offense. Early on this season the offense was plagued by untimely hits and stranding runners on base, but now the team has settled down at the plate and is allowing the game to come to them. Not only is this offense getting its timing down, they have also found their power. The Highlanders had four doubles and a home run for a total of five extra base hits in a single game, which is the most this season. Also, going into Friday night’s game the team was hitting a collective .200 but has brought that up to .270 now. This UCR defense has also maintained its .970 fielding percentage to complement this offense, which seems to be hitting its stride.

Moving forward Percival knows this team will improve with time. Despite the team’s sub-.500 record Percival sees his team playing excellent defense and settling down at the plate, which he believes to be key attributes for this team to have in order to be successful moving forward. Since the beginning of this season, Percival has said, “I care a lot more about the second 10 games of the season than I do the first 10” and he knows this season’s start is being plagued by growing pains. Of course, the best remedy for growing pains like these is just time and as Percival simply puts it, “getting out there.”

Although the Highlanders are sitting at 4-8 the group still has potential to go far come season’s end. At the moment, UCR just needs to work out a few more kinks in order to be true contenders for conference play and, hopefully, regional play. Mainly, they need to find a way to get all three facets of the game performing well all at the same time. The Highlanders’ defense has been excellent all season, the pitching staff has been solid overall and the offense is finally flowing well. If the Highlanders can get their excellent defense, solid pitching and explosive bats to flow together then this team can and will succeed this season.