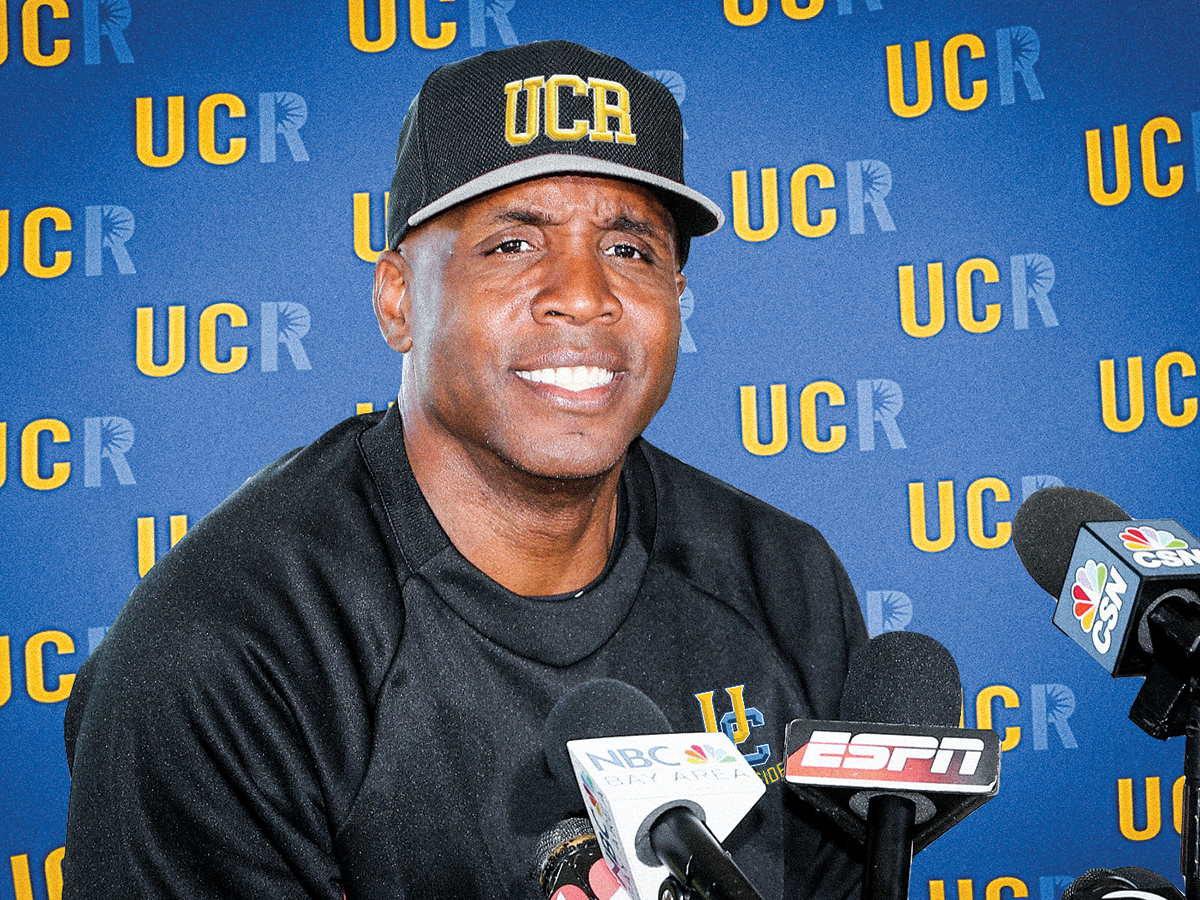 In a shocking turn of events over the weekend, UC Riverside athletics announced the hiring of MLB all-time home runs leader, Barry Bonds, as their newest head baseball coach. The move comes just a year and a half after the program proudly hired UCR alum and former MLB pitching standout Troy Percival in the same role. “Barry is a great guy. Great guy,” noted UC Presidential nominee, Donald Trump. UCR athletic director Tamica Smith Jones chimed in with more insight on the hire. “We all love and respect coach Percival but when you have the opportunity to add someone with the track record and integrity of Barry, that’s one you can’t afford to miss. We think we hit it out of the park.”

Indeed they did, as UCR snagged Bonds, a Riverside native, away from the Miami Marlins who just recently hired him as their hitting coach in December of 2015. Yet Bonds expressed excitement about returning to his roots, confessing, “It had been awhile since I stepped back onto these grounds. I am proud to be back and hopefully bring a winning tradition to our school and our city.”

Percival declined to comment on UCR’s decision. Though, according to sources close to him, he was quite up in arms over his abrupt firing, vigorously shaking his fist at the sky for upwards of 10 minutes before getting into his car and driving off.

Nevertheless, Bonds is looking ahead and is prepared to lead the Highlanders after a disappointing 2015 campaign. “I believe Coach Percival already did a great job group of getting this group fundamentally sound, now it is up to me to take that to the next level.”

As for how he plans to do so? “Substance,” proclaims Bonds, “Skill is one thing, but to actually feel an appreciation and love for the sport is another. That is what I call substance. I always had the talent but it was that extra substance which took me and will help to take this team over the top.”

The UCR players seem completely on board with the hire, already on a first-name basis with their new head coach.

“Barry is great,” chuckled catcher Drake Zarate as Bonds pulled the classic “bunny ears” prank behind him. “As you see, he likes to have fun and he is definitely allowing us to bend the rules a bit and I think you will see the results.” A noticeably bulkier Mark Contreras agreed, yelling out, “Barry’s our guy, man!” before grabbing Bonds and giving him a good ‘ol noogie atop his head.

This kind of optimism is needed for a group that currently sits at 9-12 before heading into conference play at the start of April, an area where they only went 4-20 last season. Though, as one can expect, the ever-positive Bonds is excited for the challenge. As he enthusiastically put it during his presser, “I’m just juiced to see what these guys are made of!”