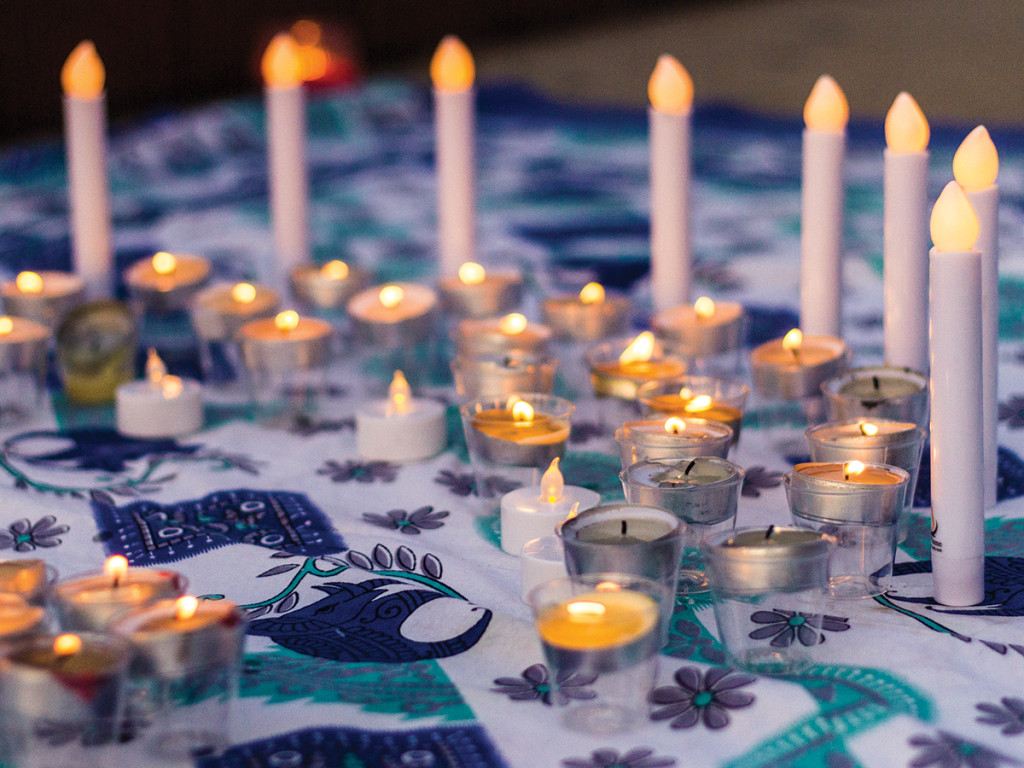 In remembrance of those affected by a terrorist attack on Sunday, March 27 in Lahore, Pakistan, the South Asian Federation, the Sikh Student Association and the Pakistani Student Association came together to organize a candlelight vigil on March 31. Over 40 students gathered at the Bell Tower to pay their respects to those impacted by the attack.

On Easter Sunday, a bomb exploded at the Gulshan-e-Iqbal Park killing at least 70 and injuring more than 300 people. A majority of the victims were women and children celebrating Easter in the park.

Vice President of the South Asian Student Federation Shireen Kaul, President of the Pakistani Student Association  Farah Haque and Kritee Sekhon from the Sikh Student Organization organized this event to bring attention to the attack in Lahore and create unity amongst the three groups. “We wanted to show solidarity here at UCR and also bring awareness. Attacks like these are covered in the media, but not like other attacks are covered across the world,” Kaul explained.

President of the South Asian Federation Ravin Rathod began the vigil with a speech reflecting on the sadness and cruelty of the terrorist attack. “Terrorism knows no race, creed, culture or religion. Terrorists themselves don’t discriminate in who or what they attack, but their end goal is just that, to cause strife, anger and mistrust between people and nations,” Rathod elaborated.

Despite the sadness felt by students at the vigil, Rathod reminded those present to, “Rise forth and defiantly stand against any and all acts of hatred and violence against each other.” He closed his speech with a moment of silence.

Rathod’s speech was followed by Wahab Gondal from the Islamic Center of Riverside, who also gave a speech and then delivered a prayer in English, Arabic and Urdu. Gondal also called on people to take action: “We have to remember that each one of us here has a voice and we can do more after this. There is no religion in this world that calls for violence and that is one thing we have to constantly remind people.”

Among those present, students Tanya Singh and Maureen Ahmed felt it was necessary to come out and pay their respects, “I think our school is based on diversity, so it is important to support events like this.” In addition to Singh and Maureen, one undocumented student who chose to be unnamed brought flowers to be laid among the candles. When asked why he felt compelled to bring flowers he said, “It’s simply out of respect. Terrorism affects everyone.”