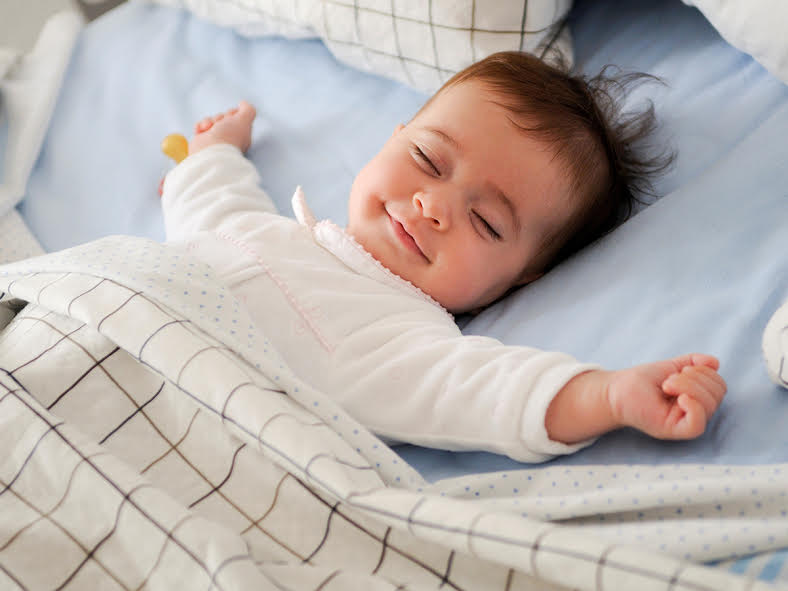 Researchers at the University of California, Riverside have recently reported their findings on how sleep assists in the forming of long-term memories, the first mechanistic explanation for this process, in The Journal of Neuroscience.

It is believed that sleep affects learning and the formation of long-term memories, but the reasoning behind it was not identifiably clear. A team of neuroscientists in UCR’s Department of Cell Biology and Neuroscience consisting of postdoctoral researchers Yina Wei and Giri P. Krishnan and Professor Maxim Bazhenov, have created a computational model that helps explain how deep sleep (or slow-wave sleep) may play a role in consolidating long-term memory.

During sleep, humans’ brains remain active and can be seen by observing electrical activity in the hippocampus — a small region of the limbic system, which is a part of the brain that plays a role in the formation of memory — in the form of sharp-wave ripples, and large-amplitude slow oscillations in the cortex of the brain. These alternating patterns of active and silent states of cortical neurons, or nerve cells that make up the cortex of the brain, during deep sleep are part of the process that takes traces of episodic memory that are acquired during wakefulness and initially stored in the hippocampus, and transfers them to the cortex to store into long-term memory.

“Experimental data have already showed that the memory acquired during awake learning has been replayed during deep sleep, and boosting slow oscillations — a characteristic electrical signals during deep sleep —  can enhance memory,” Wei explained.

The model allowed the team to study the combination of sharp-wave ripples with the slow oscillation patterns during stage three NREM sleep, or deep sleep, that determine the synaptic changes in the cortex. The model also allowed the scientists to detect specific synaptic firing patterns of the cortical neurons and how they represent a replay of a particular memory.

“Our next step of this research is to study how the effect of learning cues on memory consolidation during sleep depends on the phase of sleep slow oscillation,” Wei described. “Recently, a technique, called targeted memory reactivation (TMR), provides novel perspectives that auditory or olfactory cues can benefit memory reactivation during sleep. Recent experimental studies revealed that auditory cues or stimuli preferentially enhance memory consolidation when presented at an optimal phase of slow oscillation during deep sleep.”

Bazhenov received grants to support this research from the Office of Naval Research and the National Institutes of Health.