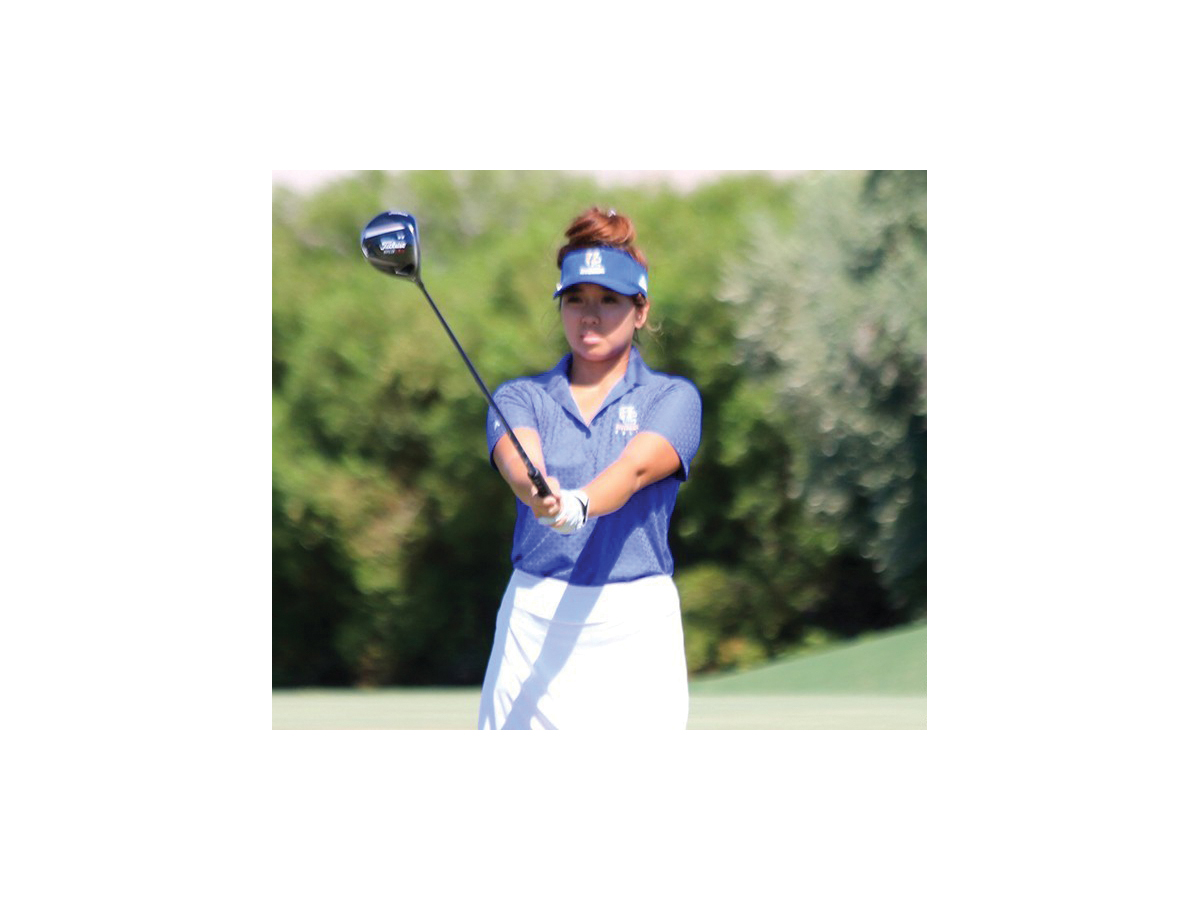 The conditions in Lahaina, Hawaii for the Big West Women’s Golf Championships were, by no means, perfect. Thirty-five mile-per-hour winds, cloudy skies, intermittent rain and yet, UCR emerged beaming as they took home the program’s first-ever conference title.

The group did so in suspenseful fashion, entering Tuesday’s final round three shots behind frontrunner Cal Poly until a series of bogeys from the Mustangs allowed the Highlanders to surge ahead into first, a spot they wouldn’t let up from the rest of the way. It was a strong close from junior Paris Griffith whose performance helped the Highlanders seal the best team round of the entire three-day tournament (296) and finish four strokes ahead of Cal Poly (54-over-par) for the tournament win. UC Davis’ 57-over-par rounded out the top three.

“I was so proud of all of them because … every player contributed to the success of the win,” said Ritchie. It was truly a collective effort from women’s golf as, out of a field of 40 individuals, all five UCR athletes managed to finish in the top 10. Griffith led the way for the Highlanders, finishing fourth overall at 10-over-par, 226 while sophomore Hannah Facchini’s 12-over-par, 228 landed her just one stroke outside the top five.

The win caps off a season in which UCR managed five top three finishes and ultimately earns the Highlanders an automatic bid to the NCAA Regionals, a feat that Ritchie admits she “did not expect” to accomplish after losing top players Savannah Vilaubi and Brittani Ferraro to graduation last year. “I knew that we had a chance. I really thought we would have to play our absolute best and I think we played exceptionally well,” said the second-year coach.

For now, the team awaits word of their destination for NCAA Regionals, which will be held from Thursday, May 5 through Saturday, May 7.