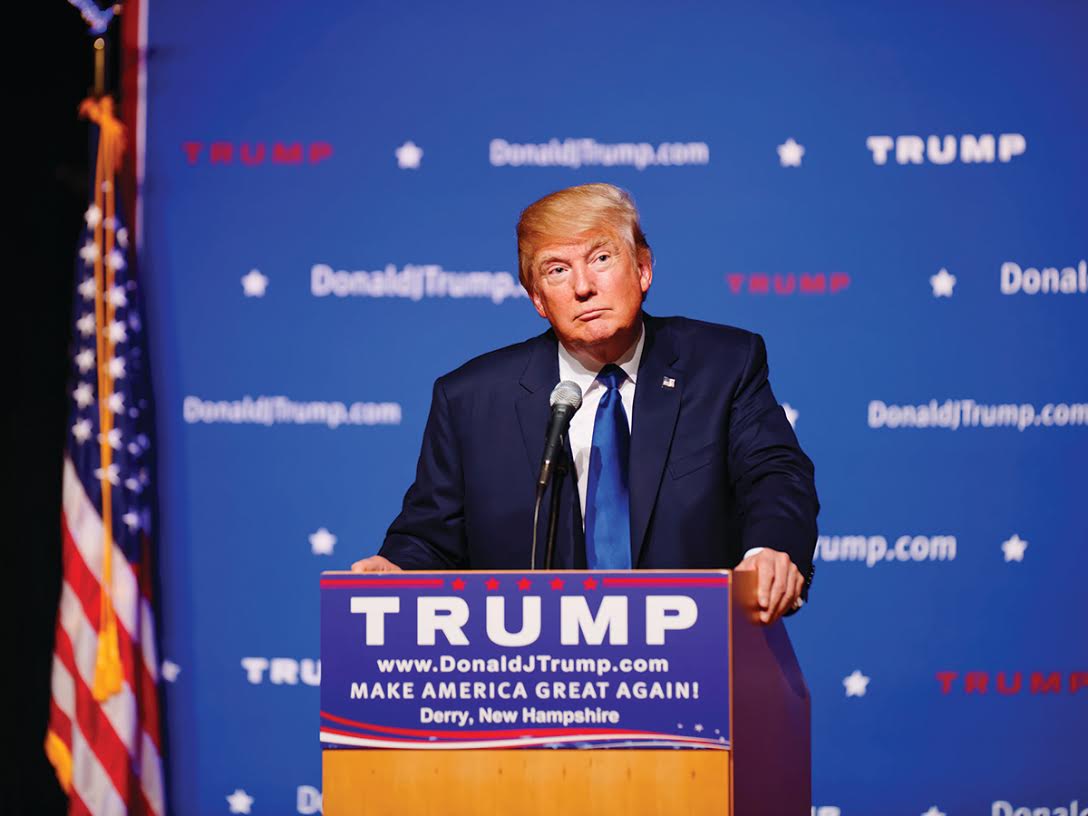 What is remarkable about Trump’s campaign is how it is making fact of what many people have long-perceived of the Republican Party since the “Southern strategy” of 1964: The Republican Party is not a party for all people, just white people. Furthermore, Trump has garnered a notable group of supporters for his xenophobic, sexist and racist rhetoric, which all support his ideology of returning back to a homogeneous America. Trump is not a politician or a leader; he is a racist, righteous and arrogant man who has turned American politics into a global embarrassment.

Let me start by analyzing his slogan: “Make America great again.” If Trump believes America, which is more diverse than ever before in its history, has lost its greatness, then what do you think he is truly saying? Ultimately, Trump’s slogan is a despicable attempt to create feelings of nostalgia for Americans who believe their “great” country is being taken over by immigrants. In addition, Trump is successfully capitalizing on the hate of regressive-thinking Americans who want America to go back to Jim Crow laws, Black Codes, “separate but equal” establishments and maybe even slavery (depending on which supporter you ask). Whenever Trump states his slogan, all I hear is covert white supremacy — white supremacy that’s hidden behind a catchy slogan, but pushes forward the agenda that America would be better off with no people of color. Welcome to the 2016 presidential election.

Although Trump is the presumptive Republican nominee for the 2016 presidential election, he by no means has the ability to rule the free world. Yes, I said the “free world.” Not the Muslim-surveillance world or the anti-immigrant world; I am talking about free-world America. Where people like Trump are so quick to classify immigrants as “aliens” without recognizing for a nanosecond that they are also immigrants, that, to get to America, Mexicans cross a border, while they crossed an ocean. If we want more historical context, the only true and legitimate Americans are Native Americans and they are the only group of people who can feel innately entitled to America.

Trump is problematic for a multitude of reasons, but one reason that is truly irritating is his stance on immigration. He believes that “Immigration is a privilege, not a right” and that in order to get Mexico to pay for a wall that would prevent their own people from coming to America, all he has to do is cancel their visas and tell them to pay for it. This specific issue epitomizes Trump’s lack of understanding about foreign policy. It also highlights the fact that Trump is not a rational thinker and believes that he can singlehandedly boss around any country he wants.