Even though ASPB’s “Josh PersPECKtive” event didn’t start until 7:30 p.m., students began to line up outside of University Lecture Hall 1000 as early as 4:45 p.m. in the midday heat. By the time it was 6:30 p.m., the line had expanded all the way from the University Lecture Hall to the Winston Chung Hall. It was hot and humid due to the near-summer weather, but people endured it with the hopes of seeing one of their favorite childhood and social media celebrities.

Every millennial knows Josh Peck. Many consider him to be “a part of their childhood” because of his role as the lovably hilarious Josh Nichols from the show, “Drake and Josh.”

However, he is also one of the few child celebrities who is still prominent today, as he is the 10th most followed person on the video-sharing app Vine and starred alongside John Stamos in the TV comedy series “Grandfathered.”

This is why the event, which was hosted by ASPB, was appropriately titled the “Josh PersPECKtive” as Peck discussed his experiences growing up in the entertainment industry and offered his perspective on various topics, such as the future of entertainment and finding one’s passion.

Thirty minutes after the doors opened, the entire University Lecture Hall was filled with excited students. The crowd was a sea of cellphones as people had their devices ready and positioned for Peck’s big entrance. When Peck finally appeared with a wide smile and gave the crowd a jovial wave, the crowd erupted into screams and clapping.

Peck was immediately fascinated with the lecture hall. As soon as he reached the interview platform and shook hands with ASPB host Josh Moreno, he asked the crowd, “What do you guys learn in here?” Multiple people in the crowd told him that it was a lecture hall, to which he responded that today he would teach them some “AP Josh Peck.”

Once Peck settled into his seat after briefly exploring the podium, Moreno initiated the interview by asking Peck what he thinks he would have ended up as if he didn’t become an actor. Peck replied, “I would be a yogurt artisan … but really, I don’t think I’m good at anything else. Like I don’t think anyone would take me seriously as a doctor.”

“It was sort of born out of necessity,” he plainly stated. “I was kind of a chubby kid growing up and so it forced me to develop a sort of wit about me, because I didn’t want to be the sad chubby kid.”

Multiple times throughout the night, Peck would differentiate himself from other guest speakers with enthusiastic interactions. He got up from his seat to face the audience, re-enacted stories like getting caught eating ice cream alone in his car by Tom Cruise and, best of all, stepped out of his bounds as a celebrity to personally interact with students during the Q-and-A session. 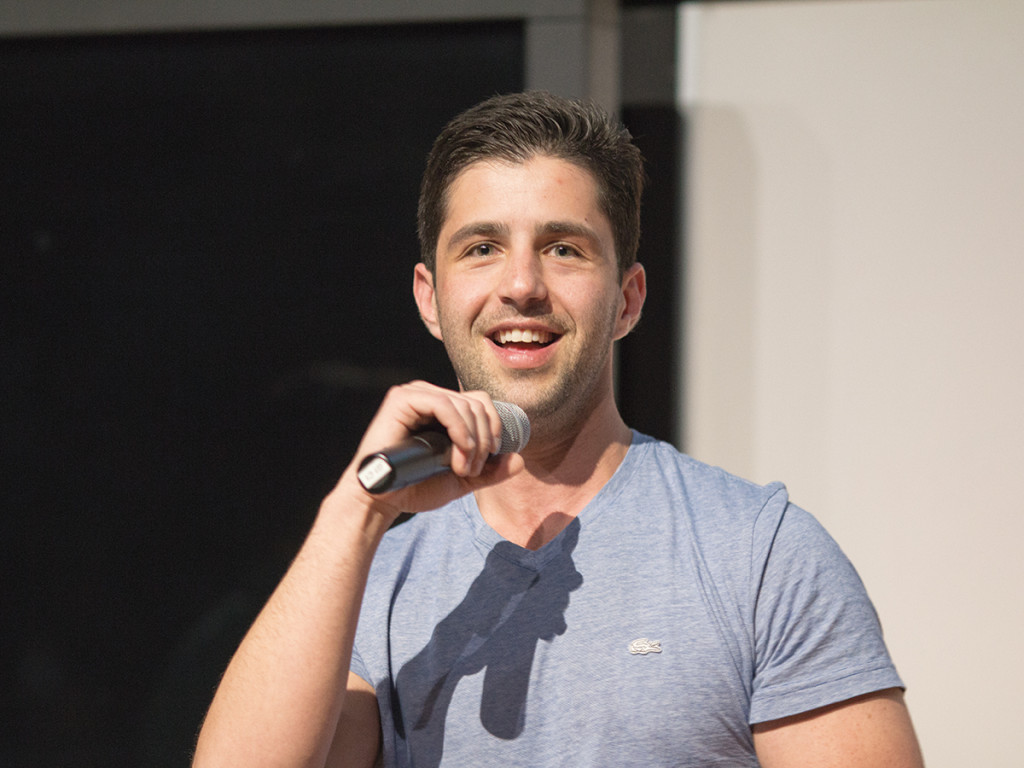 And, as Peck’s interactions illustrated, “personally” can mean all sorts of things.

Along with answering questions about himself, Peck did the following with students: bent down on one knee as if to propose, did the running man challenge (and lost), recorded a video message for a student’s boyfriend, blew a kiss and gave hugs. Lots of hugs.

Notably, one student asked Peck to “hug me brotha!,” then embraced him, while the audience clapped and whistled at seeing a “Drake and Josh” reference play out in front of them.

When the last students were told they couldn’t ask for hugs, they opted to other requests, such as one student who asked for a “spiritual hug.” Another simply asked Peck to wave at him from afar.

Many wanted to be up close and personal with the event’s headliner, not just because he was a great trip down memory lane, but rather because comedy can, as Peck later reflected in an one-on-one interview with the Highlander, “really leave a lasting effect on people.” 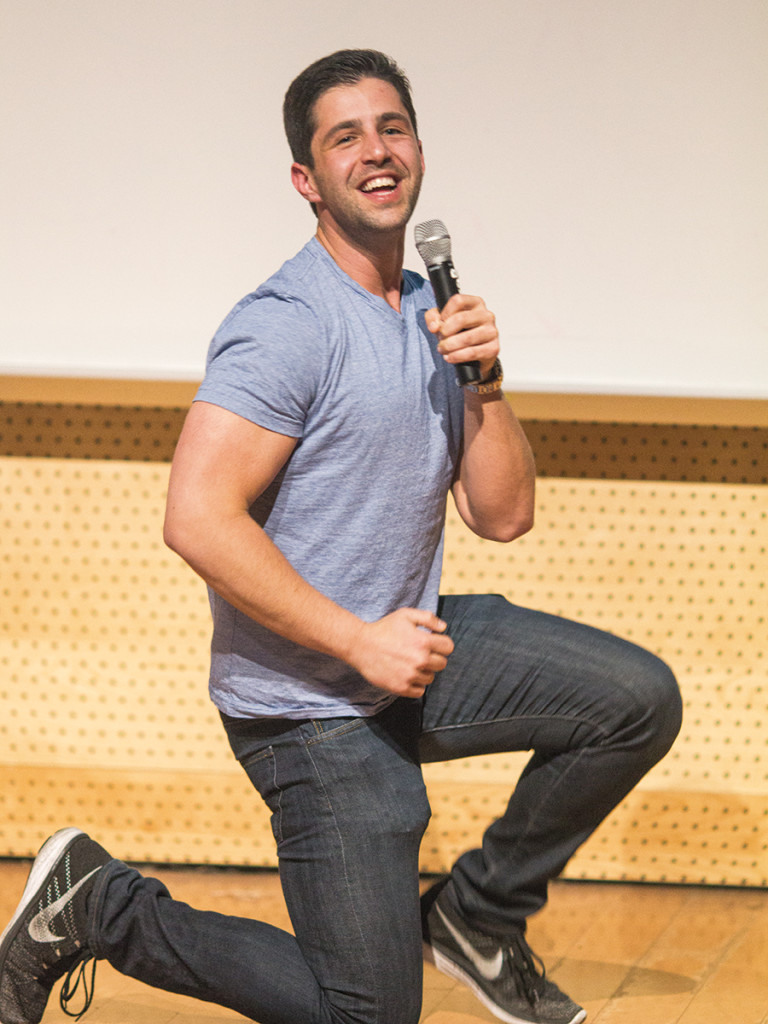 However, for Peck, comedy and being the funny guy served a different role in his life.

“It was sort of born out of necessity,” he plainly stated. “I was kind of a chubby kid growing up and so it forced me to develop a sort of wit about me, because I didn’t want to be the sad chubby kid.”

Peck showed he considered to view life more positively, no matter if it’s a small “jackassery” moment like falling down or the lulls in one’s career. He explained it’s necessary to do so, “Cause it’s easy to believe that when something doesn’t go your way, my life is over.”
The “Josh PersPECKtive” not only allowed people to meet one of their idols but also hug him, ask him questions and interact with him up-close. Because of his joviality and genuine personality, people will remember Peck for not only being a celebrity who visited UCR, but someone they personally befriended at the “Josh PersPECKtive.”