Highlander
Home Features When you can’t hide from your ex 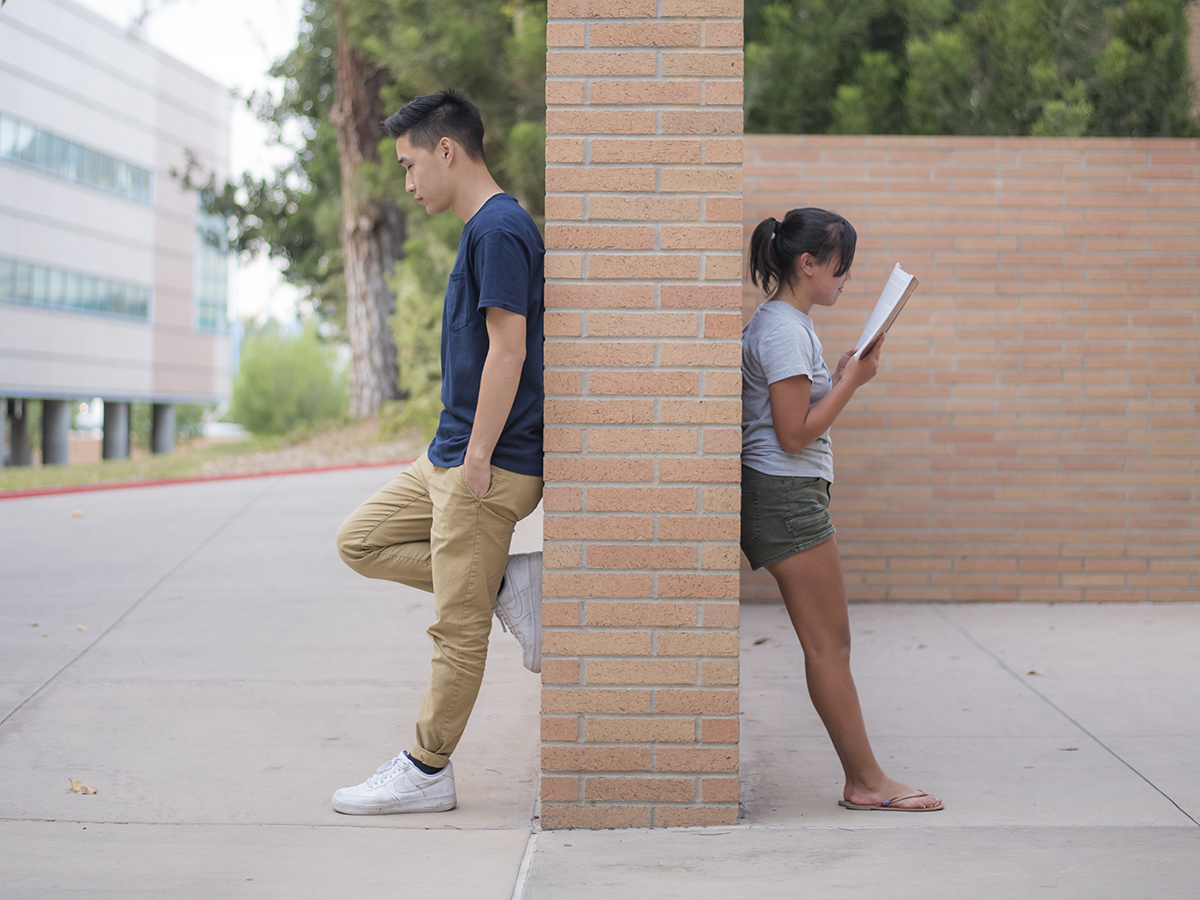 Everybody knows breaking up isn’t an easy thing to do. It puts you on an emotional rollercoaster you simply can’t escape. Like most difficult things in life, you have to face it head-on. Now, the whole “breaking up” issue takes a new turn if your ex goes to the same school or has the same circle of friends. This can add an additional set of emotions and invasive thoughts to the already difficult path of moving on.

Being in close proximity to an ex is probably something a fair amount of people have to deal with. For some, it might not even be a big deal. They might have had an amicable breakup and continue to be close friends. But for others, not so much. Especially for the people who are heartbroken and have been done wrong, it’s difficult to figure out what kind of attitude to bring forward when seeing your ex for the first time.

If you are someone whose ex goes to the same school as you, the immediate thought you have is, “What am I going to do when I see them?” And soon after, a thousand other questions follow. “What do I say? How do I act? Do they feel the same way I do?” Your mind will come up with a thousand different scenarios of possible outcomes of the first meeting. On one end, part of you may want to lash out in anger while another part might want to break down in tears. But most likely, all you will hope for is a civil conversation.

The best way to achieve this is to keep it simple. Both people involved in the relationship are probably already feeling nervous; therefore keeping the conversation light will help keep the emotions at bay. Asking generic questions such as, “How are you?” and not delving into personal information will keep the conversation sweet and short, leaving no time for heavy emotions to emerge. This way, you’ll walk away feeling accomplished and with a sense of preparedness for the next time you run into them.

Asking generic questions such as, “How are you?” and not delving into personal information will keep the conversation sweet and short, leaving no time for heavy emotions to emerge.

This leads me to my next point of advice: Accept that you will see your ex from time to time. There’s no running away from it unless you transfer to a different school, which I don’t think anyone wants to do. Accepting the fact that you’ll see them removes a set of worries you don’t need in the first place. And if you don’t want to see them, you won’t. Like people say: Out of sight, out of mind.

The time after a breakup offers a space to explore new things. Join a club or organization you’ve been eyeing for the past year, but never got around to because you were spending all of your time with your significant other. Make yourself busy, whether it be through school, work or extracurricular activities. But don’t do it to show off. If you’re doing all these activities to simply show your ex that you can do this and that, ultimately, you’ll just end up hurting yourself. Do it for yourself.

Keeping busy can be translated into your social circle. A breakup between two people who share the same group of friends can put a few people in a compromising position. Yes, things may be a little awkward and sometimes tension will be hanging in the air, but with time, everything will go back to normal. If you have a great group of friends, the last thing you want to do is to break that up, so don’t ask anyone to choose sides. Of course, there will be those friends who you’ll share everything with: The foul thoughts you have of your ex, all the weeping and crying. But that doesn’t mean that they will stop being his or her friend. And that’s perfectly okay. Like I said before, you just have to accept it. When it comes to hanging out with your friends post-breakup, try talking to some people who aren’t in your shared friend group or even rekindle some old friendships. Now, you don’t have an obligation to hang out with only one person. You’ll be surprised with the new relationships you may form.

It’s always a risky choice to date someone who you know will still be around if you breakup. Sometimes, it may not go the way you planned but in the end, everything happens for a reason. With time and self-reflection, you get to a place where running into your ex won’t be seen as, “running into your ex.” Soon it will become, “running into an old friend.”