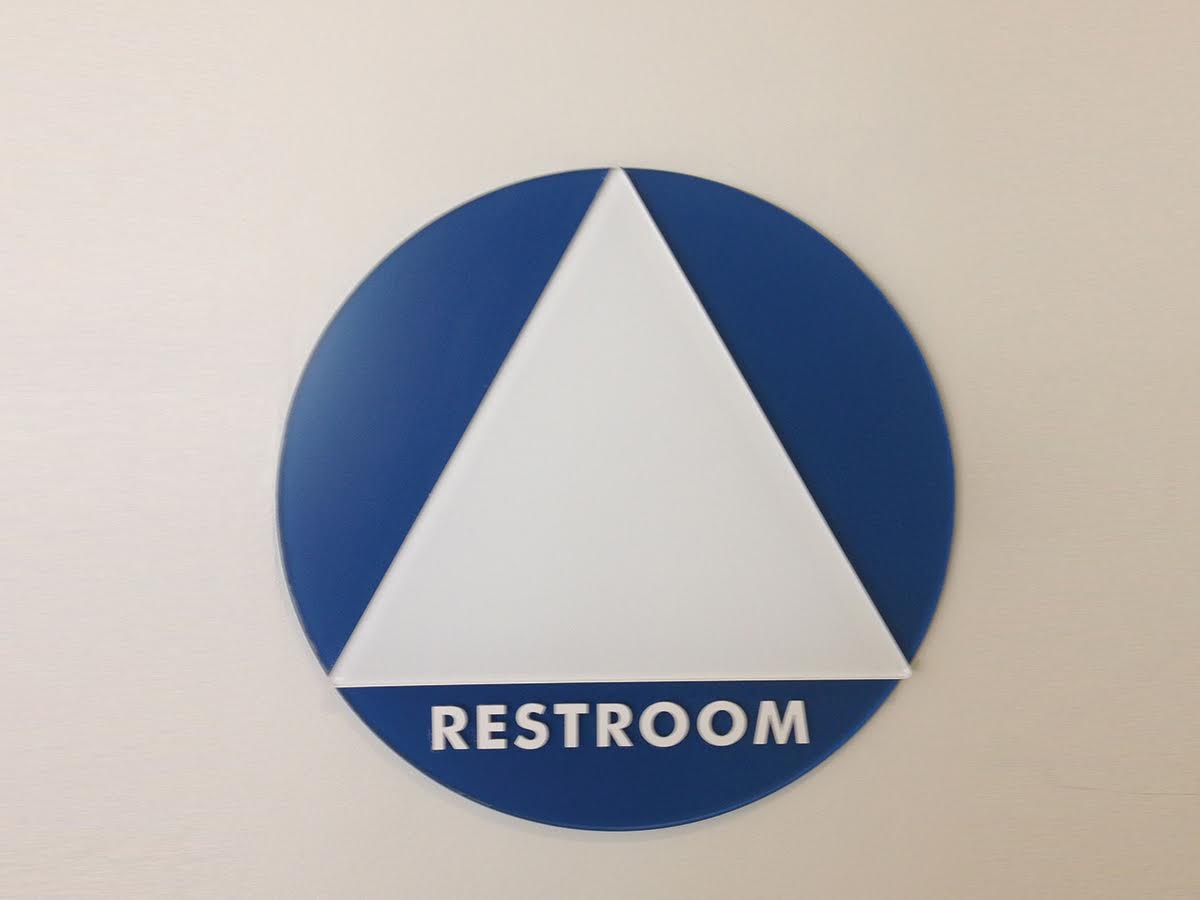 Governor Jerry Brown recently enacted a bill that will require all single-occupant bathrooms in California to have gender-neutral signage on their door. This bill has already been hailed as a victory by groups supporting transgender rights; however, in reality, this legislation achieves very little for the transgender community, and only does so by the use of state force against businesses and other private enterprises.

On the surface, this bill asks very little. Financially speaking, the only assumed cost for business owners is whatever the expense of a pair of new signs for their private bathrooms, that just read “restroom” (or something similar) without a little stick-figure person on it marking the gender for whom that bathroom is intended. Compared to getting a liquor license or keeping one’s building up to code, this is a very small fiscal demand for the government to make of businesses.

Furthermore, even if Brown is supporting an obviously pro-transgender policy with this new bill, there are other justifications for having bathrooms without genders specified. First, the simple fact is that anyone can use these restrooms, period. Second, these types of bathrooms can be especially helpful for parents with small children or elderly adults. And, when new ones are constructed, these bathrooms may as well be built wide enough to fit people’s wheelchairs and therefore help the physically handicapped.

…the truth sinks in: In many public places, where adding a single-stall bathroom is generally useless due to the large number of visitors, there is little to no accommodation for the transgender community, which this bill is intended to serve.

All that said, this bill is a very marginal and essentially meaningless victory for transgender people. Yes, it marks a notable concession by a state government to this particular group, but the effect will ultimately be negligible in terms of numbers, because — and this should be highly noted — this bill applies to single-stall bathrooms only. This means that while a little change in signage will cover, say, your everyday ma and pop shop (that is, the ones that actually have bathrooms), there are many more bathrooms that will be unaffected, because they have multiple stalls. Look just at UCR. How many of the HUB bathrooms are going to end up changing? How about the UNLH, or any other high-traffic building? Then expand that count to the whole campus, then to the whole state, and the truth sinks in: In many public places, where adding a single-stall bathroom is generally useless due to the large number of visitors, there is little to no accommodation for the transgender community, which this bill is intended to serve.

In addition, the state’s new law forces a specific ideology on businesses, ignoring the beliefs of their owners. Since this bill is inherently focused on transgender people, passing it defines the state’s stance on the issue of transgender bathrooms, and this stance is very supportive. California already protects people from discrimination based on gender identity, and indeed, the state should not allow businesses to kick out transgender customers. However, there is a difference between non-discrimination against and active acceptance of a group, and this bill, in effect, requires private individuals or groups to do the latter. The state is essentially saying, never mind the fact that there are Christians whose beliefs clash with pro-transgender policy; make them comply anyway.

The main problem behind this bill, though, is the thought that the transgender community should see its passing as a victory. Realistically, however, there are far greater issues — unequal pay, unequal hiring, disproportional homelessness — facing this group than just the access to bathrooms and, as discussed before, this problem is one that California has only barely solved. In all frankness, the thought of accommodating transgender people in bathrooms should be a non-issue, because an urgent biological need like urination should trump the complex psychological aspects of one’s politics or gender identity.

Victory over broad anti-transgender actions by society at large would be grounds for celebration by the transgender community. What they call a “victory” today is so banal as to be ridiculous.