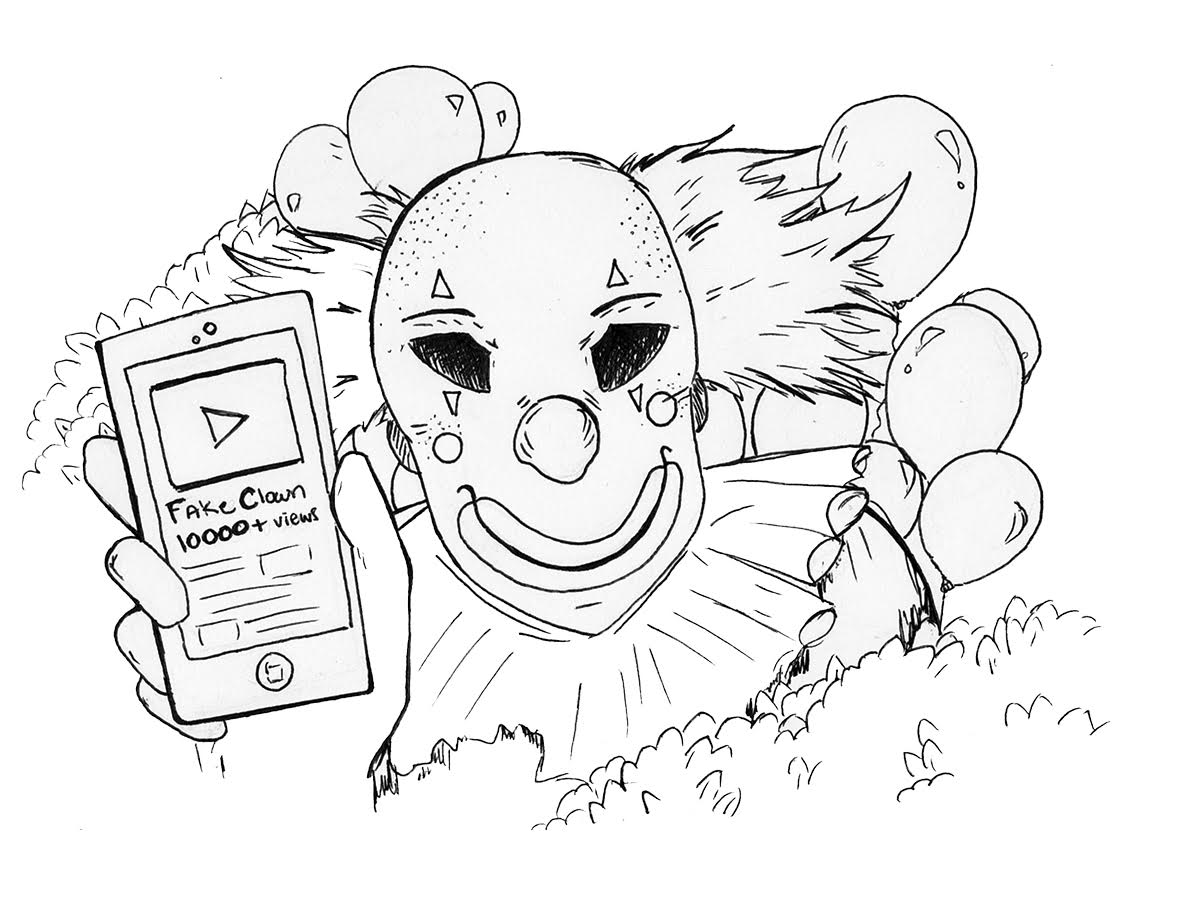 We live in an interesting age, one where the weirdest fads can go viral, for better or worse. The latest of these real-life memes is the clown craze that began a few months ago and is ongoing at present. These “clown sightings” have spawned much hysteria and fear, but they are ultimately a non-issue, not worth the vast media attention they have received; indeed, it verges on ridiculous that this editorial board saw a need to discuss these events as a serious topic.

Let it be said in big, bold letters: These clowns are not a threat to the public safety. In nearly every case where clowns have been “spotted,” it has amounted to a prank, or even just a rumor. Even the great Penn State clown hunt two weeks ago was conducted based on a hoax, with no one being hurt (clowns or otherwise), and no clowns being found.

There have been a few cases recorded in the last couple months of clowns being involved in crimes, from robberies to stabbings. However, it is nonsense to describe these incidents as “clown attacks” or anything else that implies that clowns (as opposed to people dressed as clowns, there being a difference between the two) are responsible for these crimes. One has to consider that the point behind disguising oneself as a clown for committing a crime is to hide one’s true identity. Why the choice of a clown costume for many criminals then? Perhaps they want to emulate the Joker. More likely, though, is that, with so many people adopting this type of costume, criminals see the chance to blend in among a crowd of similarly dressed people, when normally, they would be quite distinct.

If they disturb people, it is simply because clowns are universally hated, if not actively feared.

These clown sightings and the resulting negative reactions by various schools and police departments — for example, one New Jersey police department has issued official warnings against wearing clown costumes — provide an interesting case of choosing public safety over freedom of expression. Despite the scares that have been caused by the appearances of clowns, there is no reason to use these incidents to attack people’s First Amendment rights. The vast majority of the clowns seen in recent days have been innocent of any crime; if they disturb people, it is simply because clowns are universally hated, if not actively feared. As long as they make no overt effort to harass children (the group most likely to fear clowns), or anyone else, then the Constitution protects anyone’s right to dress up as a clown. After all, Halloween is coming up, making this a very bad time to malign a particular choice of costume on any large scale.

Although there is a need for UCR to respect various forms of expression, there are limits on how much clown activity should be allowed on campus. At the very least, any clowns’ presence is going to be a distraction; we certainly do not need a Penn State clown hunt on this campus. Thus, it may be for the best that UCR or the UCPD discourage the wearing of clown costumes on school premises. Furthermore, with many students’ mental health and safety potentially on the line, the UCPD should keep tabs on any and all sightings of clowns on or near UCR to ensure that no one is acting suspiciously. Especially at night, anyone walking out to the parking lots or to housing is going to appreciate not having to fear a weirdo in a clown outfit being near them.

Perhaps Stephen King, author of the clown horror novel “It,” says it best: “Hey, guys, time to cool the clown hysteria.” This editorial board indeed hopes this fad will pass after Halloween is gone, so it can move on to more serious issues.