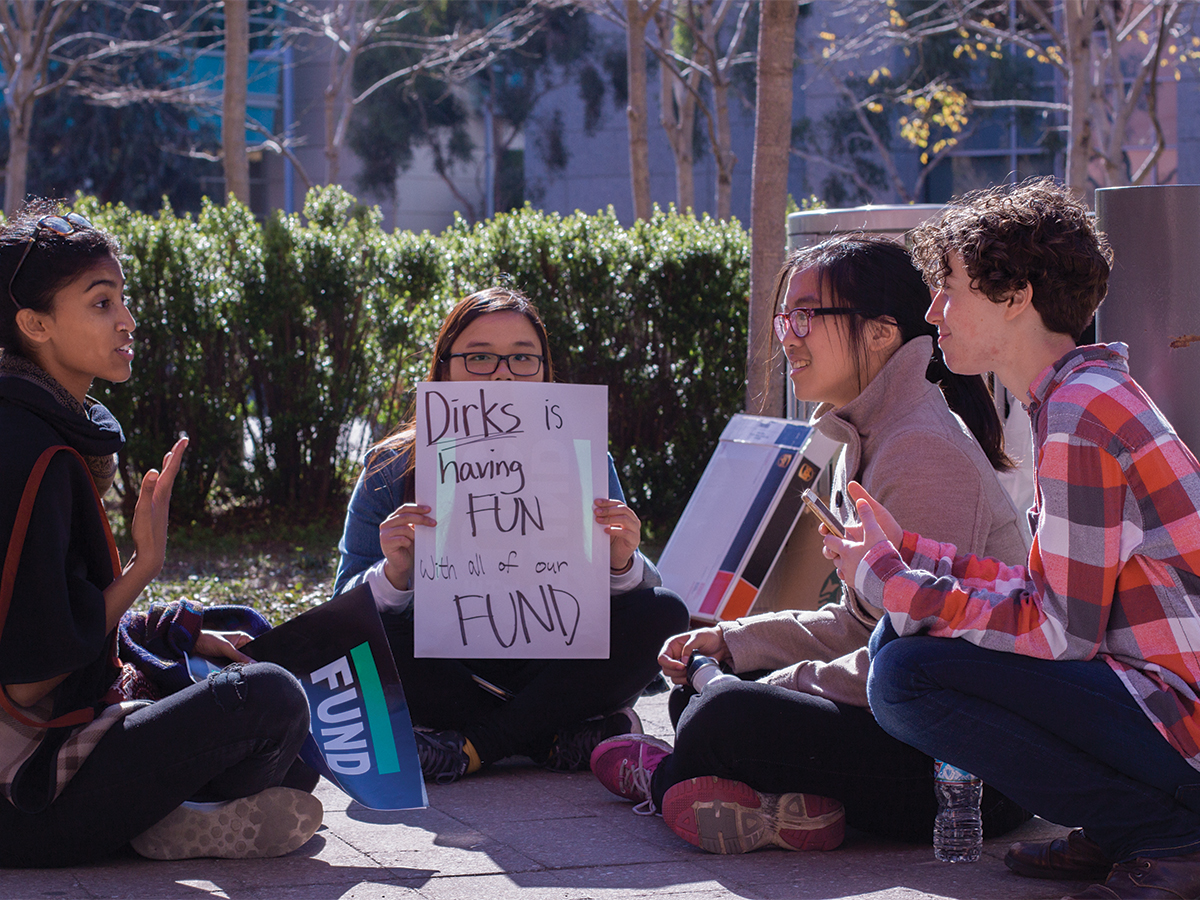 Following the end of a budget agreement between California Gov. Jerry Brown and UC President Janet Napolitano that began in May of 2015 and ended in 2016, the UC Regents will vote on a potential tuition increase of 2.5 percent annually at their upcoming meetings on Wednesday, Jan. 25 and Thursday, Jan. 26 at the UC San Francisco campus. Students from the UC are planning protests in order to voice their concerns over the hikes and the forthcoming vote on an increase in student services fees.

On Nov. 17, 2016, at the UC Regents meeting at UCSF, discussions about the potential tuition hikes began in light of the stated need for more money to compensate for the declining amount of state funds allotted to the university system. According to the LA Times, “the state’s share of paying for each (student) dropped from 72% in 2000 to 41% last year.” In recent years, a large portion of tuition costs have been utilized to pay for faculty salaries and facilities to accommodate for increasing student bodies.

Following the commitment to enroll 5,000 more students for the 2016-17 school year in the UC, concerns have been raised over whether there is enough space or funds to house and educate incoming students, despite the $25 million in funds given by the state.

Students concerned with the impending vote are planning a protest for the January meeting at UC San Francisco. ASUCR Vice President of External Affairs Oscar Loera Gonzalez stated, “The pressure students gave the regents in the November meeting really changed the tone in the tuition (conversation) and i’m (sic) hoping to apply the same pressure by bringing some UCR students to the meeting.” Many of the students’ concerns stem from the high cost of living and attending college, as well as feeling left out of the discussion on affordable education and providing for students’ needs.

In response to the opposition from UC students, the UC is considering changing the four-year model used by both the Cal States and UC into one that has “a three-year degree path, reductions in course requirements and more online learning.”

If the regents vote in favor of the increase, tuition would be raised by $280 annually and could possibly be raised by 5 percent for out-of-state students depending on the result of the vote. This is a separate measure and does not include the vote on whether to increase the annual cost of student services fees by $54 to fund more campus mental health services.

UC spokeswoman Dianne Klein claims that the tuition increase will be covered by financial aid for nearly two-thirds of students, but students, such as UC Berkeley second year Erin Wiens, maintain that is not enough. “I am paying for school with solely loans,” said Wiens.  “I don’t want my tuition to be raised, even if it is only $280.”