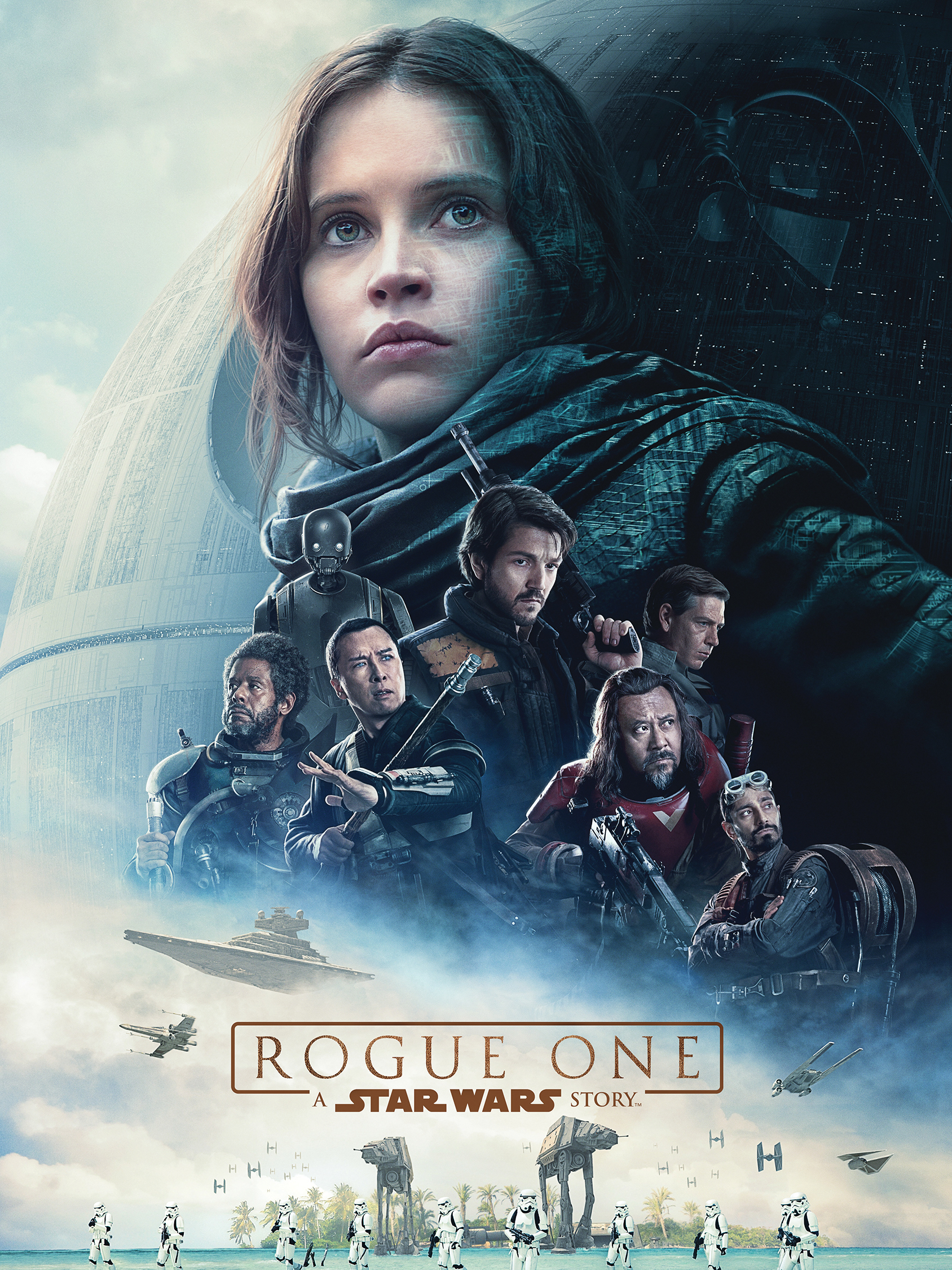 In 1977, George Lucas revolutionized pop culture with the release of “Star Wars,” a sci-fi epic unlike anything before it. It had charismatic characters and a simple enough plot that left plenty of room for both interpretation and expansion. Within 40 years, “Star Wars” has evolved into a multimedia franchise spanning countless films, novels, video games and miscellaneous products adored by fans globally, with the most recent release seeking to bridge the gap between the original film trilogy and the prequel trilogy.

“Rogue One” is a sci-fi action film directed by Gareth Edwards and starring Felicity Jones about a group of rebel soldiers attempting to steal blueprints of the Death Star — a moon-sized space station able to destroy entire planets — in order to find its weakness and destroy it. It is the first of many theatrical Star Wars spinoff films under Disney to expand the universe after it was announced that the Legends (FKA Expanded Universe) series is to be considered non-canonical.

For a franchise centered with the word “wars” in it, “Rogue One” seems to be the only film that actually feels like actual war is taking place. There is a degree of grittiness and even melancholy in “Rogue One” that one can immediately appreciate and, in that regard, it does a great job of differentiating itself from other films in the series. Unfortunately, the other things that differentiate “Rogue One” from its predecessors are not so great — the most disappointing of which involves the lack of interesting characters.

Felicity Jones’ performance as Jyn Erso was fine — she is a talented actress who works well when given good material to work with. But she had nothing to work with here — her character was poorly developed with little more than a cliche, long-lost father subplot to flesh her out. I wish I could compliment Diego Luna’s performance as Cassian Andor, but like Jones, there simply was not enough to judge. To be fair, Luna had one great scene involving his character proclaiming the difficulty in being a Rebel soldier, fleshing out his moral strife in being a member of the Rebel Alliance. But this was one great scene in a sea of largely forgettable set pieces.

The supporting characters were more interesting, but squandered by the fact that their most interesting scenes were interrupted by boring blockbuster action set pieces or boring exposition scenes informing the audience of the supposed weight of the situation. Oddly enough, the characters I found the most compelling were that of Chirrut Emwe (Donnie Yen) and Baze Malbus (Jiang Wen). The two supporting characters have chemistry not unlike that of Han Solo and Chewbacca, making almost every interaction involving them enjoyable considering they serve only minor roles. The cynic in me understands that they were probably cast to appeal to Chinese audiences considering how “The Force Awakens” underperformed in China, but their inclusion packed charm that the main cast lacked. The reprogrammed security droid K-2SO delivered some humorous lines with echoes of C-3PO, albeit less prissy and more brutish, but unlike his bronze counterpart his comic relief was slightly one note. Comparisons have been made to Drax from “Guardians of the Galaxy” and, frankly, I can see why.

As far as characters go, “Rogue One” felt like a mixed bag. Had I turned my brain off and simply enjoyed the action and comedy, I might have really enjoyed it. Loved it, even. But as a “Star Wars” film and, more importantly, as a film in general, “Rogue One” felt lacking in critical ways that I could not ignore. Its existence as a quality film is contingent on the pre-existing franchise and its cheap fan service only proves that point. Had “Rogue One” been simply a sci-fi film with all “Star Wars” material cut and replaced with anything else, it would not have been the great film many perceive it to be. It lacks the passion and fun that made “Star Wars” and “Empire” the classics they are today, instead choosing to please die-hard fans of the series who would easily ignore the flaws in both its script and direction. If nothing else, “Rogue One” illustrates the potential of a grittier “Star Wars” and a reminder that above all, “Star Wars” is nothing without its superb characters.