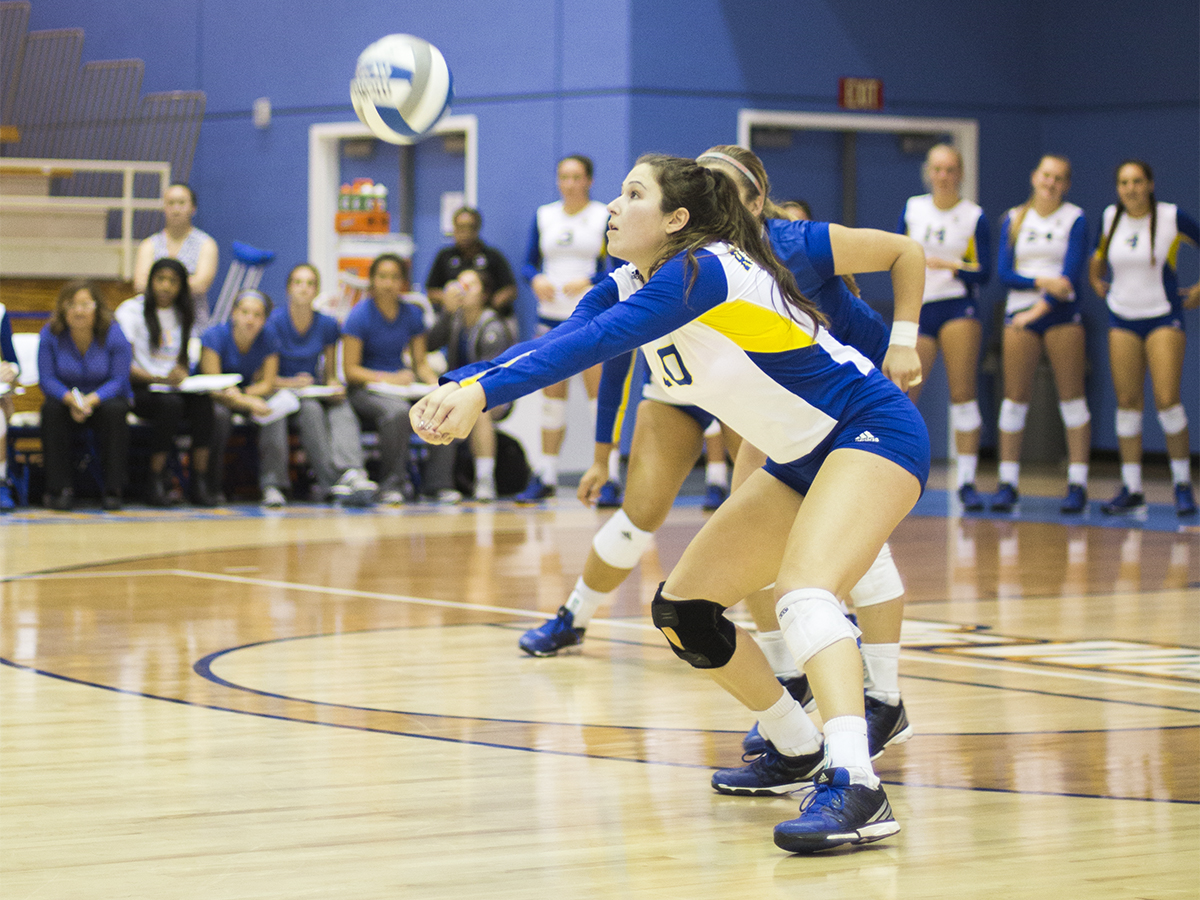 The Highlanders’ women’s volleyball team took on Cal State Fullerton in the SRC arena on Friday, Nov 4. The last time these two teams met up in the SRC, the Highlanders swept them in three straight sets and they were looking to do the same here.

The first set was evenly matched through the first half as they were tied at 12 apiece. The Highlanders were able to take lead on the next point and never looked back, winning the set 25-18.

The second set was not close for very long. The two teams were even at five, which was as competitive as it would get for Fullerton, as UC Riverside went on a 6-1 run to go up 11-6. From there it was easy sailing for the Highlanders as they went on to win the set decisively at 25-14.

The third set ended up being the most exciting to watch. Fullerton came out strong for the third set and took a 10-6 lead. The Highlanders called timeout and came back out with a new energy that won them the game. After the timeout, Riverside rattled off 10 straight points to make the score 16-10. This was a dominant showing by the Highlanders as they did not lose a point, much to the frustration of Fullerton. With each point Riverside scored, Fullerton’s team grew visibly disheartened. Despite this, Fullerton was able to continue fighting to keep the game close after the run. However, they ultimately ended up losing the set 25-18, resulting in a three set sweep. This is the second time that Riverside has swept the Titans at the SRC stadium.

The Highlanders were able to take this victory rather easily, winning every set. The Highlanders’ dominant team effort showed in the stat sheet, as they won just about every statistical category, including kills, hitting percentage and points, just to name a few.

Leaders for this team were sophomore setter Chelsea Doyle, freshman outside hitter Mickayla Sherman and senior libero Maddie Hubbell. Doyle, as per usual, led her team in assists with 33. This has become the norm for Doyle, as she routinely ends up with the most assists. Sherman was able to get a kills-digs double double. She got 12 of each and was always a constant threat to get a kill every time she got set up by her teammates. Hubbell’s leadership comes in a different style, as she is the leader of this team and stabilizes the defense. Hubbell also added 12 digs to her already all-time leading amount in UCR history.

The Highlanders will be back in action on Tuesday, Nov. 8 against the Aggies of UC Davis. That match will also be at 7 p.m. in the SRC arena. The Highlanders will look to continue demonstrating this kind of effort on a nightly basis and get the results that come with it.