Sometimes our job as journalists is challenging and laborious. Other times, it involves looking at memes for a couple hours. What you’ll find below is entirely a result of the latter. We discussed, we debated and we fought, but emerged with this comprehensive and thoughtful list of 10 memes that deserve their place in history among the best (or dankest) of all time. To determine the order, we graded each meme based on comedic value, its ability to stand the test of time and its versatility, among other factors. Thus behold, after hours of strenuous deliberation, the Highlander’s inaugural “Ops Top 10” ranking: The top 10 memes of all-time. 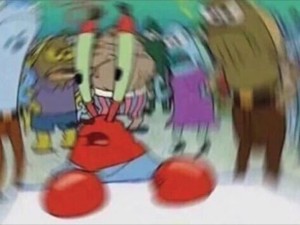 Confused Mr. Krabs: As university students who frequently worry about keeping up with grades, maintaining a source of income and avoiding the lonely ditch of social reclusion, it’s no wonder why the highly disoriented Mr. Krabs meme is so widely relatable. Not only is Mr. Krabs self-conscious in the midst of judgment from accusatory bystanders, but he is also framed by a psychedelic ripple representing confusion and panic. His overwhelming aura of disarray reminds us of how we feel in almost hourly situations that sometimes leave us feeling as disoriented as Spongebob when he forgot how to make Krabby patties (“No … pickles!”). -Jasmine Yamanaka, Features Editor 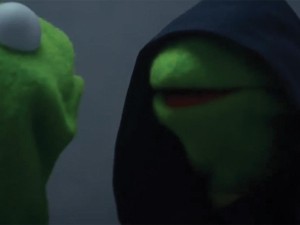 Evil Kermit: I probably shouldn’t care so much about a meme. No, you need to start caring more. Especially when there are very serious and more important problems occurring around the country. Who watches the news anyways? Especially when it comes to the Evil Kermit meme, that one has, like, little if any value on the meme scale. It’s literally the perfect balance of relatability and hilariousness gtfo. There are really so many better memes. Are we sure any other memes really exist? But I can say I do get a good chuckle out of this one. This shit leaves me fucking deceased. So overall, solid six out of 10. Eleven, bruh. -Myles Andrews-Duve, Editor-in-Chief 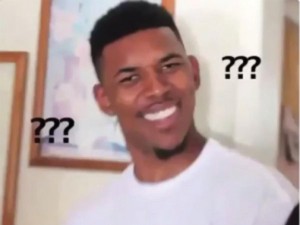 Nick Young: While the average person may not know what it’s like to play in the NBA like Nick Young, they do know what it’s like to be so utterly confused by something stupid. I think everyone has made that confused face when you hear or read something that is painfully ignorant or your parents say anything along the lines of, “Oh, your head hurts because you’re on that phone too much.” As long as there are stupid people, and stupid situations, this meme will always be there to perfectly capture your facial expression. -Jon Hammond, Sports Editor 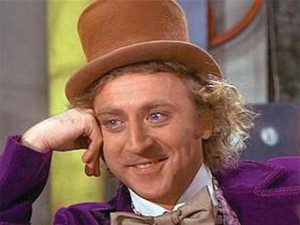 Willy Wonka: The Willy Wonka meme is the epitome of sarcasm. You can tack on any phrase to this picture of the esteemed Gene Wilder and make it applicable to life. Though I’m not entirely sure how much critical analysis I can give since I’m about as versed on memes as a 17th century Russian serf is on astrophysics, I can say that this meme has always been very hilarious when I’ve received it or seen it online. Willy Wonka has no doubt provided me with a situational sarcasm that fits just about any aspect of life. -Evan Ismail, Assistant News Editor 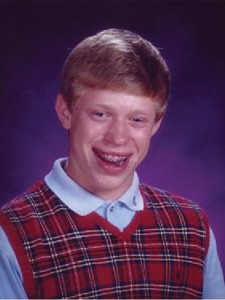 Bad Luck Brian: Bad Luck Brian’s popularity as a meme is a bit puzzling. It’s just a photograph of a guy with a goofy face, with insanely unfortunate situations printed on it. However, perhaps it’s the bad Supercuts hairstyle, braces, unfortunate plaid sweater vest and baby blue polo combination that invites misfortune for this boy. Bad Luck Brian looks tragic, and therefore invites tragedy. And as the horrible, sadistic people that we are, we find this hilarious. Or maybe, Bad Luck Brian reminds us that even though we might have bad luck sometimes, we’ll never have it as bad as Brian. -Betteena Marco, Assistant Opinions Editor 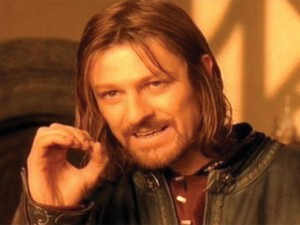 Boromir: Memes are good when they come from some random image on the internet, but they’re better when they come from a movie — that way they have an additional context that strengthens their humor factor. Boromir (aka “One does not simply walk into Mordor”) is one of the best memes to come out of a movie. You get to add the background of the most unfortunate Lord of the Rings character (and a Sean Bean character to boot) to a pretty solid set of jokes that come with a versatile meme, making this meme highly valuable and instantly recognizable. -Quinn Minten, Opinions Editor 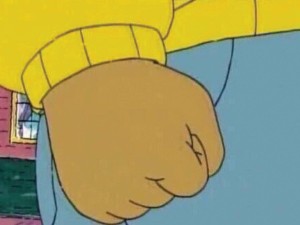 Arthur Fist: With its rise in early August, the Arthur’s fist meme has become a classic in terms of versatility and relevance. This simple reaction cliche from a children’s show has been used to show a feeling of frustration that just cannot be expressed in any other form. In fact, Arthur’s fists are commonly photo-manipulated to make the meme even spicier. This process has allowed for the ridiculing of topics ranging from daily struggles to girlfriend indecisiveness to even topics like Trump’s small hands. Without a doubt, the flexibility and relevance of this meme holds its spot in the top 10. -Jimmy Lai, Photo Editor 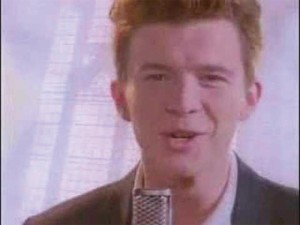 Rickroll: Ah, the Rickroll. A classic troll. What makes this meme so great is that, unlike other ways of messing with people online, this one is, shall we say, tasteful. Rather than misdirect someone to something obscene or disgusting, you get this — an excellent song (at least, I’ve always thought so) that is really quite positive. It’s safe for work, and doesn’t leave a bad taste in your mouth. Basically, you can get away with trolling via this meme without any real repercussions, unless a good laugh for the victim and the perpetrator counts as a repercussion. Plus it’s really catchy and instantly recognizable. If you go on the internet and don’t know what Rickrolling is, then you are sadly deprived. -Quinn Minten, Opinions Editor 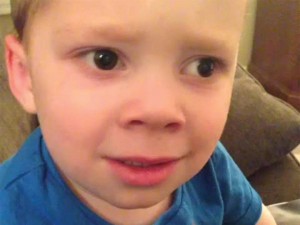 Gavin: Gavin is undeniably the face of our generation. The facial expressions he makes are the faces we all wish we could make everytime someone says something that makes no sense at all or is just completely dumb. Cough, cough, Donald Trump. He provides a way for people to express themselves and to cause some laughs. From his trademark confused look, to his annoyed face, Gavin is a versatile meme that can be used in just about any situation. He is also just straight up adorable. -Cydney Contreras, Assistant News Editor 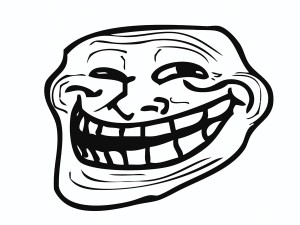 Trollface: Last but not least, Trollface. In fact, this might be the meme that started it all. Originally this mischievous, smug face was created in 2008 as a representation of the large body of internet “trolls” that lurk in online forums. However, ever since its conception it has been applied to various situations, topics and current events. It has evolved from more than just a simple meme — it has defined our online generation. It is easy to find this face both amusing yet irritating at the same time. Evidently timeless and versatile, this little troll deserves a spot on this countdown. -Betteena Marco, Assistant Opinions Editor

Listen or leave: The proposed tuition hikes are just another example of how the UC regents refuse to listen to their students

First on the scene: TMZ and other tabloids aren’t to blame for publishing insensitive celebrity news