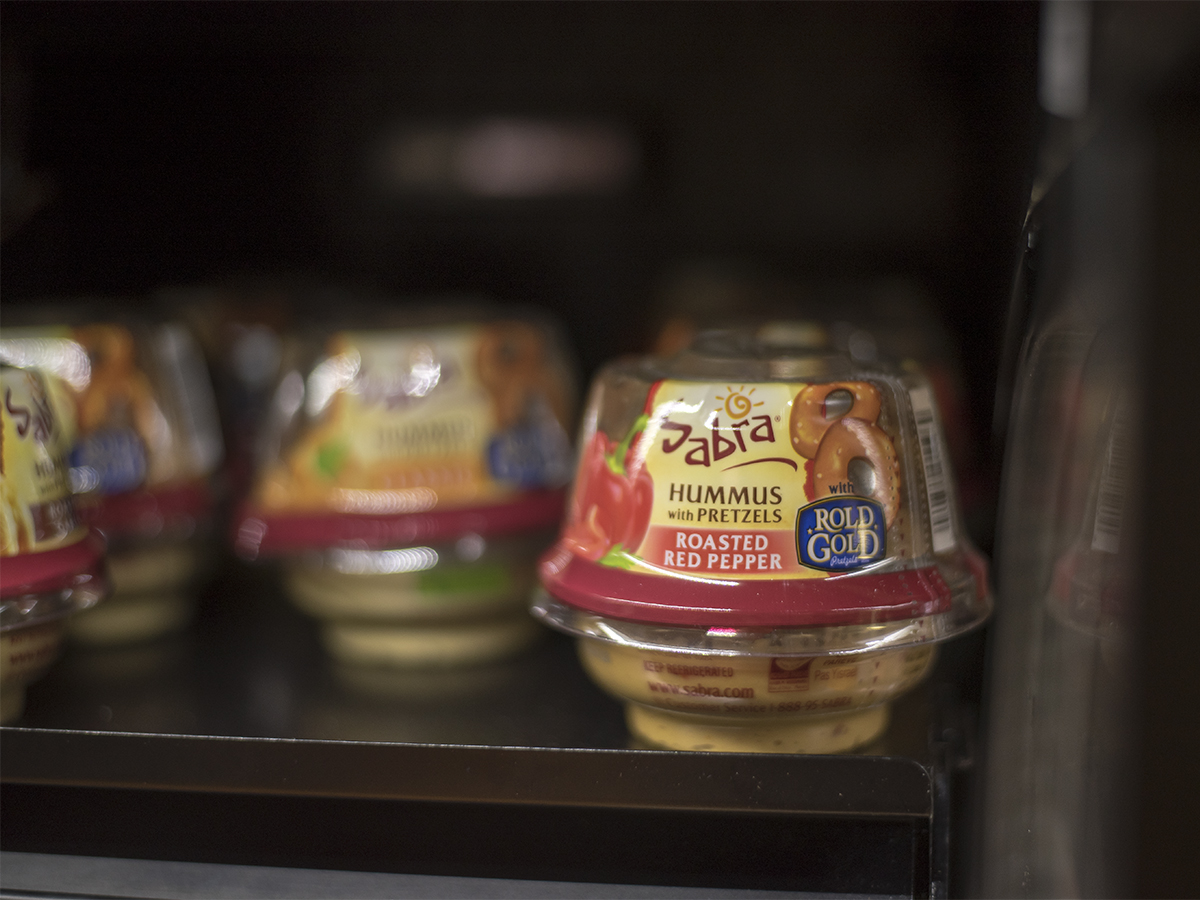 During the Wednesday, Feb. 1 ASUCR senate meeting, the senate voted near-unanimously, 13-0-1, in favor of resolution W17-007, which calls for a ban of Sabra hummus from all campus dining services. Sabra has recently drawn scrutiny due to the company’s joint owner, the Strauss Group, reportedly holding financially supportive ties to Israeli military forces. Students in support of the resolution — mostly from the anti-Zionist activism organization Students for Justice in Palestine (SJP) — were troubled by campus funds going toward Israeli settlements.

However, as of now, UC Riverside administration does not plan to comply with the demand to remove Sabra. Per a statement provided by Assistant Vice Chancellor and Campus Spokesman James E. Grant on Thursday afternoon, UCR leadership acknowledges they are “aware” of the passing of the resolution but assert “the University has no plans to change brands offered for sale or consumption in its stores and dining facilities.”

The campus points to the UCR Principles of Community, according to which, the three objectives to create “an environment in which each person has the opportunity to grow and develop” are the following:

In response to the campus’ opposition to taking Sabra off their shelves, ASUCR’s Vice President of External Affairs Oscar Loera Gonzalez, who sponsored the resolution, found it “unfortunate that the UCR administration has decided to turn its back on it’s students once more (…) it is clear that the UCR student representatives want Sabra hummus off the shelves.”

Gonzalez believes that “by not listening to our demands,” UCR administration is displaying what he finds to be “their large disconnect with the student body.”

“The UCR administration has been failing our community, our faculty, and our students for a very long time,” Gonzalez furthered.

Second-year public policy major and ASUCR National Affairs Director Julia Schemmer, who was one of a few to vocally oppose the resolution during the debate held at the ASUCR state of association meeting last Wednesday, Jan. 25, says she is “thrilled to see the UCR administration’s support for the livelihood and wellbeing of both current and future Jewish Highlanders.”

“I hope ASUCR takes this seriously, and continues to work on issues that they have autonomy over, such as parking, food and housing security and mental health,” says Schemmer.

When asked about the administration’s plans regarding the bill moving forward, Grant said he expects “student affairs will work with all parties involved.”

In recent months, Palestinian students at DePaul and Princeton University made notable efforts against Sabra hummus, however, both efforts failed to remove the product from campus shelves. At DePaul, officials initially acknowledged the demands before a reversal after three days.

In May of 2015, UCR officials briefly complied with similar anti-Sabra requests from pro-Palestinian student organizations on campus, removing the brand from shelves for only a few weeks. At the time, university officials acknowledged their decision to discontinue the brand as a “mistake” that catered to political partisanship.

Still, the current contingent at UCR will continue to advocate for its removal.

“My office will not stop fighting to keep Sabra hummus off the shelves,” stated Gonzalez. “I will be working with SJP to ensure this happens.”