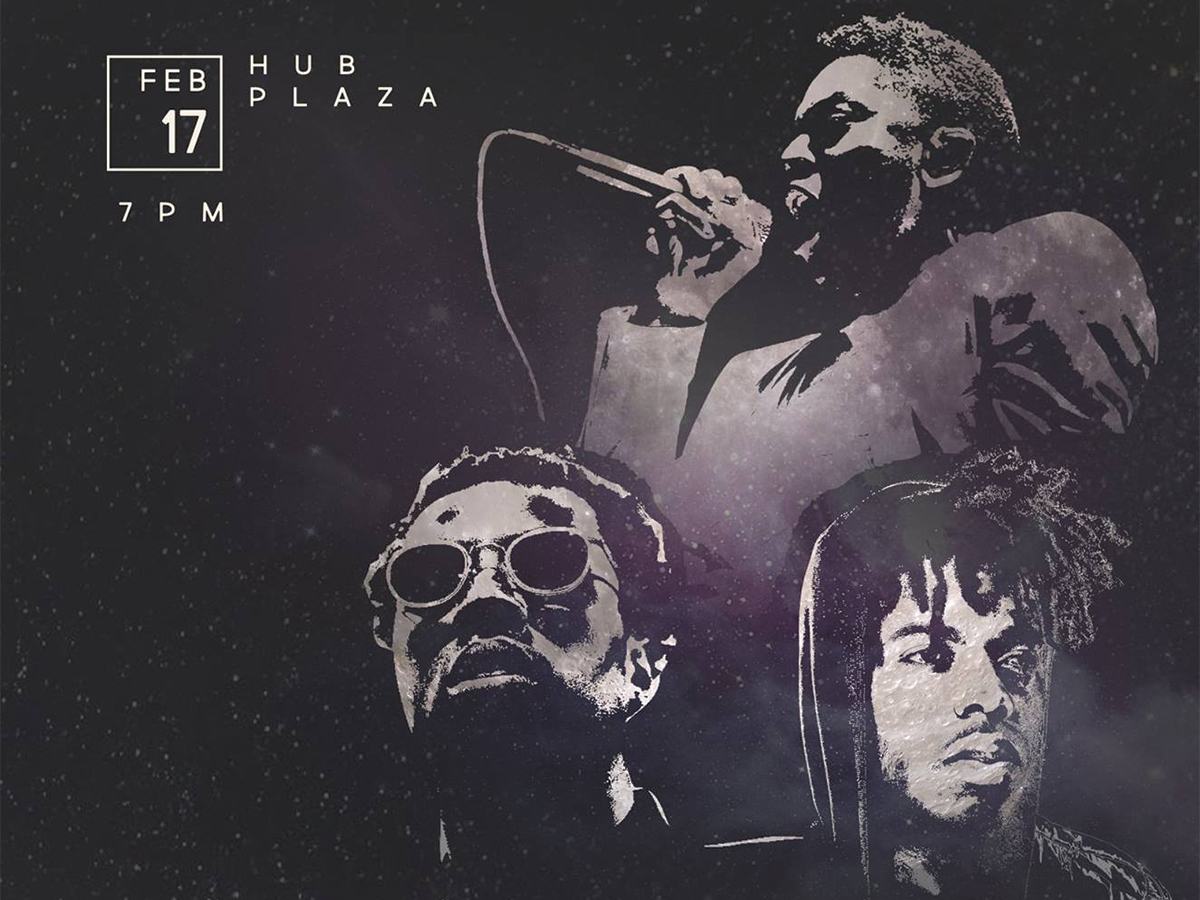 In between the constant controversy surrounding HEAT and landing in the middle of winter quarter, ASPB’s Winter SOULstice always flies a little under the radar. This is not to say that this annual event is underrated by the students, just that it does not garner the raging profile of the other concerts available to the student body — something which feels appropriate given the nocturnal vibe this event always creates. A curation of R&B musicians who are all in the beginning stages of their careers, this year’s SOULstice promises to stay true to the spirit of the event.

The lineup, while not necessarily the most high profile, is arguably the most talented group of musicians that SOULstice has curated in recent years. With Roy Wood$’s nocturnal sound to Gallant’s miraculous vocals and Elhae’s trap inflected R&B, SOULstice promises to be the kind of event perfect for the rainy sleety winter that has graced Southern California this year.

Born in North Dakota, but primarily working out of Atlanta, Elhae is an aspiring rapper and R&B vocalist, whose style combines the nocturnal vibes of Bryson Tiller with a stronger flow and trappier instrumentals. Where Tiller’s sound is based off synth melodies, Elhae brings more lush instrumentation mixed with layered samples. The sped up snare and kick drums at times include horn and and brass instrumentals which gives a lighter tone to the music. His most popular track, “Doesn’t Matter,” off his debut album, “All Have Fallen,” features Kehlani. This track, while a bit derivative of Bryson Tiller, still combines his rapping with Kehlani’s powerful vocals creating a moody R&B cut.

Canadian vocalist Roy Wood$ has been garnering some steam now, since the debut of his first EP, “Exis” was released under Drake’s label OVO. His debut album, “Waking at Dawn” charted on top of the Billboard top 200 in 2016. Between singing and rapping, Wood$ style is similar to that of Drake, but retains a nocturnal atmosphere closer to The Weeknd. Wood$ is definitely the most high profile musician who will be performing at SOULstice. His latest project was an EP titled, “Nocturnal,” and featured moody, synth beats with his combination of R&B vocals and melodic rapping. Combining trap-influenced 808 drums with darker noir-influenced piano and string melodies, Wood$ music is quite catchy.

Gallant is, for all intents and purposes, still relatively unknown. While he may not necessarily be a household name, Gallant boasts an impressively loyal fan base — and for good reason. His vocals are absolutely stunning, and his music showcases this talent with lush R&B instrumentals behind it. He recently released his first full-length LP, “Ology” which was a powerful invocation of traditional a R&B ballads. The lead single for the project, “Weight in Gold” is arguably his most popular track. His melodic synth melodies and deeply layered sound give his vocals the perfect breathing room, creating a stunning soulful track. Combining this sound with poetic lyrics, Gallant will surely be a highlight for Winter SOULstice. For those who are still discovering this artist, “Ology” is the perfect place to start exploring the young artist’s oeuvre.