Highlander
Home April Fools Coping with the pope-ing: Surviving a papal presidency as a non-Christian 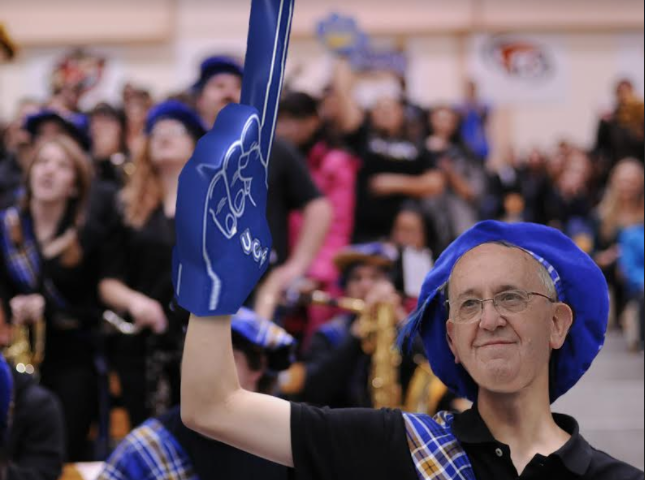 With the insanity of the body-swapping incident claiming the personas of millions, perhaps there is no swap more significant than that between the sovereign of Vatican City Pope Francis and President Donald Trump, effectively making the figurehead of Catholicism the leader of the United States (and vice-versa). While many of you are praising God at the miraculous luck bestowed upon them, you non-Catholic and non-Christians out there might be struggling to cope with the ordeal. After all, separation of church and state is one of the constitutional lynch pins that makes America, well, American. Despite the occasional sign bearer preaching the “sin” of practically anything they dislike, UCR has a community of diverse religious backgrounds which makes our campus relatively neutral. While this may seem threatening, here’s some advice for all you non-Christians from a fellow non-Christian on coping with the pope.

Now, this doesn’t mean I have the inside scoop that the sacred long weekend holidays like Yom Kippur and Rosh Hashanah will change. In the event that something changes and shackles of oppression are in fact chained to the students of UCR, there is a simple method to counteract such an atrocious infringement of basic constitutional rights: Continue taking those extra days off and go crazy. Have parties, buy beer, eat ice cream cake and enjoy yourself to the fullest on those days (if you aren’t actually celebrating the holidays). To protect the idea of American freedom, relax on these special holiday weekends that you may have once taken for granted while they’re still here .

Like I mentioned before, separation of church and state is a wonderful thing, and it has been especially reinforced in the education system over the past few decades. That being said, unless you want to be learning about Jesus or are forced by obscure and obsolete breadth requirements to take a class where you would be taught about Jesus, Jesus won’t haunt you like some pestering ghost. You won’t suddenly be seeing Jesus’ miracles in your biology classes or learn about the plant fossils from the Garden of Eden in geology. As long as you remain focused on yourself, your friends, your family and your schoolwork (which is what you should be focused on in the first place), you’ll be able to find Hakuna Matata in no time.

After all, who cares to talk about the Bible at a basketball game?

For those of you who still want to actively support and be involved in the school community, coming out to athletic events and sports games are some of the best ways to support the Highlanders without supporting any religion or religious agenda. After all, who cares to talk about the Bible at a basketball game? Sports are so fundamentally separate from Jesus that it’s unpleasant talking about the morals of scripture while at a game. Sports are a pure form of competition untouched by religion or politics, and it’s a great excuse to go out with friends and have a good time while screaming your lungs out. If that’s not the definition of living the American dream, I don’t know what is.

I know this isn’t direct advice, but let’s look at what Francis had done before becoming president. He has advocated for charity and LGBTQIA equality, provided to the homeless and made trips to countries such as Egypt to repair and foster a good relationship with the Muslim and other communities whose beliefs are normally at odds with the papacy. Pope Francis has been very liberal and has promoted peace and unity throughout the world. Chances are he’s not going to stone you if he sees you working on a Sunday or force any religious principles down anyone’s throat. Giving this pope a chance at the presidency can’t be all that much worse than trusting a real estate agent who believes a loan of a million dollars is small, right?