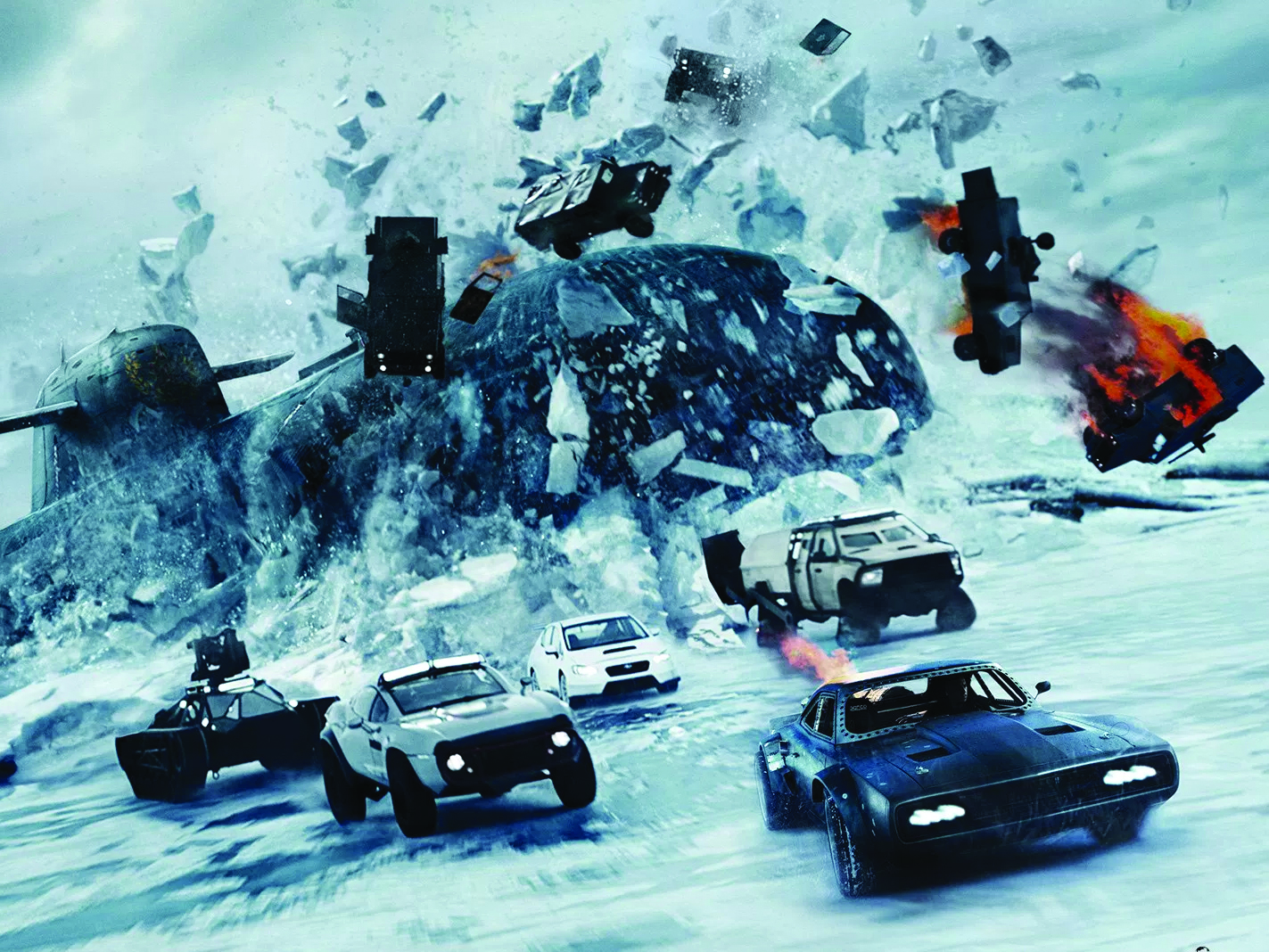 Saying that “The Fate of the Furious” is a repeat of the last three films in its franchise is not at all accurate. The title alone differentiates the film from the previous seven, focusing more on the lives of the characters and that there is more to this film than fast cars and mindless action. Vin Diesel, reprising his role as the fierce and very furious Dominic Toretto, is put to the ultimate test, betraying exactly who he’s set out to protect: His family.

Being the eighth film in the “Fast and the Furious” film franchise, many would assume that they were going to run out of gas soon. Instead of focusing on pulling off heists and taking down the antagonist(s) of the film, director F. Gary Gray was able to take a more personal approach to the film. Toretto, being found in Cuba by elite hacker Cipher (Charlize Theron), is forced to work for her for the sake of protecting a member of his family. We see Toretto’s struggle as he unwillingly follows Cipher’s directions, placed in a difficult position it’s visible that there are emotional and psychological effects taking place for Toretto is binded to this agreement with no form of escape.

Theron does an outstanding job playing the severe, cold-hearted Cipher. Her tone convinces us that this character has absolutely no sympathy, no compassion, no humanity. The cold and severe feeling that comes from hearing her voice helps to establish that she is a threat to others and a force not to be messed with. It also works when she engages in conversation with Toretto: Cipher, knowing she has the upper hand, attacks him mentally, reminding him that she has taken away any possibility of Toretto having any agency. She pushes him to the edge where he finds himself defenseless against her, for she alone controls the fate of Toretto and his family.

This film succeeds in making viewers sympathize with Toretto, as extreme close-up shots home in on his face as we see tears coming down his pitiful face — it’s hard not to feel sorry for the guy. His facial expressions and body language — his saddening, depressed expression on his face and slouching  of the back — help to sell how heartbreaking it is for him to be in that position. But the same can’t be said about his dialogue; in the more upsetting scenes of the film it is less convincing when he has to sound mournful. It’s almost as though he doesn’t truly feel that way, but he makes up for it when in the more intense scenes his frustration comes out and we hear the fury that is within him. It is in these instances where the audience can actually feel a human connection with the characters, unlike the last three that had more action than genuine human interaction between characters.

As for the action in the film, it isn’t as intense, nor does it defy the laws of physics, nor does it pull off the impossible as in the previous films. The stunts and fight sequences in the film are more realistic, allowing the audience to buy into the possibility that this can actually take place in real life. In a prison riot scene, both Hobbs (Dwayne Johnson) and Ian Shaw (Jason Statham) engage in hand-to-hand combat with prisoner guards and other inmates. The camera closes in around the characters punches, tackles, slams and stabbings to where it actually hurts to see someone else getting their ass kicked. The high level stunts that take place are ten times as convincing than in “Fast and Furious 6” and “Furious 7”. Since the film doesn’t rely mostly on CGI it’s easier to buy into the stunts. The explosions, crashes and death-defying stunts aren’t dramatically exaggerated, they actually are believable. Unlike trying to drive a sports car out of an exploding plane and miraculously coming out of the cockpit.

Aside from all of the action and dramatic moments in the film, it is softened up by the comic relief. We see how the comedy in the film will progress after the first ten minutes of the film, as we see Hobbs leading his daughter’s soccer team in a fierce and intense Samoan chant, The Haka, in front of a small group of white children wearing pink. Each time after a major scene occurs the joker of the group Roman Pearce (Tyrese Gibson) appears and just like in the other film he sets himself up to be roasted on, leaving the entire audience laughing in their seats. Thus the real question comes to mind, when will Roman ever learn?

Verdict: “Fate of the Furious” shows that all the series needed was some nitrous oxide. Rather than just being an action-packed film with car chases, gunfights and explosions, this film focuses more on the characters through Toretto’s sympathetic struggles, making it one of the most emotional and enjoyable films in the franchise.