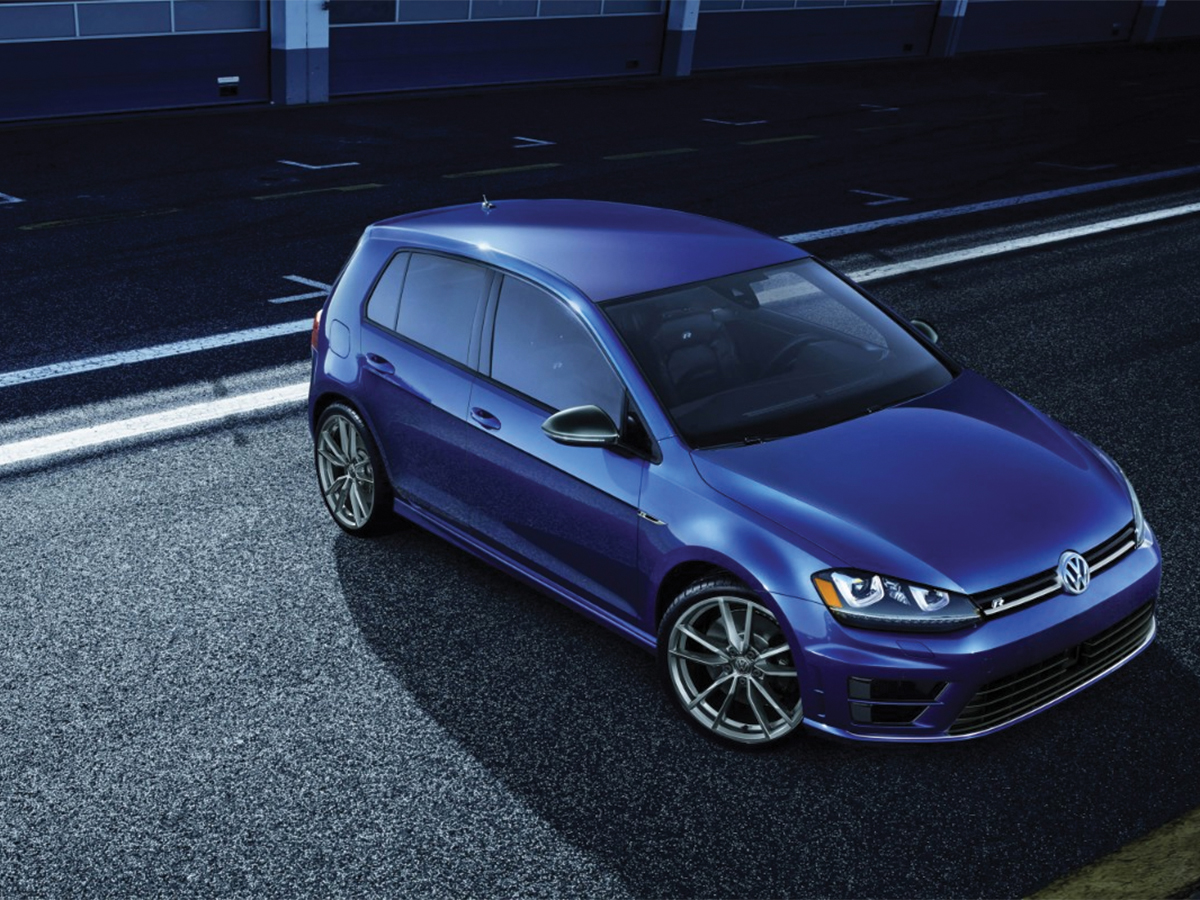 The Volkswagen Golf R is the the ultimate Volkswagen. Although it bears the Golf name, this is nothing like the practical economical hatchback that starts at $20,000 — it’s a Golf on steroids.

If you’re thinking Volkswagen already sells a sporty version of the Golf, you’re right. Volkswagen sells the GTI, a car that essentially created the hot-hatchback segment back in the 1970s. The GTI is a highly capable car, and it’s one of the best performance bargains starting at under $25,000.

So what does that extra $15,000 exactly get you in the Golf R? Under the hood, the 2.0-liter inline four engine, the same one that’s found in the GTI, puts out 292 horsepower and 280 lb-ft of torque. Not only does it have about 70 horsepower and 20 lb-ft of torque more than the GTI, but it also gets the car to 60 miles an hour in 4.5 seconds with Volkswagen’s DSG automatic, over a second quicker than the GTI. The changes don’t end there. The Golf R does away with the GTI’s front-wheel drive architecture and instead makes use of Volkswagen’s 4Motion all-wheel drive technology in addition to a recalibrated suspension.

Cosmetically, the Golf R is not a flashy-looking car for the price. The R comes with 19-inch wheels, quad exhaust pipes and an extra chin spoiler in the front. To the untrained eye, it’ll almost look no different than any other Golf. The changes on the inside are just as subtle — there’s some “R” badging throughout and some glossy black trim. The Golf R maintains the Golf’s subtle looks. There’s no big wings or harsh lines like its competitors, most of which, like the Honda Civic Type R and Subaru WRX STI, look over-styled and more boy racer.

The real story, however, is with how it drives. The GTI, as mentioned before, is a highly capable car but it feels underpowered, and being a front-wheel drive makes it suffer from both understeer and torque steer. The Golf R’s performance, however, is mind-blowing, to say the least. Off the line, the Golf R is lightning quick, and although the turbo lag is there and noticeable, it’s a pocket rocket nonetheless. Unlike its competitors, the Golf R is very tame for everyday driving. The ride is very smooth and quiet, and the exhaust note is nice when you want it to be but at low speeds you’ll hardly notice it. Around the corners, the all-wheel drive system and the retuned suspension does wonders to the Golf R. The handling is impeccable and the steering feel is nice and solid and the car stays planted at all times with minimal body roll.

Bottom Line: The Golf R proves itself to be the jack of all trades.

The Golf R has very few trade-offs from the standard version in comparison to its rivals. Cars like the Ford Focus RS and Subaru WRX STI are great driver’s cars but don’t make the best daily drivers. They’re too loud and too harsh and that’s where the Golf R steps in. It is more sophisticated, rides much smoother and arguably handles better than both of them despite being down on power. And unlike most of its competitors, the Golf R can be had with a more practical automatic transmission.

All this, packaged onto what is one of the most practical cars on the road.

The big question still lies: Is it worth it? A well-equipped Golf R is going to run you about $40,000, and while it comes with plenty of technology such as a radar cruise control, blind spot monitor and backup camera, it’s hard to justify spending $40,000 on a Volkswagen, let alone a Golf. When you think about it as a whole, however, it does make sense. The Golf R is a solid daily driver being quiet, practical and comfortable and it’s more than fun as a weekend car. It’s as quick on the track as several more high-end sports cars and with its all-wheel drive, it can handle most weather situations.

The Golf R essentially exists on the line between Volkswagen and Audi, and it’s essentially a downmarket version of the S3, which only starts at a few thousand more. Choosing between the two almost comes down to personal preference: The S3 can only be had as a sedan, while an Audi will have a more premium interior and build quality as well as more technology (all of which comes at a higher cost).

The Golf R is a product of brilliant German engineering — it’s the near perfection of the hot hatch. But despite that, $40,000 is still a steep price to pay for a Golf, considering you can get a lot more car for your money elsewhere. If you can afford it, go for it, but otherwise, the GTI is still a toned-down damn good car for plenty less.