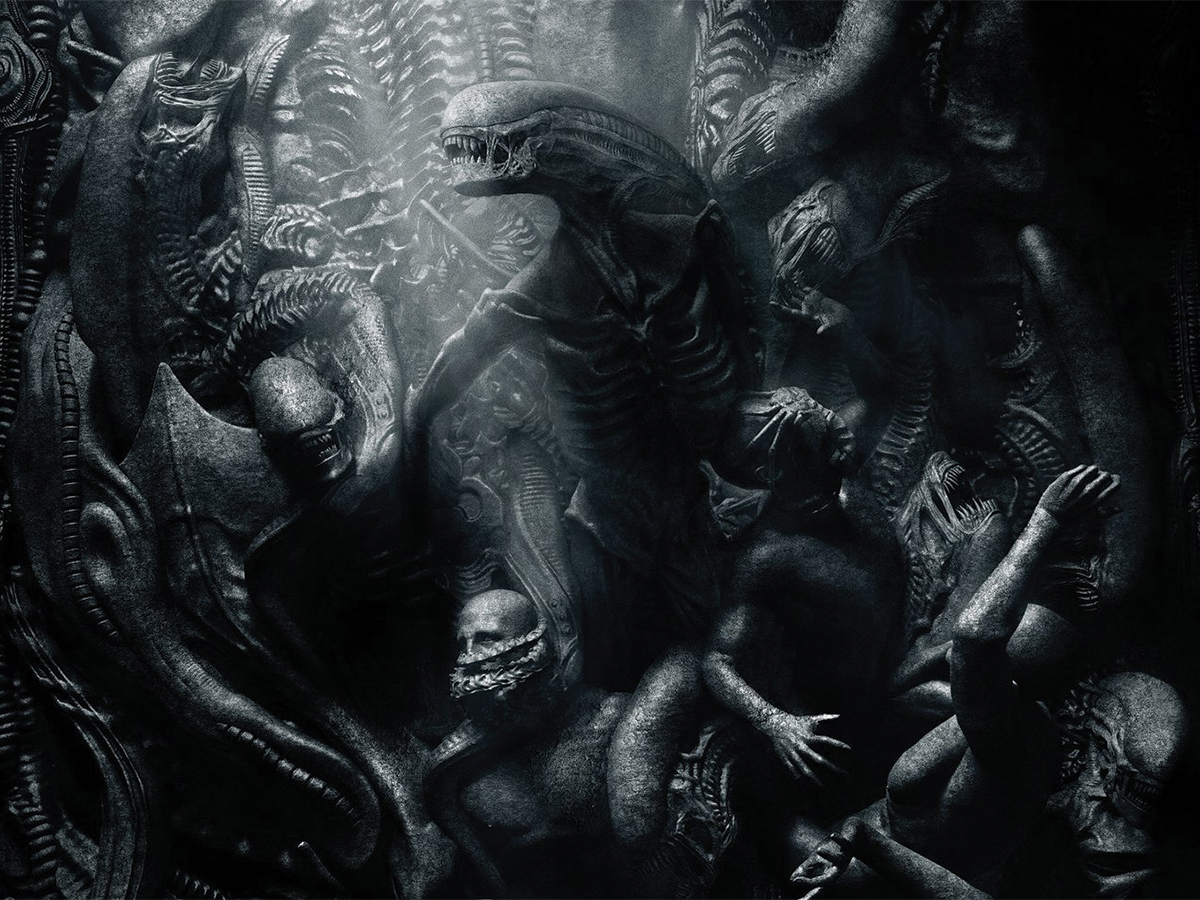 I love me a shitty movie. The classics, of course, like “The Room,” “Troll 2” and a whole slew of flicks on “Mystery Science Theater 3000,” they’re all opportunities to see just how poorly a team of people can execute the art of moviemaking, adding some perspective on what makes good movies good. Compare Ridley Scott’s 1979 sci-fi horror masterpiece, “Alien” to the Roger Corman-produced “Forbidden World”: They’re both great, but for different reasons entirely. But comparing something on those far ends of the spectrum of quality to films like “Alien: Covenant,” the specter of middle-of-the-road cinema — films that revoke little more or less than a “meh” response — tightens its grip.

“Alien: Covenant” is a direct sequel to 2012’s “Prometheus,” Scott’s attempt at revisiting the “Alien” lore via a more philosophical, rather than horrific, lens. Unjustly, “Prometheus” film received heavy criticism from fans of the series, largely due to its wayward approach to establishing the franchise’s origins and (admittedly) sloppy character writing. This time around, Scott draws nearer to closing the gap between his 1979 film and its prequel series, but does so with dull displays of trite horror cliches and a clear yearning to replicate what made the original gel so well.

After colony ship Covenant loses its captain (James Franco, in a cameo of sorts for some reason) as a result of an unforeseen shock wave encountered while en-route to a remote planet for colonization, the crew aboard are met with an offer almost too good to be true: Travel for seven more years in hypersleep and risk the same fate of the ship’s captain, or investigate the source of a human-made transmission on a remote planet rife with optimal living conditions. Because this is an “Alien” film, they take the latter route, which greets them well at first before bodies start bursting and aliens start slaying.

Technically, Katherine Waterston plays this film’s protagonist in Daniels, riding on the coattails of the strong female protagonist that “Alien” boasted — which, in all fairness, “Prometheus’” Noomi Rapace did too. But aren’t protagonists supposed to be, well, interesting? Engaging? Dynamic? Layered? As Daniels, Waterston leaves nothing to empathize with; an acceptable performance paired with elementary writing leaves her post-widow narrative an uninteresting one, a side character who was upped for parallels or commercial appeal. While “Alien” and “Aliens” had a good dozen or so characters with little more than surface level characterization — a fair criticism despite the films ultimately being about Sigourney Weaver’s Ripley — there was a palpable sense that they existed, that they were actual people with real motivations and idiosyncrasies. This film lacks that, across nearly all characters.

Supporting characters include Tennessee (Danny McBride in a non-comedic role) and Oram (Billy Crudup). To mention the rest would be pointless. They’re just food for Giger’s grotesque xenomorph and the new Giger inspired alien, the neomorph. Like Daniels, they are defined by simple roles like that of their position or rank, and relation to other crew members. Personality? Tennessee likes country music — you can tell because he’s got a cowboy hat, how fun! Oram, well, he’s a man of faith. Or something. Suffice to say that “Alien: Covenant” won’t be remembered for its characters.

“Alien: Covenant’”s saving grace is in the synthesized body of Walter (Michael Fassbender), the more-human-than-human robot which allows Fassbender to once again claim top performance in a picture. Updated, the android echoes some of the characterizing features noted in “Prometheus,” and with the philosophizing counsel of a certain character (who will remain unnamed), his humanity and desire for creation — something an android like him cannot cognize — shapes the plot’s trajectory.

While sharply directed — this is a Scott film, after all — the film suffers from manic pacing, the type that situates its xenomorph showcasing far too sparsely in to tediously plot its characters an escape off the planet. And when it does give Giger’s monstrosity a time to shine, it does so in dated CGI gimmicks that could easily be bolstered by practical effects. Looking to “Alien” and “Aliens,” per usual, their superiority is a spelled out in the effects department because at the end of the day, nothing works better than a man in a rubber suit.

Jerry Goldsmith’s iconic avant-garde compositions in “Alien” are also echoed in Jerry Kurzel’s score. Like many features in “Alien: Covenant,” the score is neat, but too safe; it’s painfully derivative and seeks nothing more than to capitalize on cheap nostalgia.

Verdict: “Alien: Covenant” is not a good film, nor is it a bad film. It’s marinated in mediocrity, offering little originality and relying on its pre-established lore for thrills, an easily forgettable exercise in interrogating the audience, “Do you remember this?”