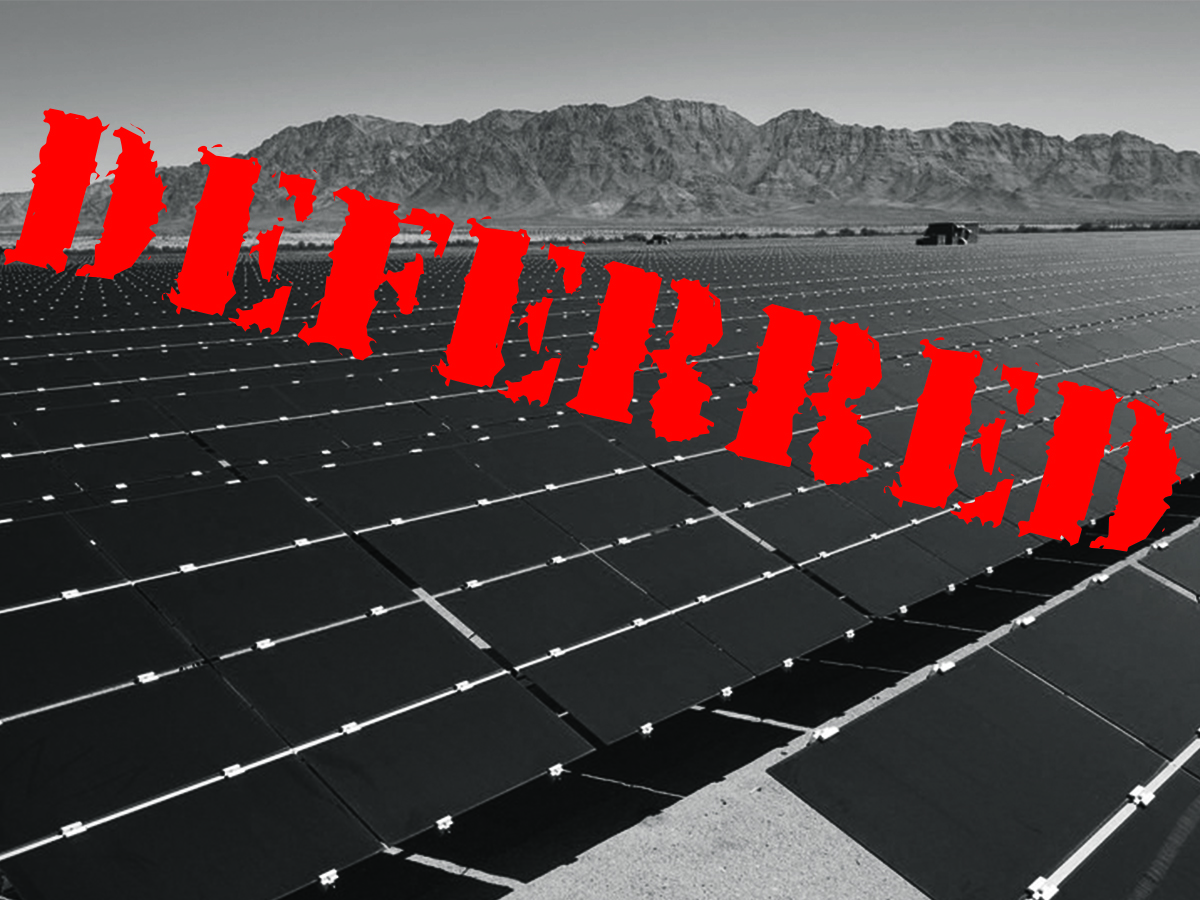 On Friday, Sept. 15, the Committee on Utilities and Energy deferred Senate Bill 100 (SB 100), which would have committed the State of California to generating 100 percent of its power from renewable energy by 2045. Authored by President Pro Tempore of the California State Senate Kevin de Leon, SB100, if passed, would have made California the largest economy in the world to generate 100 percent of electricity from renewables.

Despite approval from 76 percent of constituents according to a California Public Interest Research Group (CALPIRG) press release, several members of the committee are suspected to have switched their votes from support to opposition shortly before the bill was set to be voted on, allegedly at the behest of union and electrical utility associates. Among those mentioned as allegedly changing their stances were Autumn Burke (D-62), Miguel Santiago (D-63), Bill Quirk (D-20) and Susan Talamantes Eggman (D-13).

Luis Quinonez, chief of staff for Assemblywoman Autumn Burke, denied the accusation in a phone interview. Quinonez explained that “Assemblywoman Burke voted on the bill in committee and never got the chance to vote on it at end of session.” Quinonez continued, “Our office never communicated a change in position from the assemblywoman.”

Assemblyman Santiago had a similar response to the accusation. “It is completely false and irresponsible for someone to state that my vote changed on SB 100; in fact I voted for the measure in Committee in July of this year,” said Assemblyman Miguel Santiago in a statement provided by Santiago’s Chief of Staff Jackie Koenig via email. “The legislative process is multi-layered. SB 100 was amended after my initial vote was cast, and in the End of Session rush, the author and the Chair of the Committee decided to hold the measure for further consideration next year. I look forward to reviewing and supporting it again at that time.”

In a letter sent to environmental groups provided to the Highlander by Press Secretary Garo Manjikian, Chairman of the Utilities and Energy Committee Chris Holden (D-41) said, “I believe the ambitious goals laid out in SB 100 are a critical part of our clean energy future and that’s why I voted for it when it was first heard in the Utilities and Energy Committee earlier this summer.” Holden continued, “However, there was late and very vocal opposition that arose only in the last week of the legislative year. Due to the late hour, and the new constitutional requirement that prohibits amendments to legislation in the closing days of session, there was not sufficient time to vet those concerns and consider how they could be addressed.”

Assemblymember Quirk also responded to the accusations in a statement provided by email from Quirk’s Chief of Staff, Tomasa Dueñas. “I supported SB 100 when it was heard in Assembly Utilities and Energy Committee because the author took a number of significant amendments and I was assured that the bill was not a mandate,” said Quirk. “Although the author continued to work with advocates on both sides, I became concerned about language that remained in the bill, declaring the renewable target a state policy. Had that language been modified or removed my concern would have been addressed. My concerns were independent of any arguments made by the opposition and a reflection of my over 40 years studying energy policy.”

The capitol office of Talamantes Eggman did not immediately respond to a request for comment, before time of print, regarding the truth of the allegations.

Julia McLaughlin, the campaign organizer for the UCR chapter of CALPIRG, said in a phone interview that “we know we need to move away from dirty energy and fossil fuels,” continuing by saying “people in higher positions need to make that commitment.” McLaughlin blamed special interests for the bill’s deferment saying, “Special interests win again and again and it will never be easy, it takes a few times,” referring to the passage of bills.

Tim Hughes, a second-year environmental sciences major and UCR CALPIRG chapter chair, is optimistic that the bill will be passed. “As a country we are starting to want to be moving in a direction to be more environmentally stable,” he said, “and because of that I think it definitely has a chance to be passed next session and possibly the session after that.” When asked if he believed special interests will keep defeating the bill as claimed, Hughes responded, “I think there comes a point where the assemblymembers and those in office start to realize who put them there and start to side with the public interest and what their constituents really want.”

Ronald Loveridge, former mayor of Riverside and professor of political science at UCR personally endorsed the bill, echoing state senator Robert B. Presley, who represented California’s 36th district from 1975 to 1995, saying, “If 20 percent of it passed or 30 percent of it passed, he did not regard that as a defeat. He regarded that as a success in moving the ball down the court. So, what the legislation will find, it is difficult to say, but I think Presley’s notion in terms of energy and environment, we’ll move the ball down the court.”

Mya Ho, secretary of UCR CALPIRG and fourth-year public policy major, said that she is confident the bill will pass eventually. “We have the unique opportunity to show how shifting to clean energy can stimulate our economy, protect our beautiful environment and become healthier communities overall. Let’s set a positive example for our country and the rest of the world.”