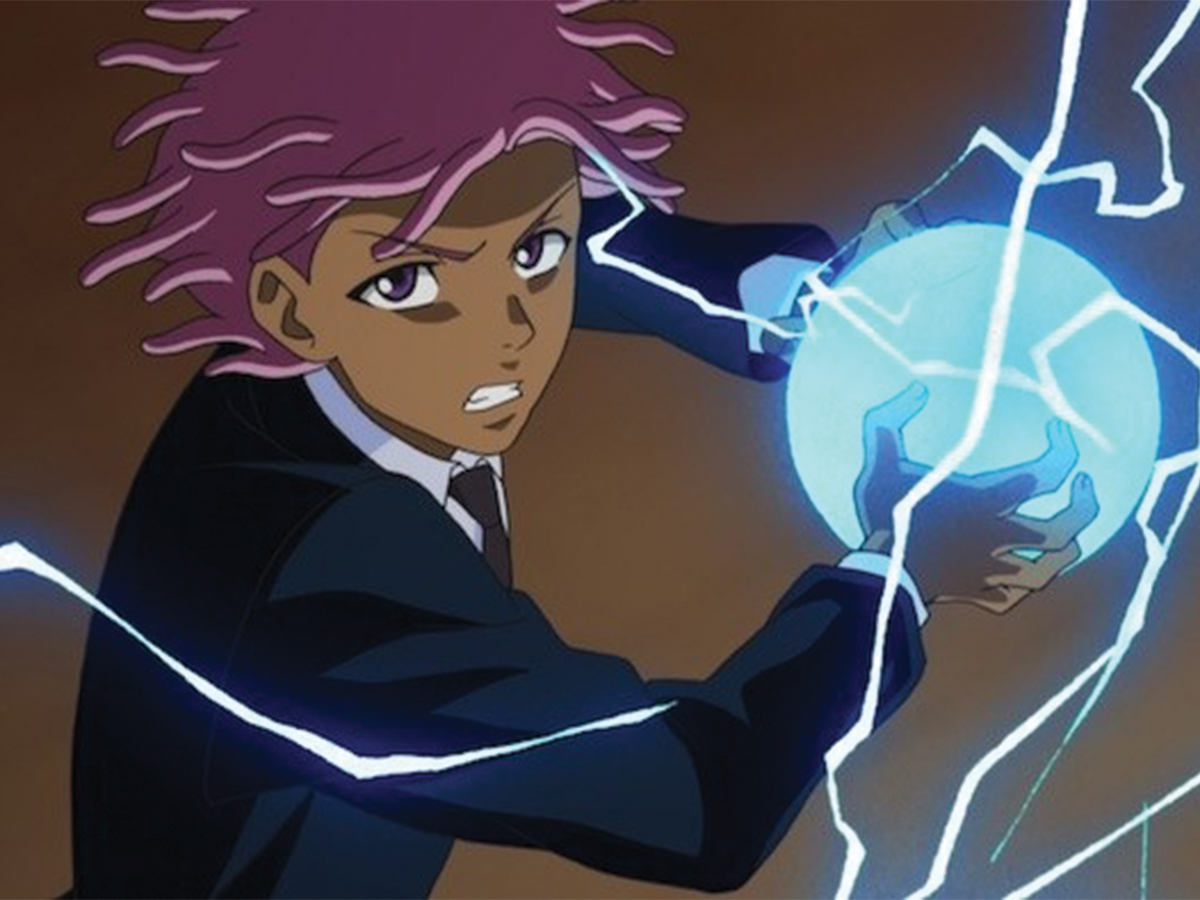 Vampire Weekend’s Ezra Koenig has an American anime on Netflix starring Jaden Smith and it’s as wacky as that sounds. Smith is Kaz Kaan, a super-rich kid with nothing but loose ends who also happens to hail from a family of demon slayers known as Magistocrats. He and his pals live in Neo Yokio, a futuristic reimagining of New York where pomposity and elitism are in vogue. Demons, here rendered as balls of light with a predisposition to country accents and harsh banter, occasionally stop by to wreak havoc and give Kaan something to do.

The show’s first season is comprised of six episodes, each barely over the 20-minute mark, making it an easy binge watch for anyone interested in off-kilter humor and admittedly subpar animation. The goofy humor may come across as genuinely — rather than ironically — cringe-inducing, but therein lies the charm of the show. It doesn’t take itself too seriously, finding joy in silly interactions that push Kaan further into his self-prescribed depression. Big Toblerones, Steve Buscemi, mecha-butlers and great music make the show a great romp of a time.

Ka5sh, the god-tier meme bigwig we previously profiled, dropped two long-awaited singles showing off their love for early 2000’s emo and pop-punk. Produced by Yung Skrrt, who also produced the “Ka5sh EP,” both songs display the poppier side of Ka5sh that peeked through their previous hip-hop heavy tracks, taking direct influence from bands like Fall Out Boy and Taking Back Sunday. In between digitized harps and swirling electric guitars, Yung Skrrt’s melodies give Ka5sh a sweet, sometimes angsty sonic backdrop to vent about their love life. Ka5sh’s aggressive — and aggressively autotuned — voice is singularly charming, an impassioned delivery that makes them one of the more refreshing artists in modern hip-hop and pop; tell all your friends.

Lomelda is the musical project of Hannah Read, a Texas musician on the excellent independent record label Double Double Whammy and “Thx” is a project befitting of that excellency, skirting along gentle country tinged melodies and cathartic confessions.

The second project under the moniker Lomelda is a gentler one, a series of mostly stripped-down confessionals that’d sound best rendered on porch steps on a warm afternoon. On the album’s second track, “Bam Sha Klam,” Read offers an impassioned crescendo as foggy guitars and clamoring percussion almost mask her pragmatic hope with sadness, “It’s gonna be slow going from here on out.”

And she’s right — most of the album finds Read, sober from the emotional release until the album’s closer, “Only World.” It’s a sound structure that finds her speaking to friends, lovers and even the late Elliot Smith, inviting listeners to share the intimate space.