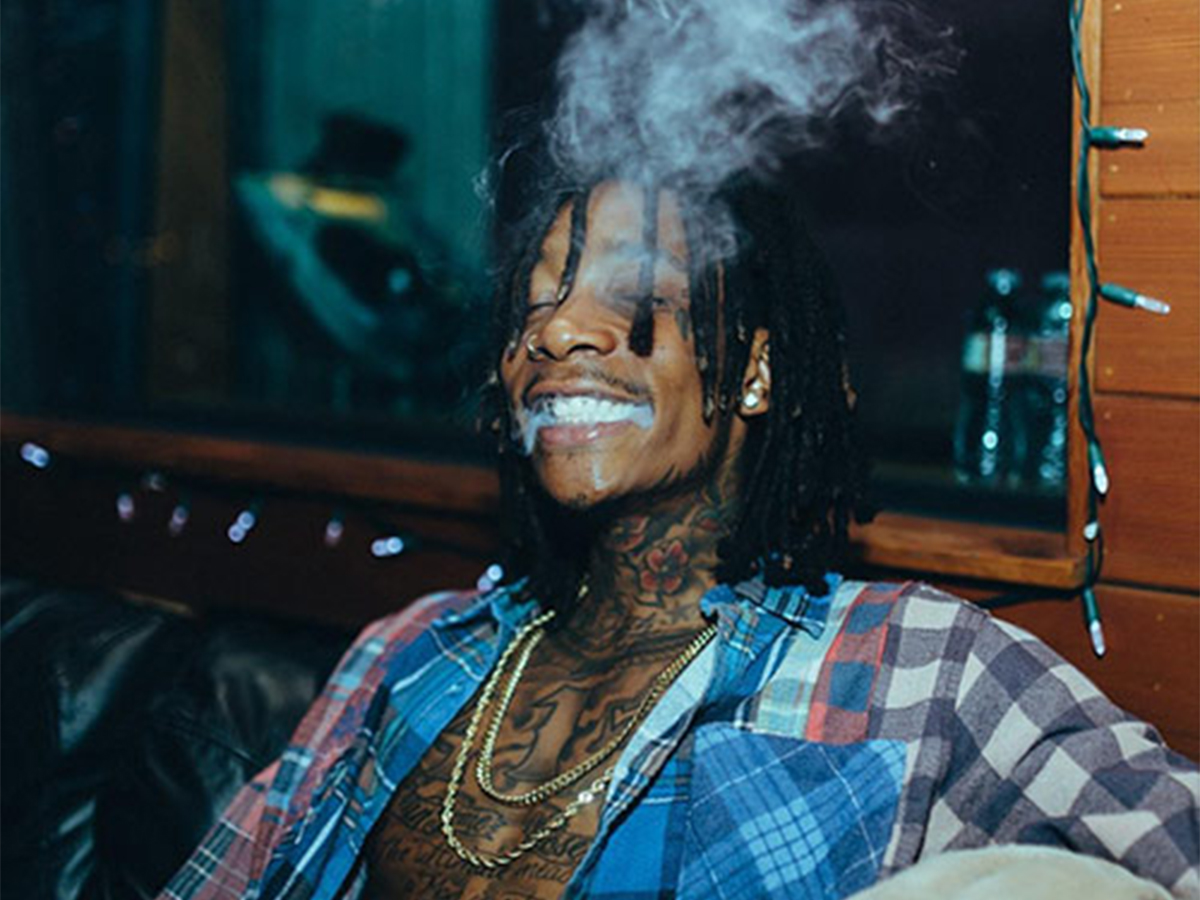 Wiz Khalifa is a hotly-debated rapper whose brand of stoner rap has cultivated a dedicated fanbase as well as a fair show of critics who cannot identify with him. He tends to avoid anything outside of his comfort zone, rarely making much of an attempt to explore new frontiers in lyrical substance beyond his lavish, unequivocally cool lifestyle. However, his fans hail him for his ability to stay true to himself and not fall into trends to catch the ear of younger demographics. Whatever side of the Wiz spectrum of fandom you’re on, there’s no denying the Pittsburgh native’s hit-making ability: “Black and Yellow,” “We Dem Boyz,” “See You Again” and “Bake Sale,” to name a few, are tracks that have made him a mainstay on the top 40 throughout the past decade. But even among those in Wiz’s favor, it’s clear that his new mixtape, “Laugh Now, Fly Later,” is nowhere near his best work.

On the tape’s 8th track, “City of Steel,” Wiz himself plainly states that the tape is just a warm-up for his highly anticipated upcoming album “Rolling Papers 2.” “We’re just happy to give you guys this mixtape man/ Hold y’all over til the album comes,” he lazily says at the end of the track. So to be fair, it’s a self-admitted collection of throwaways. However, some tracks are so unpolished that they seriously put into question the merit of the tape’s release. “I always supply it anytime you want/ There ain’t no need to deny/ You’re suppose to be in the sky/ Some people think it’s a lie, but I don’t even know why,” he halfheartedly raps on “Plane 4 U.” The song’s glimmering, low-bpm, R&B type beat feels like we’ve heard it before, with growling 808s and a sloppily sung, unoriginal and uninspired hook that leaves no imprint on the listener. At certain moments, it’s hard to get through. During most of each complete listen, I found myself somewhat offended at how aimless and half-assed Wiz’s efforts on most of the songs were. It was almost as if I was wasting my time looking for good in the project.

But even amongst the static in “Laugh Now, Fly Later,” there are still bright spots on the tape that ring optimistically for Wiz’s upcoming album. “Royal Highness” is one of those bright spots, though this may be more attributable to Casey Veggies than Wiz himself, who lends his vocals to both the hook and the first verse of the song. It’s a silky R&B-rap hybrid primed for a suave entrance into the VIP section. The Cookin’ Soul-produced “Figure It Out” is the project’s best and most sincere effort, which features Wiz dishing out advice on optimism through adversity in the pursuit of happiness and the almighty dollar. Alongside “Long Way To Go,” a smoker’s anthem that features drum and bass lines that beg for a Rick Ross feature, “Figure It Out” was one of the only saving graces that prevented the project from being complete disaster.

Wiz is 30 years old right now, which is an age in the industry where you either prove your longevity or fall into the annals of yesterday’s rappers. This is a threshold that separates the great from the good. Rappers like 2 Chainz, Rick Ross, Kanye West and Eminem, to name a few, have released projects in their 30’s with success and avoided sounding like old men in a young man’s game. A polished, well-received release would maintain Wiz’s relevancy in the eyes of many and could easily make this bump in the road of a tape he just released redeemable. But should “Rolling Papers 2” turn out to be anywhere near as weak as “Live Now, Fly Later,” it could very well mean the inevitable end of a decade of Wiz’s relevance.

Verdict: Wiz Khalifa delivers a half-hearted effort of a mixtape with “Laugh Now, Fly Later,” but still leaves us with a few replayable tracks that remind listeners how he got to his level of stature in the first place. However, often times his familiar, (sometimes too) relaxed delivery and playful, kush-infused lyrics fail to come across with resolve in this effort, and leave us in suspense over whether or not “Rolling Papers 2” will be worth the wait that fans have endured.